October 22, 2013
This past weekend was beyond amazing; I got the chance to reconnect with a great group of ladies.
From late elementary school through middle school I had a very tight group of girl friends. We were far from popular but we had each other and we were smart, creative, funny and supportive, and that was more than enough.

Then in eighth grade, I moved to a new school. A year later another girl from the group moved out of state. We made efforts to keep in touch and had a couple, all-group get together's, but slowly we drifted apart. From my side of things, they were a bright spot for me during those early years - and in many ways a saving grace - while a lot of the rest of my life was chaotic, messy, and unhealthy. I ended up going to three different high schools and, in an effort to find myself and some solid footing, I tried burying parts of my past...I wanted to become someone different. When I finally came around to embracing my past...it's both the good and the bad that make us who we are...it felt like too much time had gone by to reconnect. So I thought about them often, prayed they were doing well, but did not do much else.

Then, thanks to Facebook, I was able to "spy" on them from a far.  The girls who stayed, or landed, back in central Iowa developed a solid adult friendship. Several months back one of them, Amanda, contacted me about having a group, get together in Chicago. I jumped at the chance and offered to let them stay at my home.

The excitement of seeing them again kept most worries at bay, but I did wonder a bit if things would be awkward: "would they still like me", "what would we talk about", etc. Then they arrived, we hugged, and even though so much time had gone by, and lots of life events had happened, it was in some ways like things had never changed. They were still smart, creative, funny, and supportive. They still made feel immediately safe and comfortable.


We stayed up to the wee hours of the morning talking and then somehow we were all up early and talked for hours more before we realized that Saturday was slipping by and we needed to head out to Chicago. There, we met up with the fifth member of our group, Andrea. She showed us around the shops were she works and took us to one of her favorite bars for some cocktails and then to a Thai restaurant for dinner. The evening went by was too fast and reluctantly, at around four in the morning, we decided we should call it a night and head back to my place. 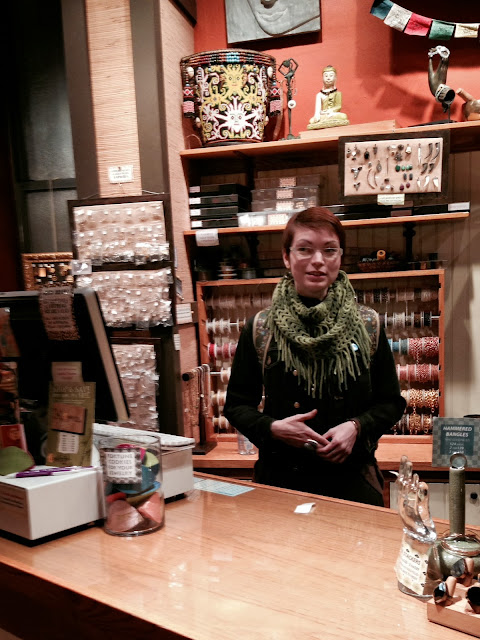 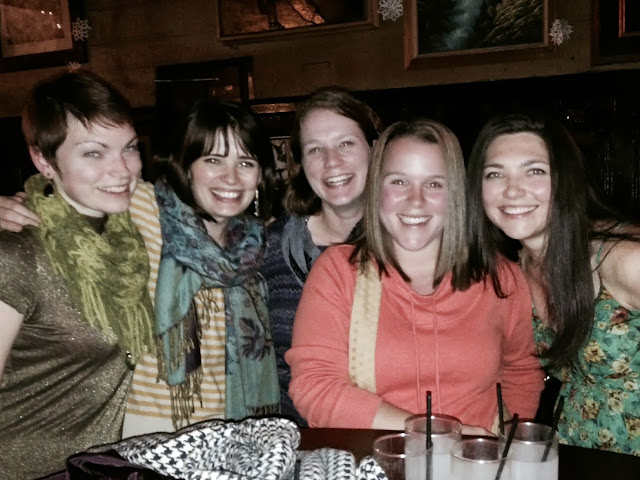 It was hard to say good-night and even harder to watch them head back to Iowa the next day. I'm so grateful to Amanda for taking the leap and planning to get us together. We've made promises/plans to do it again every year or so and I'm going to try my hardest to make sure it happens. Our world is becoming so transient that it's easy to move on, to get busy with new people and new things. I'm not saying that's all bad; life if full of seasons. But I'm learning that when people have loved you well, seen the real you through all your layers, and have made you a better a version of yourself, they are worth holding on to.