October 06, 2011
I had originally planned to focus on apples for only a week but The Buddy enjoyed a couple of the trays so much that there were a few left unexplored.  Instead of rushing on to the next thing I decided to do a second week of Apples which put the remaining trays to use, and allowed us to do a little cooking.

On Monday we made apple cake (following this recipe with just a few adjustments: substituting applesauce for the oil & cutting the sugar in half). 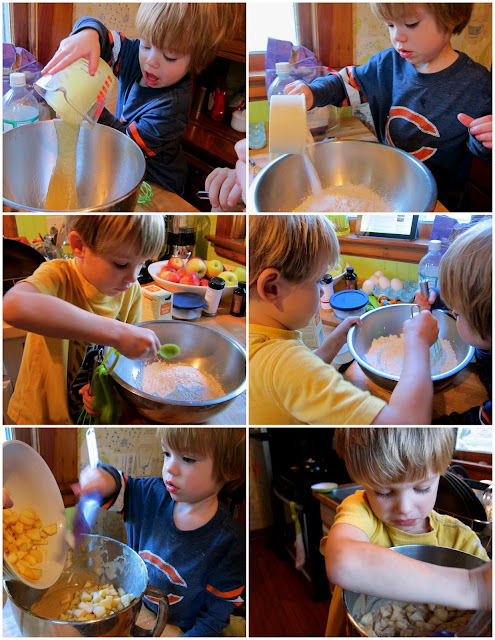 Even with the measurements not being quite exact (Mini Man is a very charismatic pourer) the cake turned out wonderfully. If you make it I highly recommend topping it with some homemade caramel. 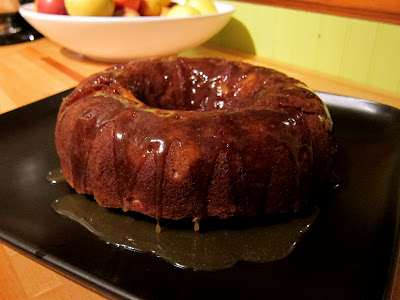 The Buddy wasn't sure about the texture of the apples but Mini Man loved every bite...too bad for him Mommy and Daddy ate it all before he could have seconds. 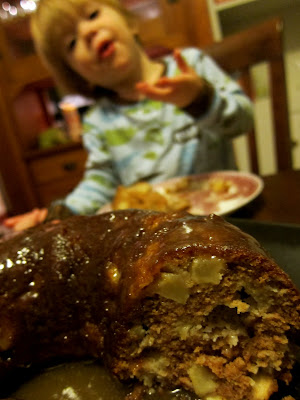 On Wednesday we made applesauce. We didn't use a specific recipe but instead worked from memory, referencing a Sid the Science Kid episode.  (I'm not a huge proponent of television/movies - our best days are when we don't watch anything - but there are those days when I need the kids occupied for a little while and for that I would highly recommend Sid.) 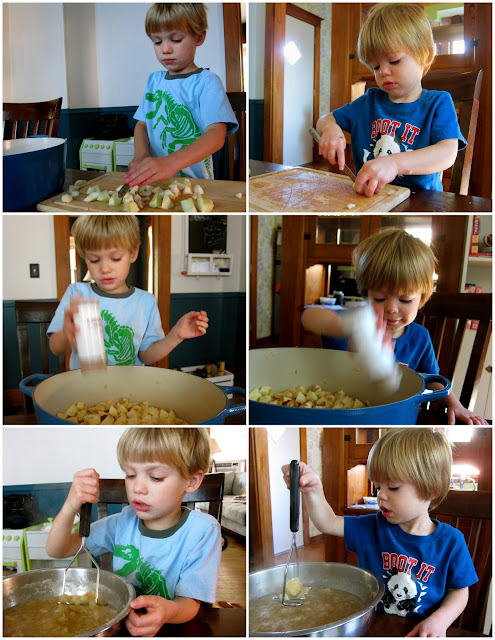 Both the boys enjoyed the applesauce - a big victory because The Buddy won't eat the store bought stuff, he thinks it's baby food. 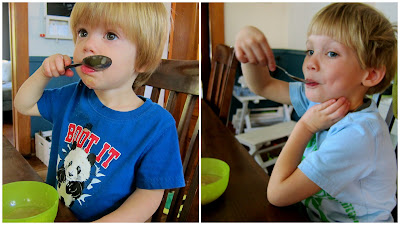 We had plans to do some more cooking tomorrow ( I want to try this recipe) but the weather is suppose to me so nice that I think we may meet some friends at a park instead...soon the snow and cold will be against us.