February 29, 2012
Jack and the Beanstalk is, by far, the fairy tale that has most intrigued our boys.  During the past month they have asked me to read it all most every day and, on their own, they started to act out the story - "fee fi fo fum" has become a common phrase in our house. I decided to focus their passion into a little crafting - no surprise there - and we created our own Jack and the Beanstalk scene.


Since this project developed over several days I don't have a picture of all our supplies but here is a list.

We started by using our dish-wands to paint a wrapping paper tube green. 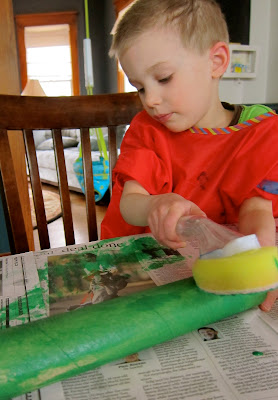 Then we painted the inside of a boot box blue 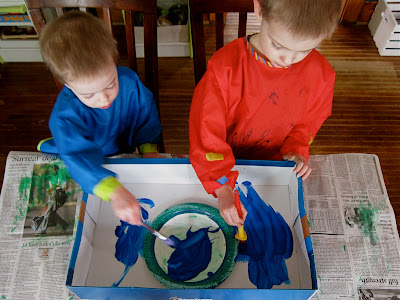 I drew leaf shapes onto green construction paper and then Big Buddy and I worked together to cut them all out. 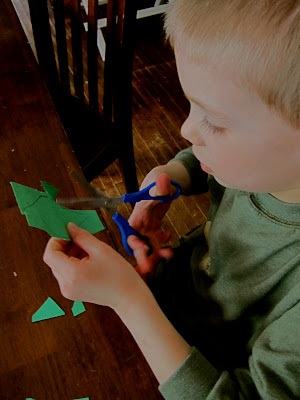 Then we used green glitter-glue to add detail to the leaves. 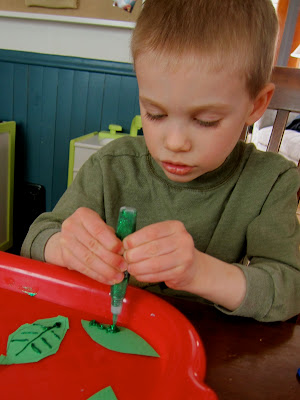 After the glue dried, I punched a hole in each leaf and then Big Buddy strung the leaves onto pipe cleaners. 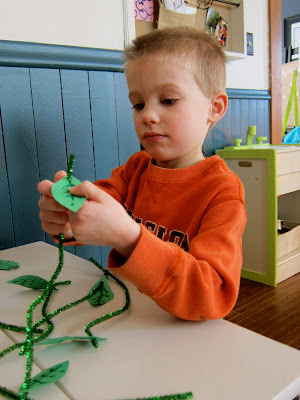 I also used the hole punch to make holes at the top and bottom of the tube where we knotted pipe cleaners. We then twisted the pipe cleaners around the tube connecting them to each other as we went. 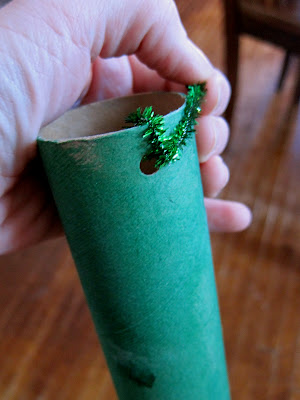 Then Big Buddy and I followed the directions in this video to build a simple craft stick castle for the giant. 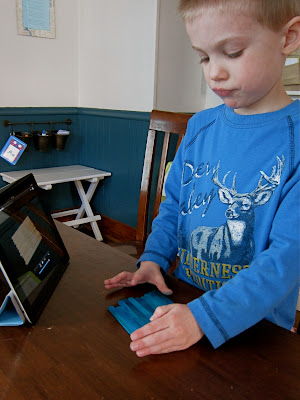 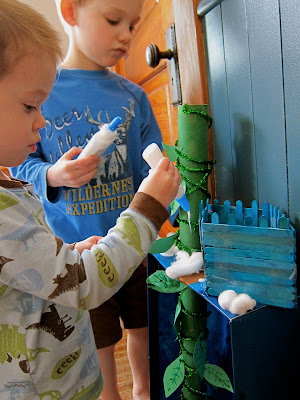 While waiting for parts of our castle to dry we also played with some beans.

The main reason I had bought the beans was to do a little science experiment (similar to this one) and see if we could grown our own "bean stalks".  Big Buddy needed some convincing before we started - he was adamant that he did not want to see a giant. He really had no need to worry, because before our beans could sprout, Little Lady discovered them and had herself a small snack - I think her and Mini Man will grow to be great friends.