February 22, 2012
This last weekend we took a trip a Target and it was glorious trip because several items in their dollar spot were 70% off - only $0.30! I like to keep to my eye open for fun painting tools and found a couple things that would work.  Of all of them, I was most excited about these dish-wands! 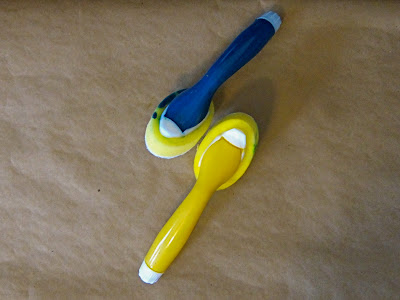 I had been wanting to test them out for a while, hoping they would work similar to Elmer's Sqeeuze N Brushes. I filled them up with a mixture of washable tempera paint and water and then tested them out on some old newspaper. It took awhile to get the paint to come out but they started to work like I hoped - victory!  Well not quite, because then things started to go wrong. Mini Man saw them sitting on the kitchen counter and he got excited - very excited - dish-wand-crashing-to-the-floor excited. Which left me with red paint all over kitchen and apologizing to my two-year-old for yelling raising my voice. Then, when it was time to paint, we couldn't get them to work! 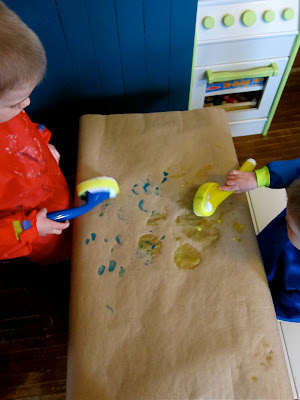 The boys were good sports and tried pressing the wands hard against the paper for several minutes. Finally, Big Buddy looked up at me and said "I think we need paint on plates". 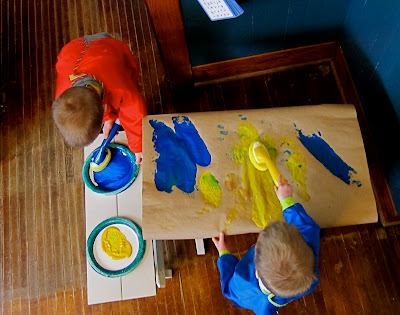 At first I was sad that my idea had failed, but then I looked at my boys and they were having fun. 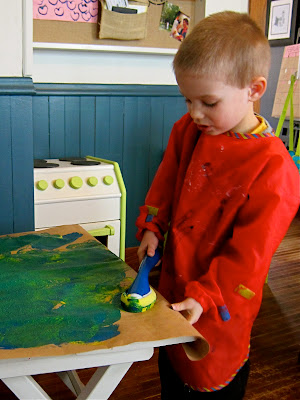 They didn't care that the paint didn't come from the wand.  They were happy with the new the tool and getting to mix colors. 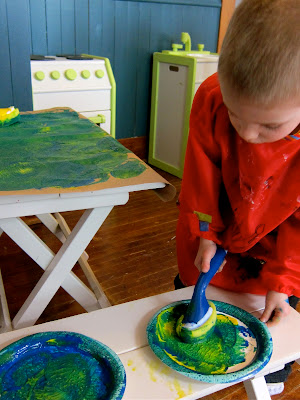 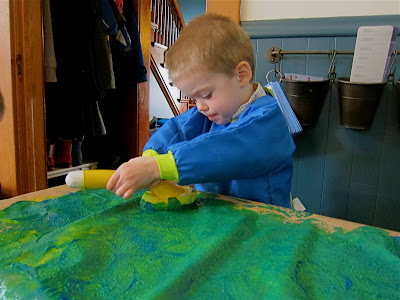 When we finished they were proud for their their work and they enjoyed using the wands so much that we later we used them again for another project. It didn't go according to plan, but I still think they were worth the $.30.