February 02, 2012
One of our favorite reads during our winter unit has been The Three Snow Bears. It is a retelling of Goldilocks and the Three Bears set in the Arctic.  Like all of Jan Brett's books the illustrations are wonderful and very detailed - Big Buddy spent a lot of time examining them. :) 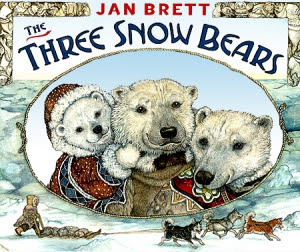 Since the book was a favorite we did a couple corresponding activities. First, we used used contact paper, shaving cream, and watercolors to create our own polar bear families.


The boys enjoyed the shaving cream so much that once they finished their art project the they got out their polar animals and played with them in shaving cream. 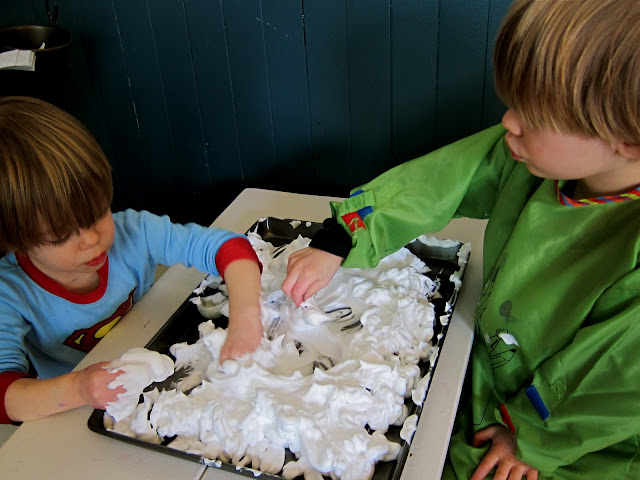 Later, I also showed the boys our bear counters which we sorted by size and color. 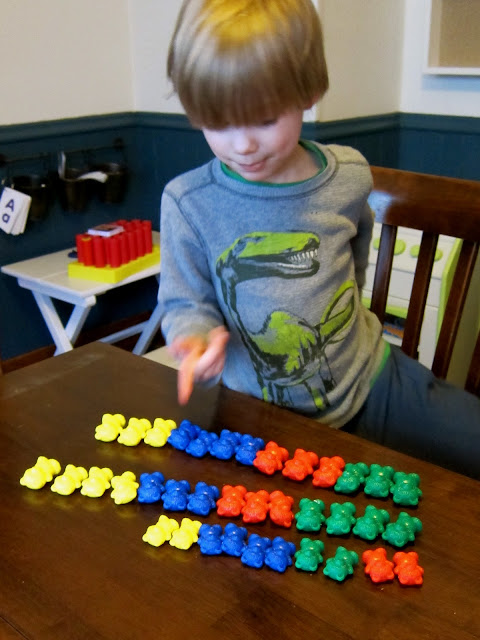 Recently we've enjoyed playing the card game "war" as a family so we also used the counting bears to create a "war" weighing game.  We made cards (you can print them off here) that depicted a number and a size of bear. The players each flip over a card and then put the number of bears (small, medium, or large) into the their side of the scale.  The player whose bears weigh the most wins the round and gets to keep both cards. The player with the most cards at the end wins.