May 04, 2013
Thursday evening I got a special treat - some one-on-one time with Mini Man. It's the end of the school year at Jeremy's university and he had planned to take the boys to the seniors awards gallery, but Mini Man wanted to stay with Mommy and Little Lady is currently obsessed with her daddy. While we watched the rest of our crew head out I asked Mini Man what he wanted to do and he excitedly replied "make cookies with chocolate pieces!" 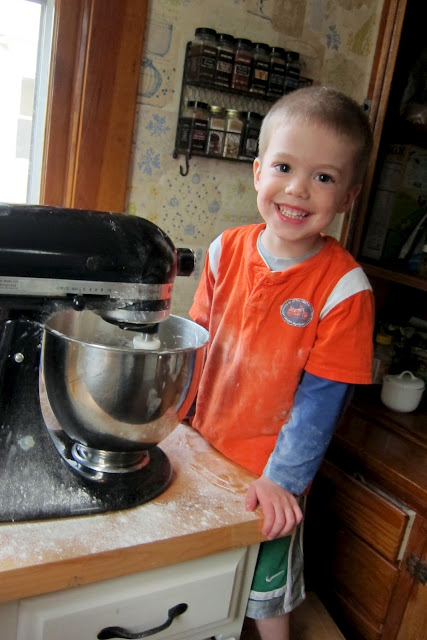 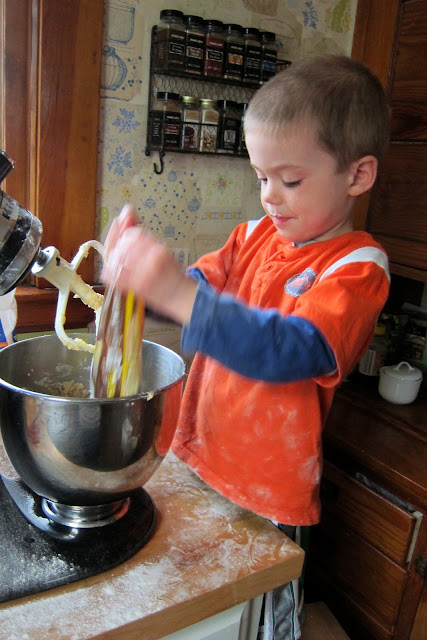 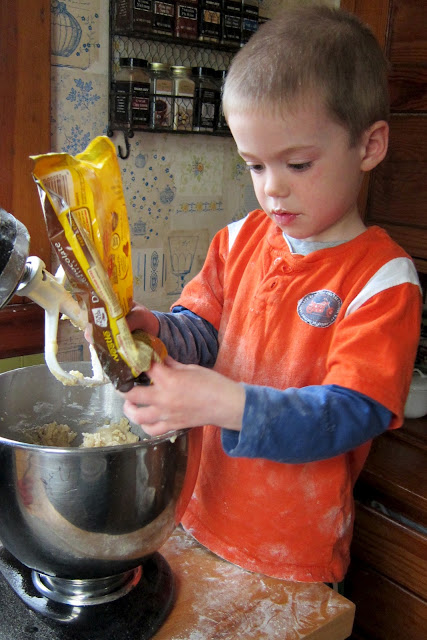 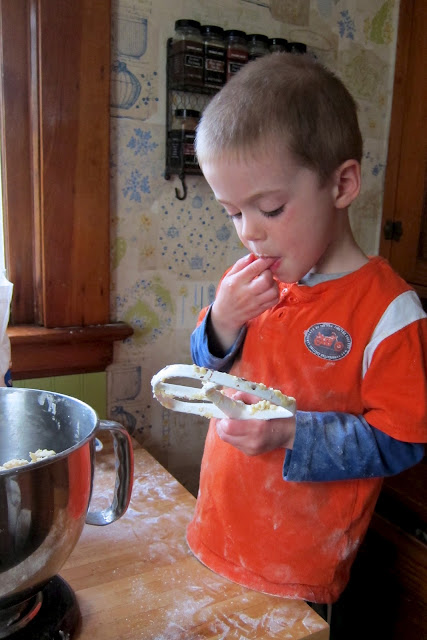 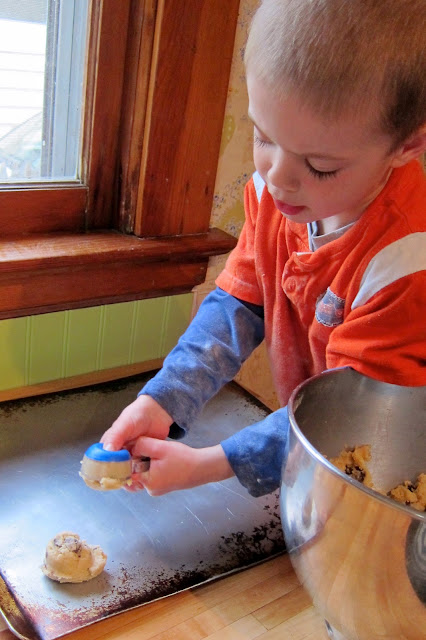 It's nice baking with just one kid because I didn't have to worry about controlling the chaos as much and therefore he got to do a lot more. I read him the recipe but Mini Man pretty much did the rest all on his own. This did result in flour flying all over the kitchen and a few chocolate chips rolling around the floor, but it was just us in the house so clean up was a breeze. Since it was just us, I also let him taste every ingredient that went into the bowl (except the the egg - i drew the line there). This kid has always been very oral and is known for tasting (or attempting to taste) everything. More strange than that, he usually enjoys it. For insistence he insists that sand & play-dough are yummy. He also loves lemons, pickles, spicy food, and black coffee.  As he gets older, he's getting better at not putting things in his mouth. He deals with his temptation by explaining to anyone who will listen that sand, paint, play-dough, etc are not for eating. He's still extremely curious about how things taste though, and whenever we bake he asks what the baking soda, flour, and extract taste like. This time I figured what the heck, they won't hurt him, I'll let him try - he thought they all were yummy.

He did, however, agree that all mixed another and baked is when they tasted best. 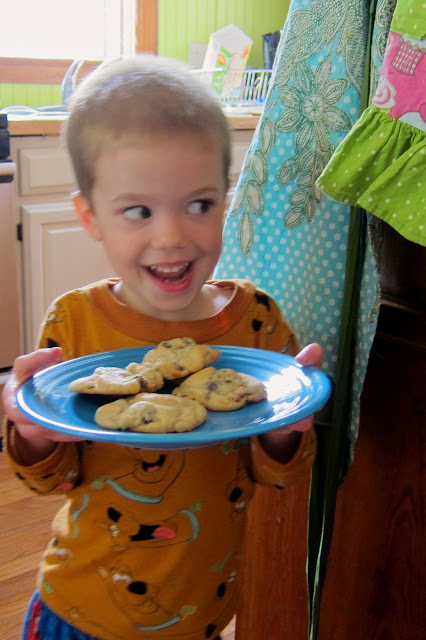