November 29, 2013
This was the first year we held Thanksgiving in our home. It was just us and one other guest which was perfect because it meant I didn't stress too much over all the cooking. I actually enjoyed spending the day in the kitchen. Jeremy had a brilliant idea of posting a little sign on the door frame so the kids would know who's turn it was to be helper and who had to stay out. Everyone did a little something but Mini Man enjoyed helping the most and as result spent the most time in the kitchen. 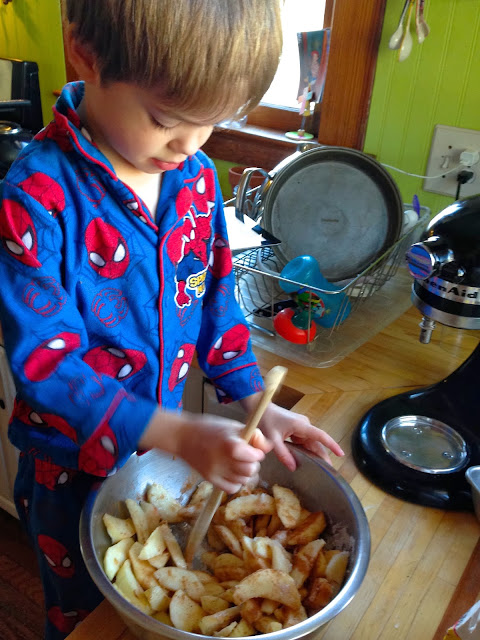 We ended up splitting our feasting in to two meals. Around lunch time we had pumpkin soup, cranberry-spinach salad, and bread with maple bacon cookies for dessert. 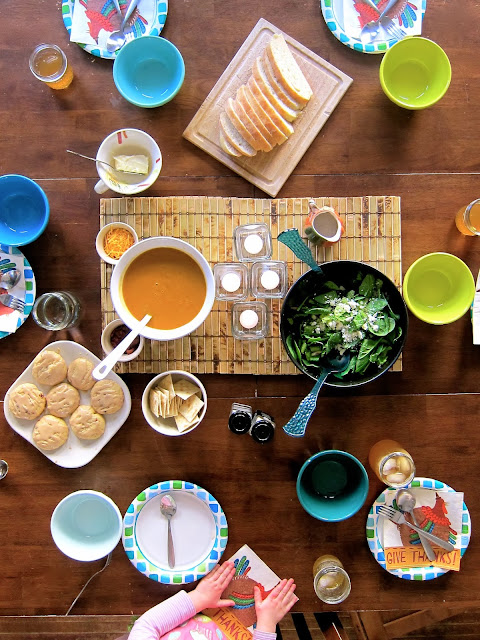 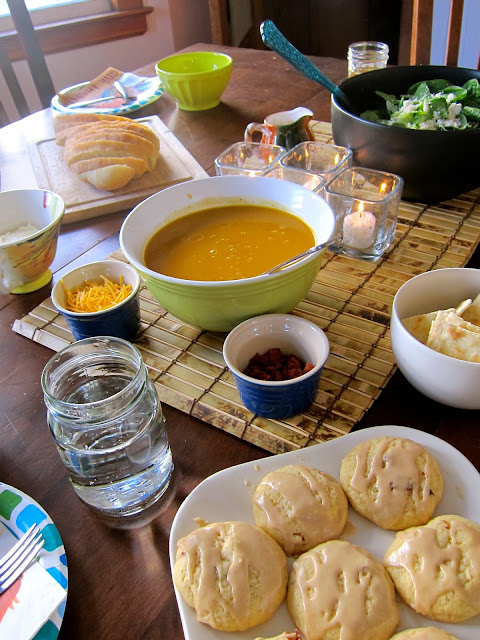 Then several hours later we enjoyed turkey, ribs, and a bunch of sides. 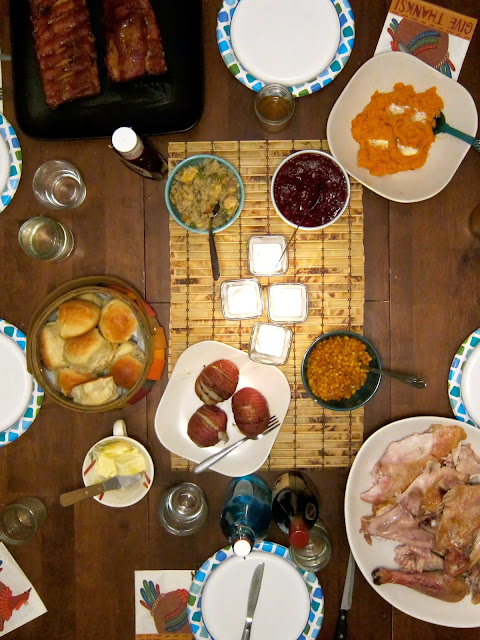 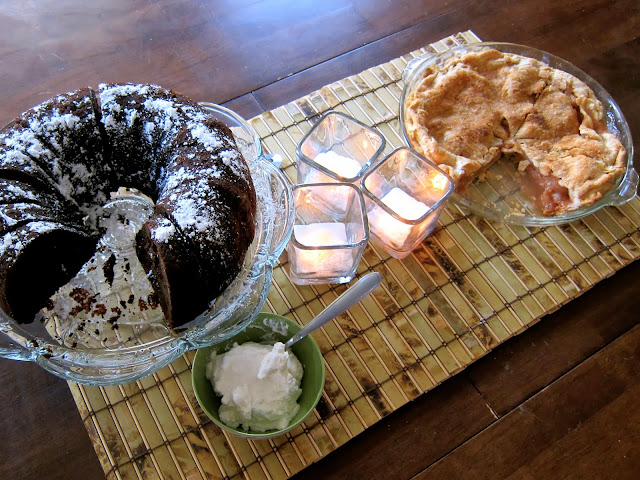 I have a ton to be thankful for; not the least of which is my three crazy, adorable, funny kiddos. Here's a little video of them sharing what they are thankful for.