Last weekend we headed to southern Illinois to see some family. Every summer Jeremy's aunts host Camp Cousins for all their nieces and nephews, who are over five. It's basically a weekend long pool and junk food party. This was Big Buddy's first year. He had a blast! His favorite part was sleeping in the tent with the older boys.

While he was at Camp Cousins Jeremy's aunts put the rest of us up in a cabin at Giant City State Park. It was beautiful. There were lots of rock cliffs and gorgeous trees. 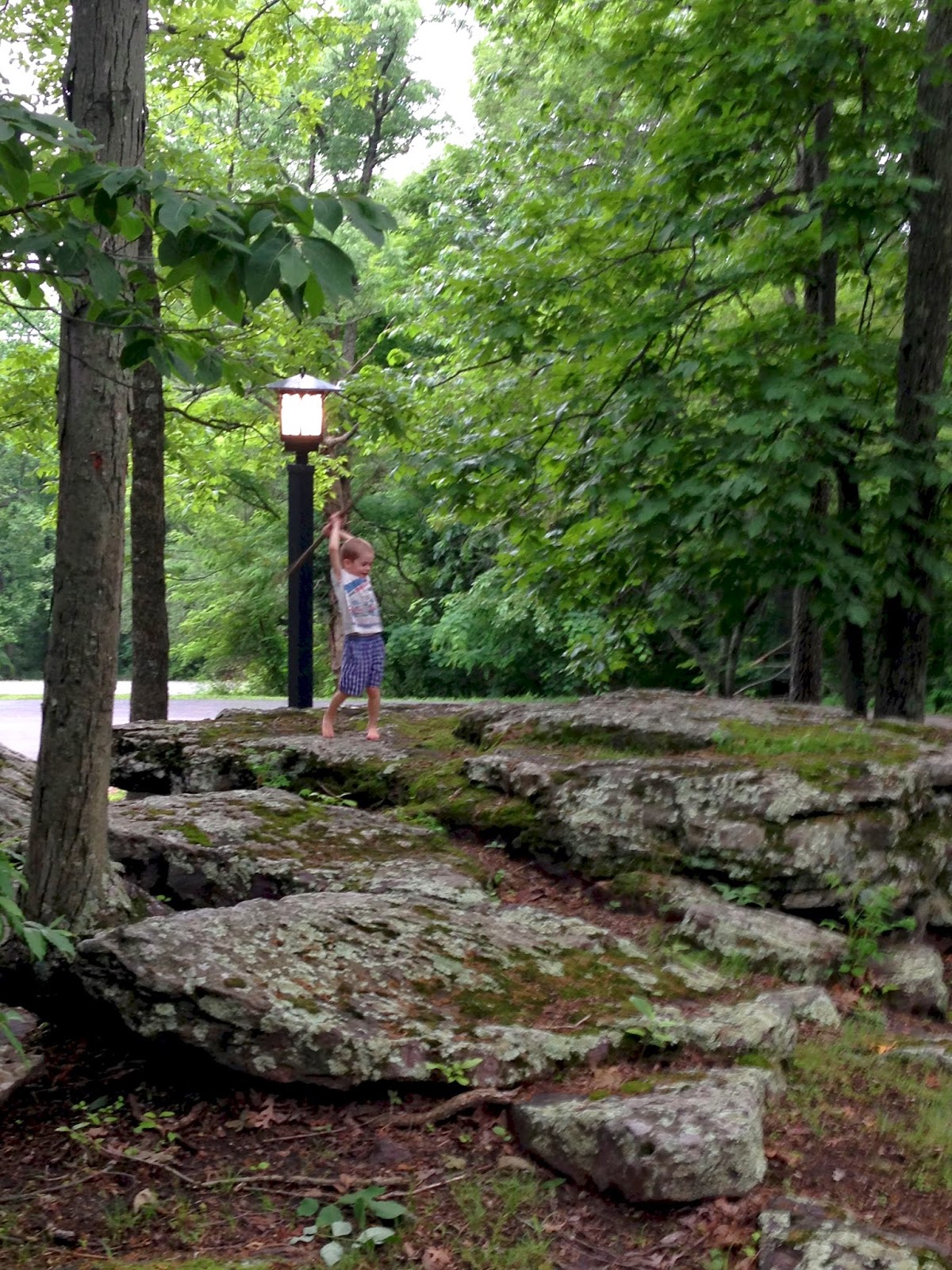 Watching these two sleep together was so precious, they are such good friends! 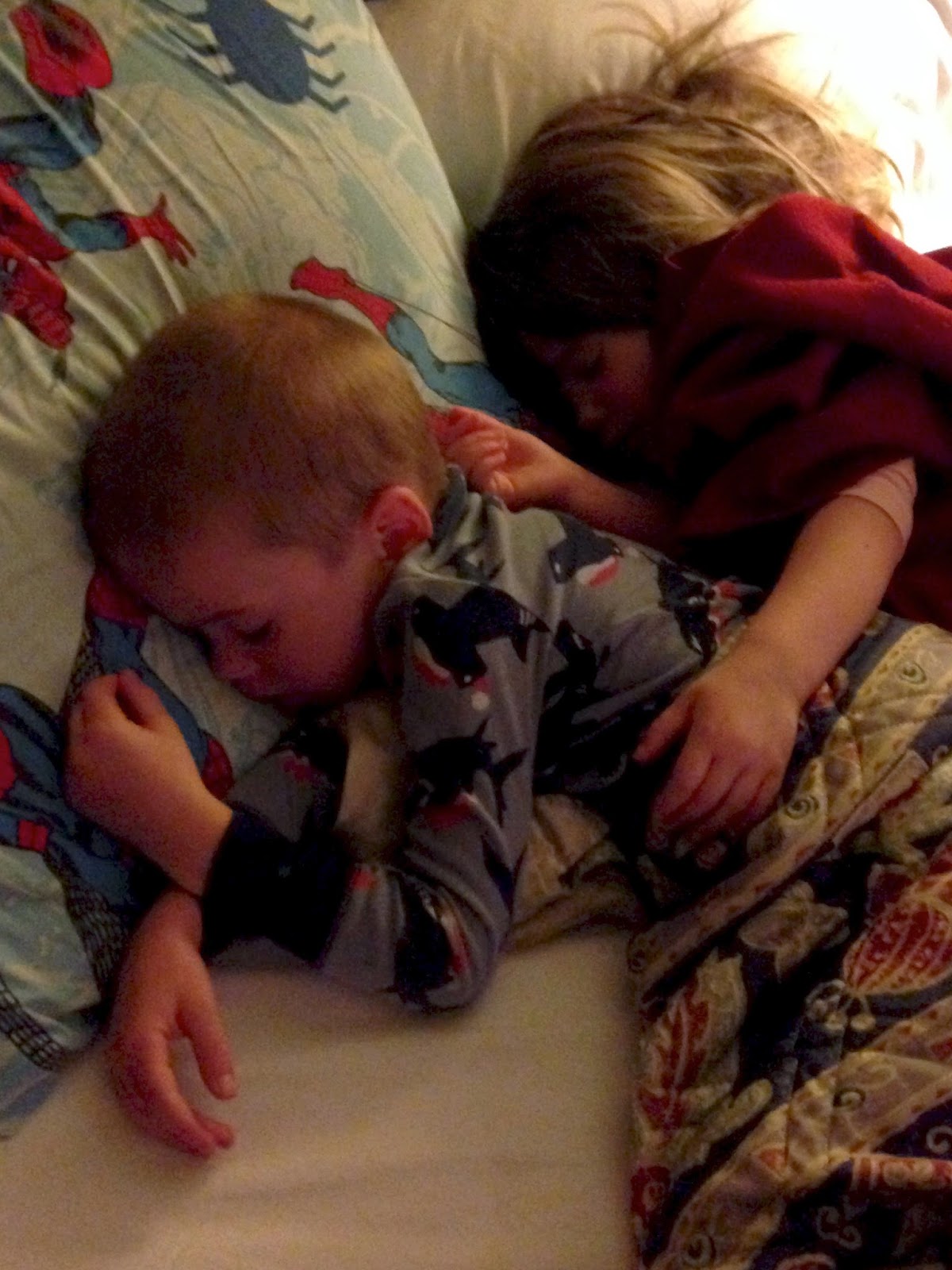 They had restaurant at the park where we ate a couple times. Little Lady loved looking at the menu and then telling the waitress exactly what she wanted. One day morning it was, "bacon, just bacon, please!" 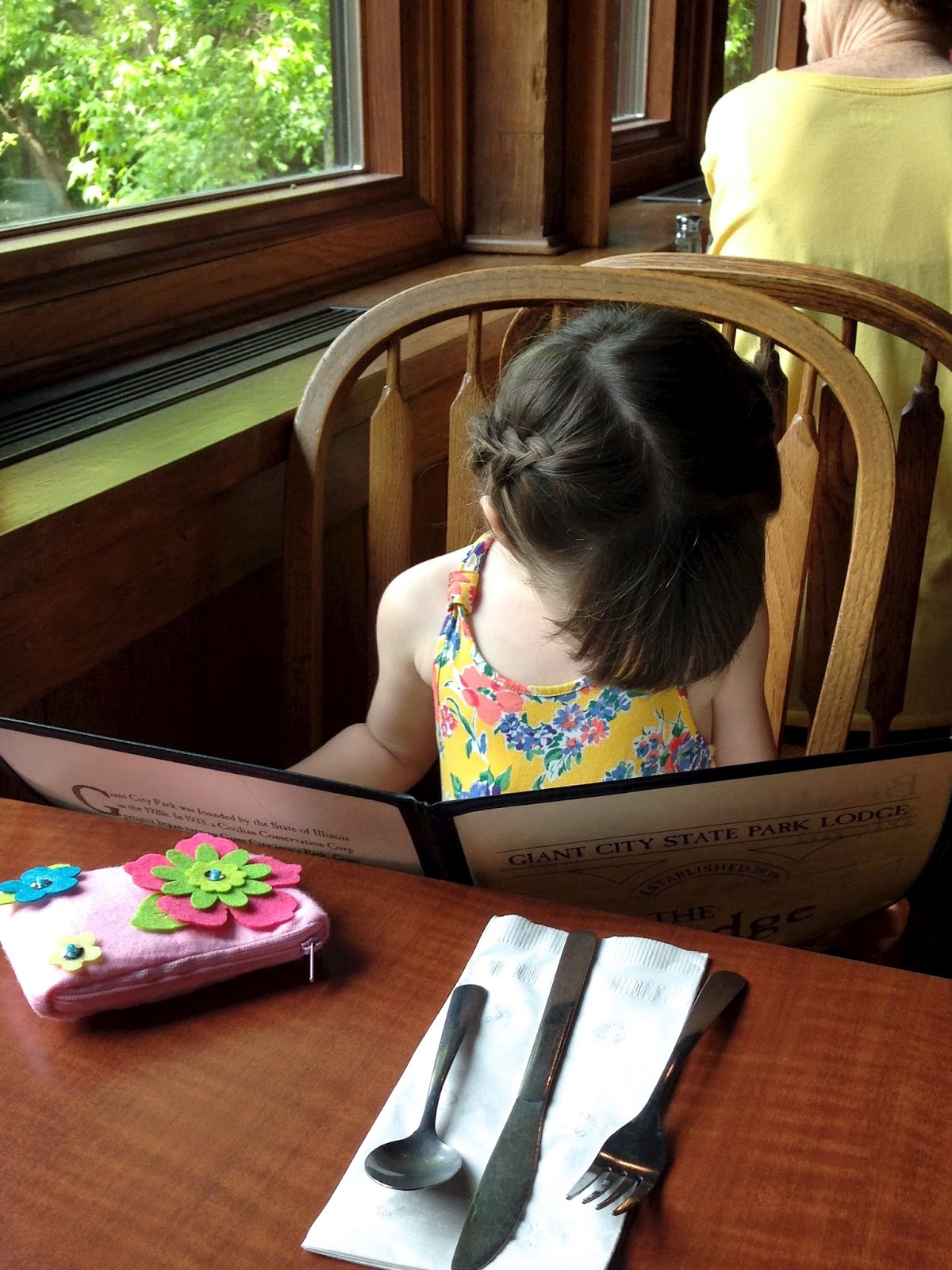 Our first morning there I went for a run on one of the trails. It was so much more breath-taking than I expected. 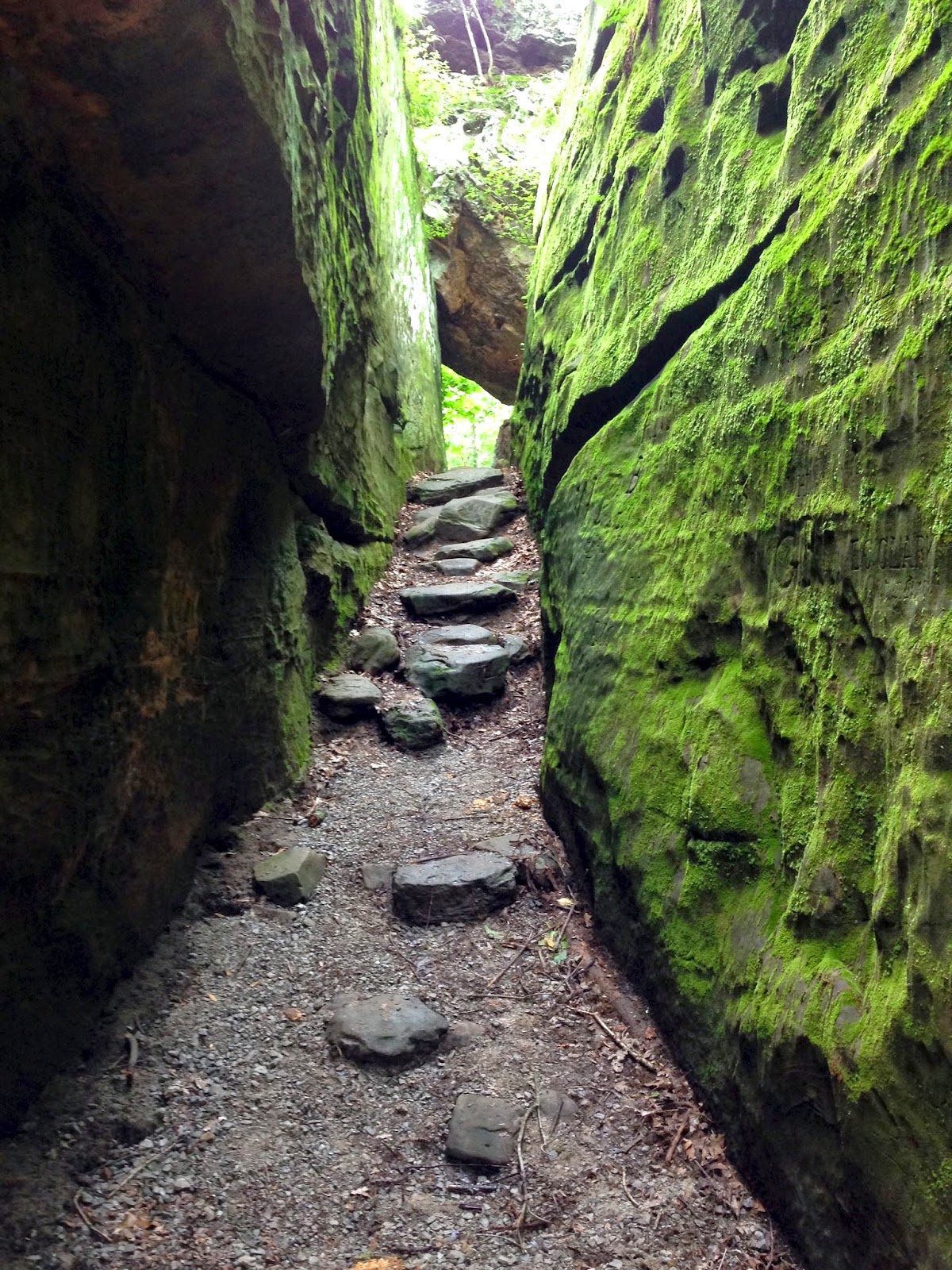 Later that day I drug ever one else back so I could share it with them. 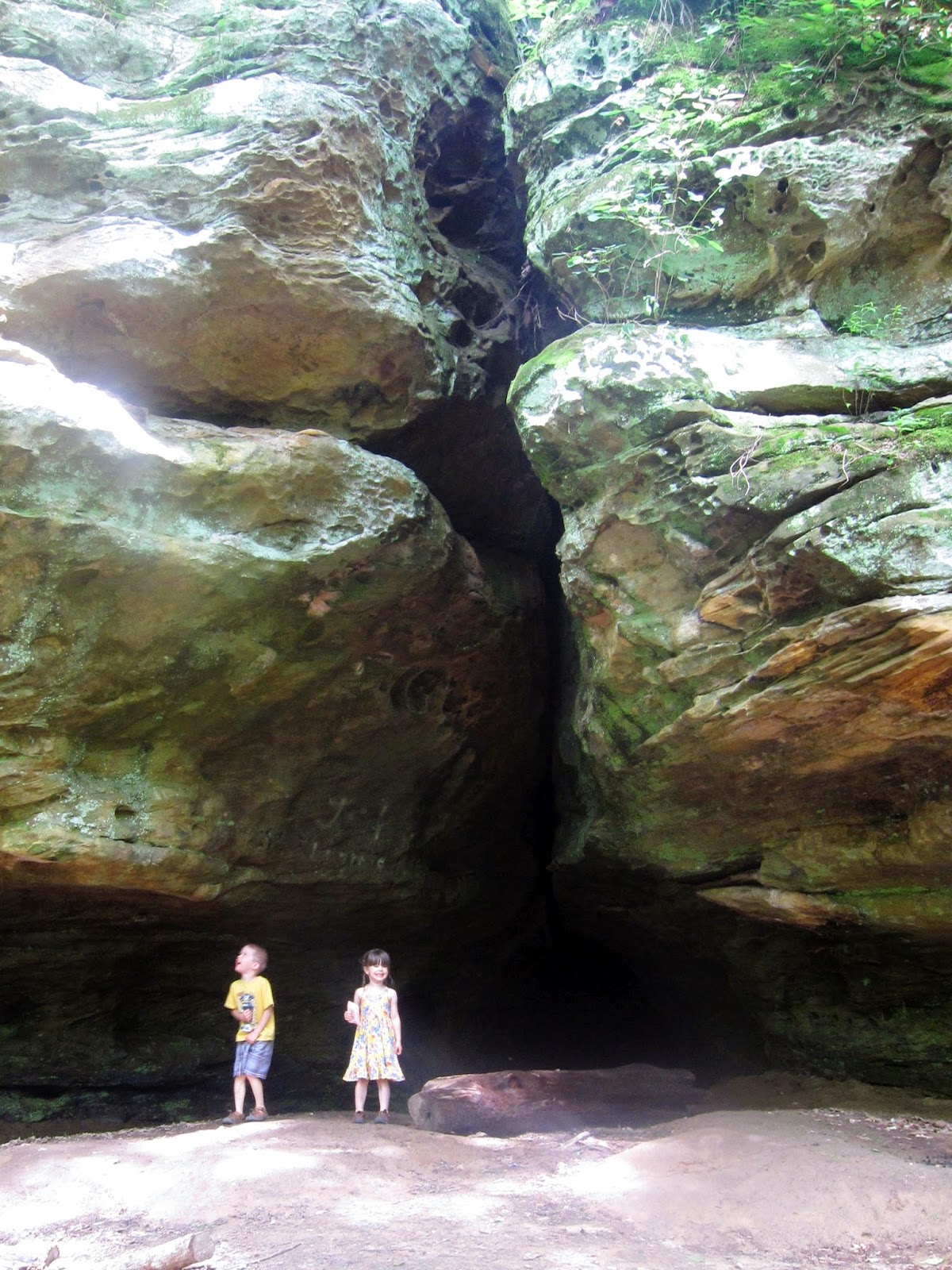 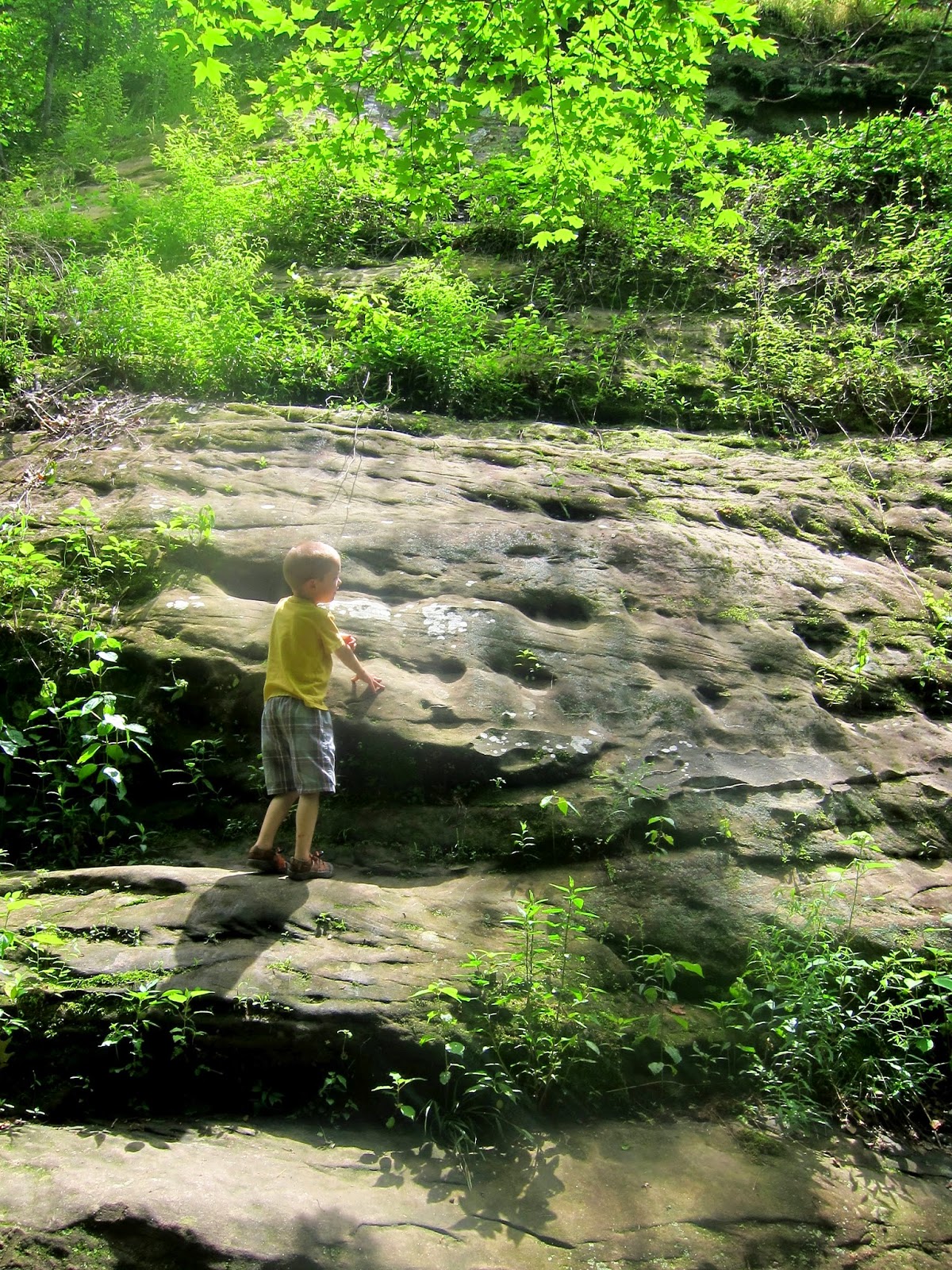 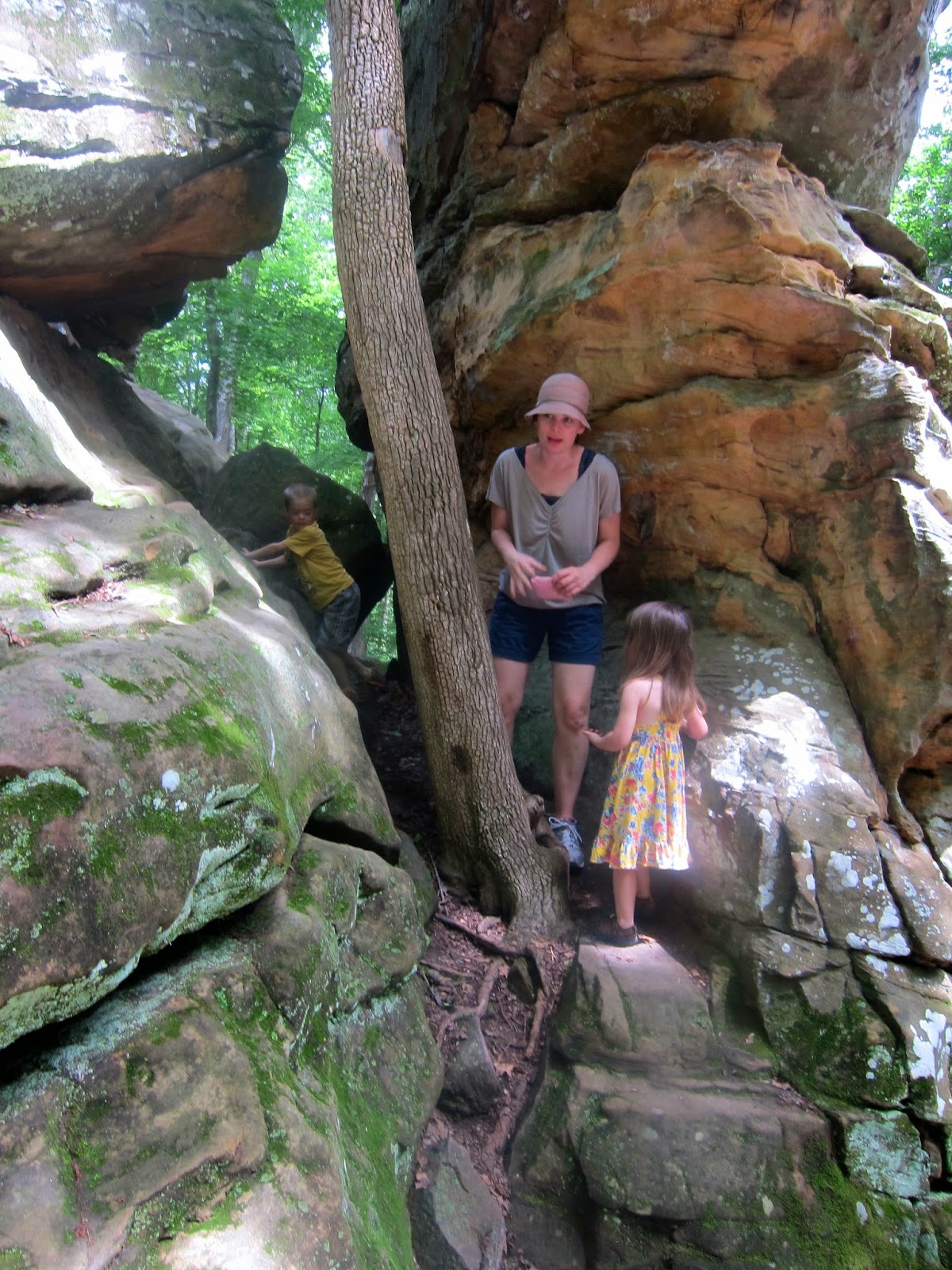 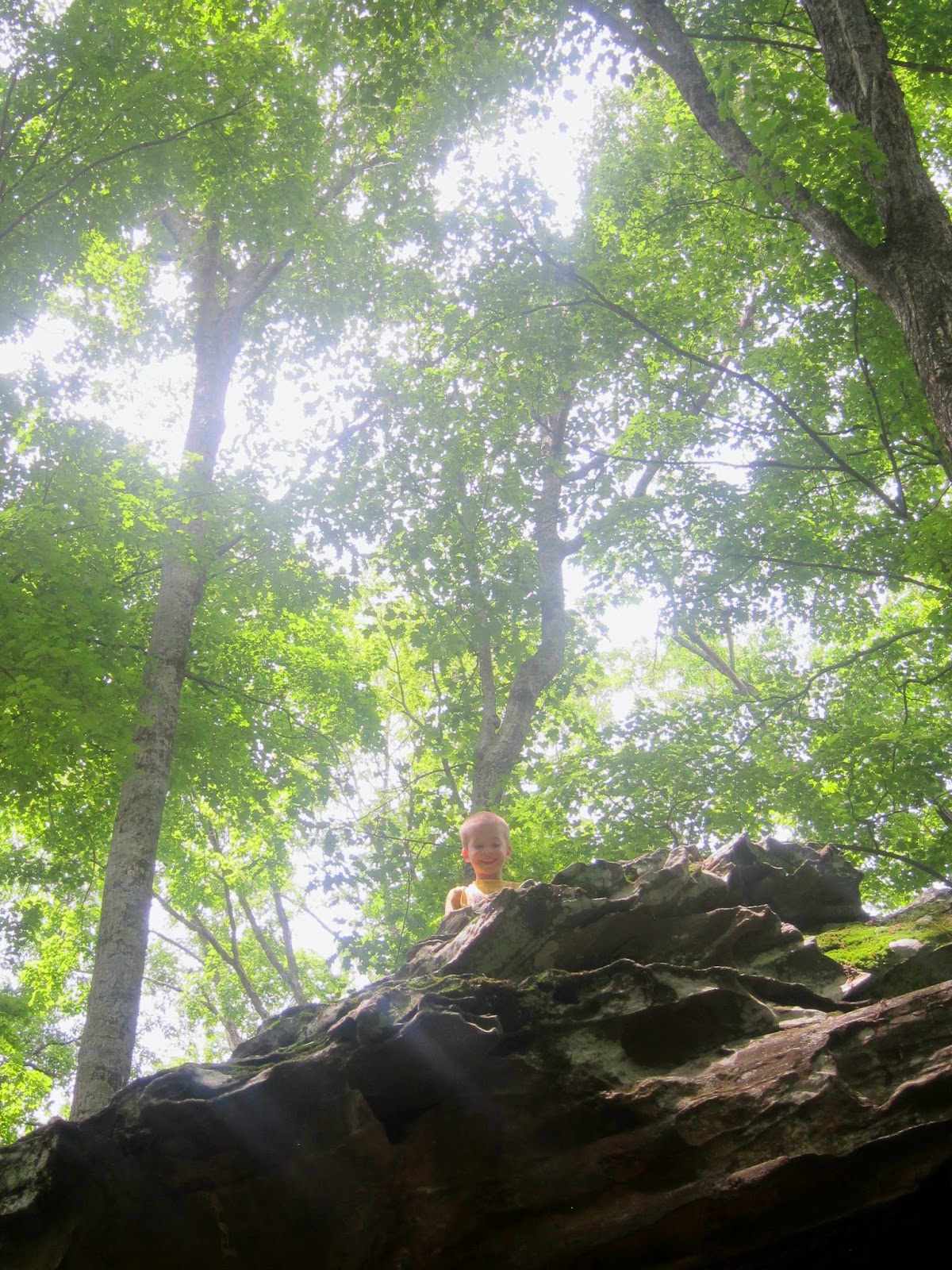 Mini Man was running around like crazy trying to see everything but still managed to spot more wildlife then the rest of us. He said saw a couple newts, a lizard, and even caught a couple frogs/toads. 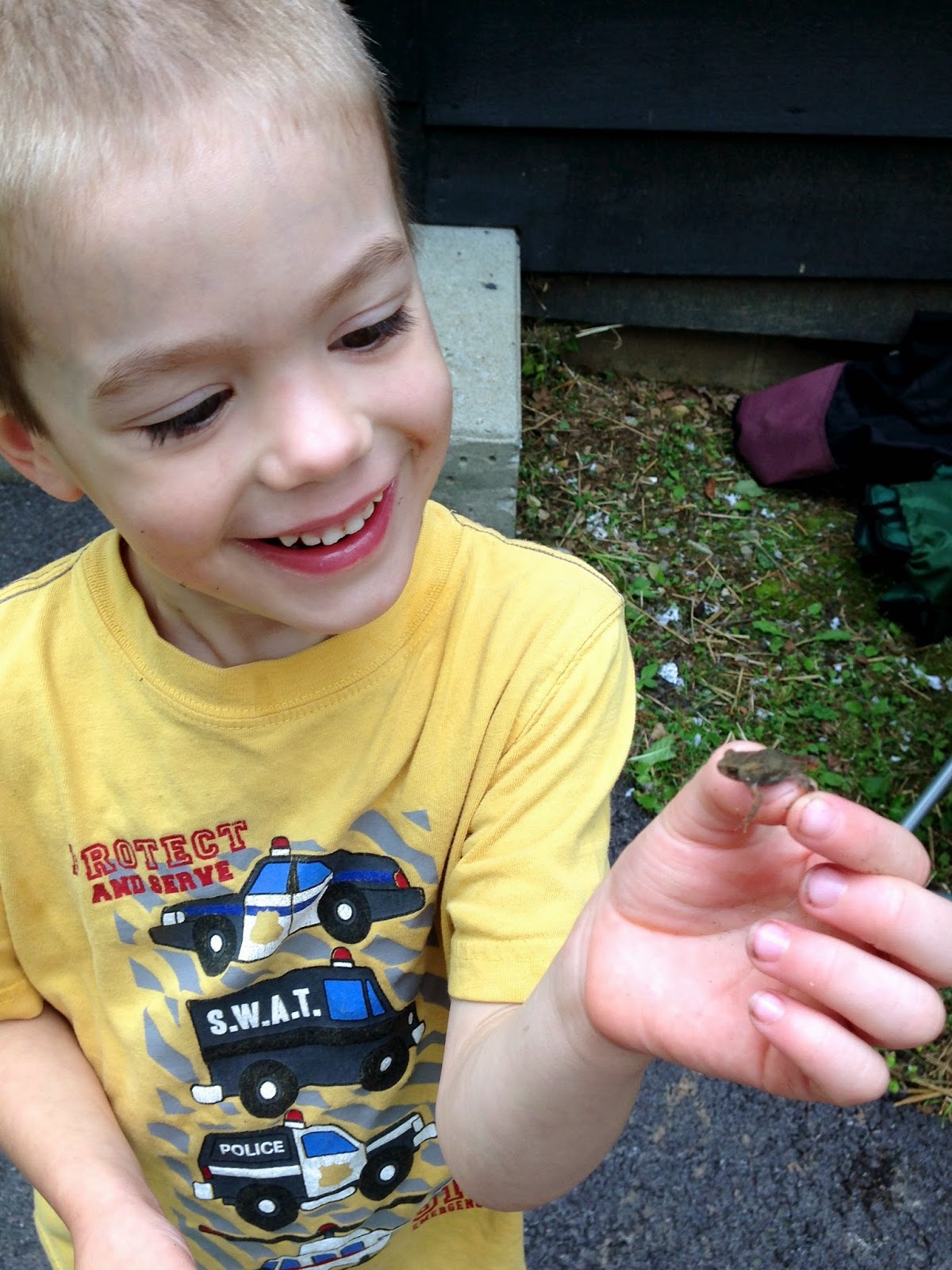 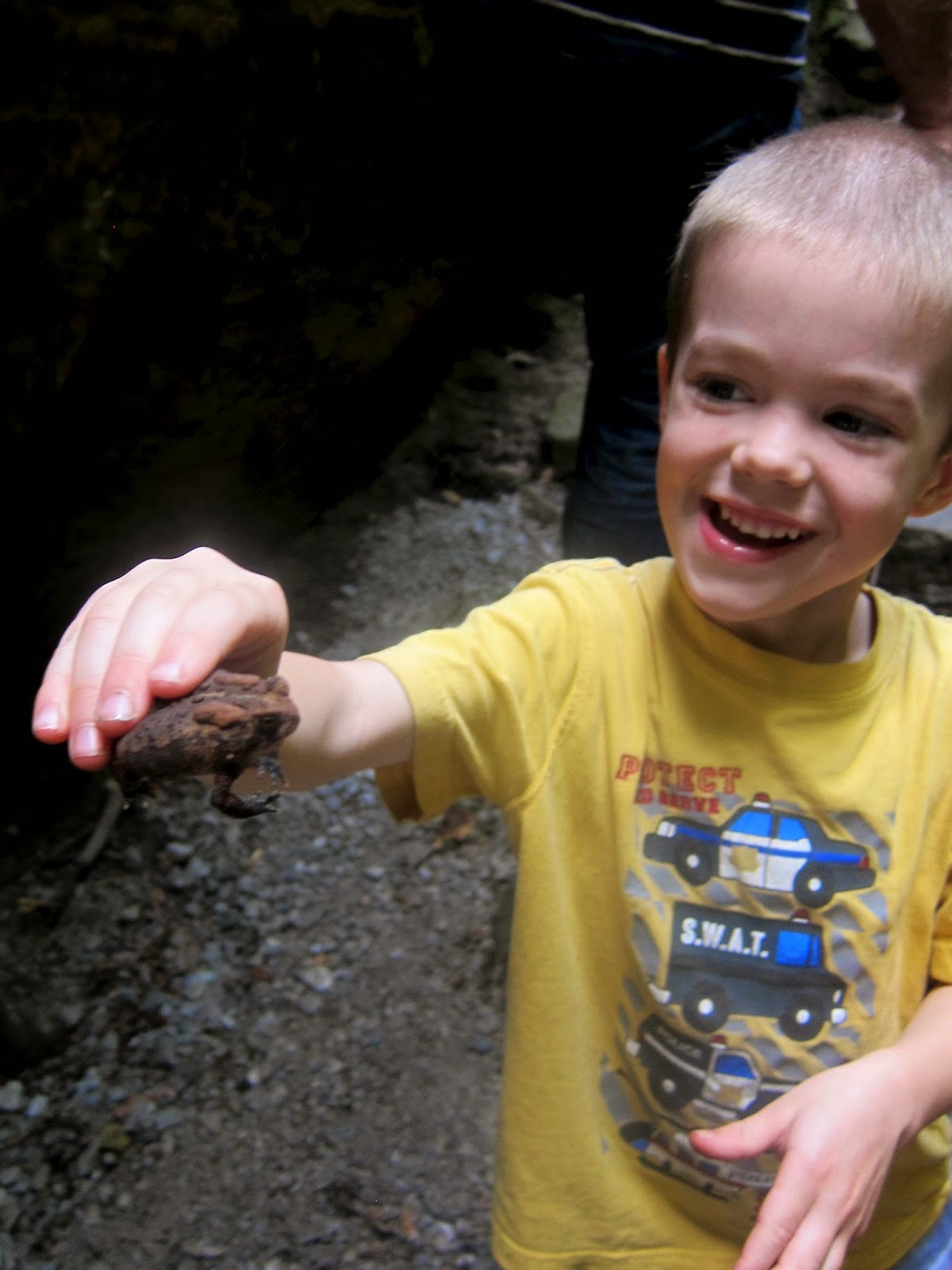 Our last morning there we climbed up to the top of parks water tower. 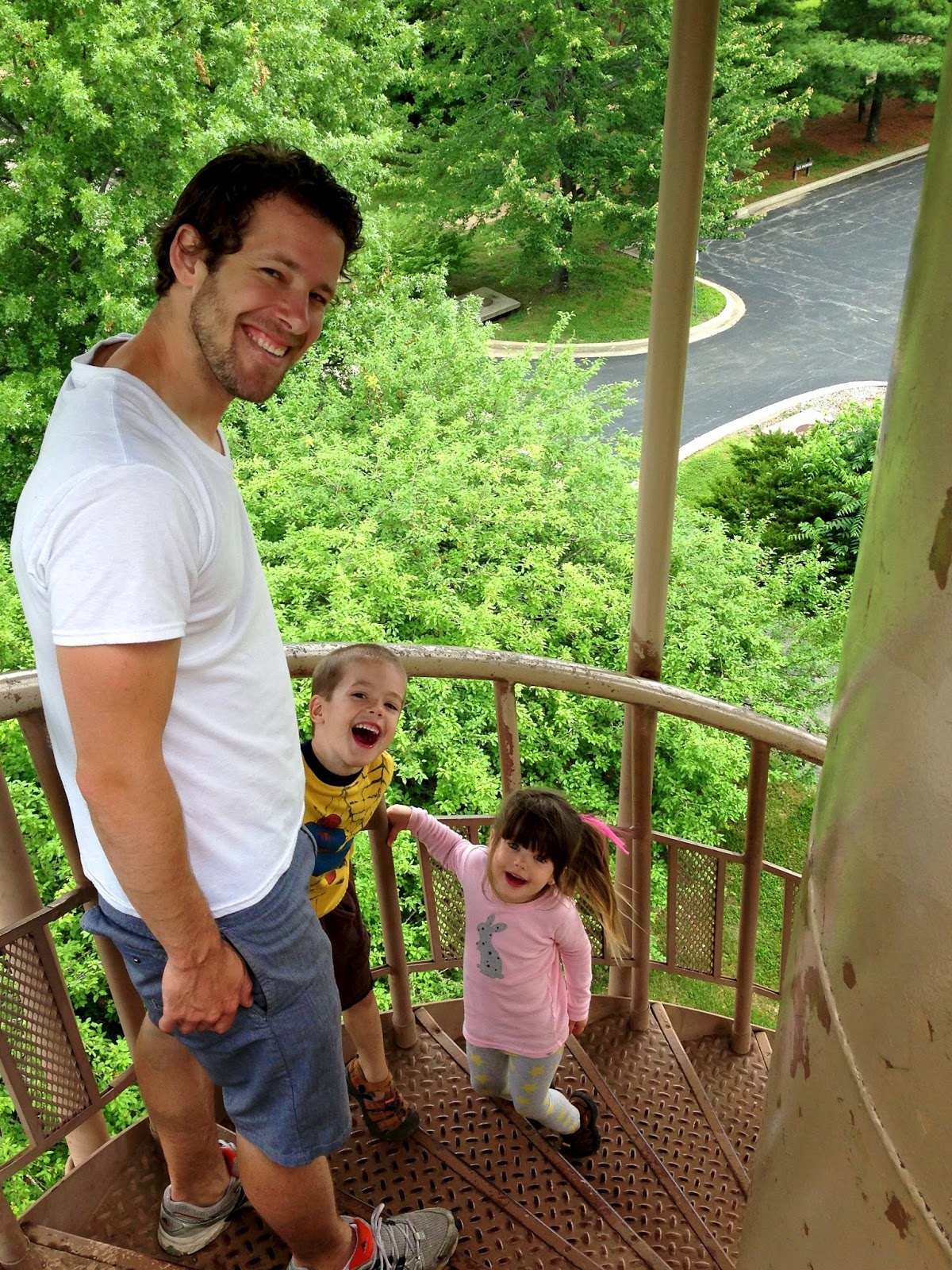 They were also draining it, which Mini Man thought was the coolest thing ever! 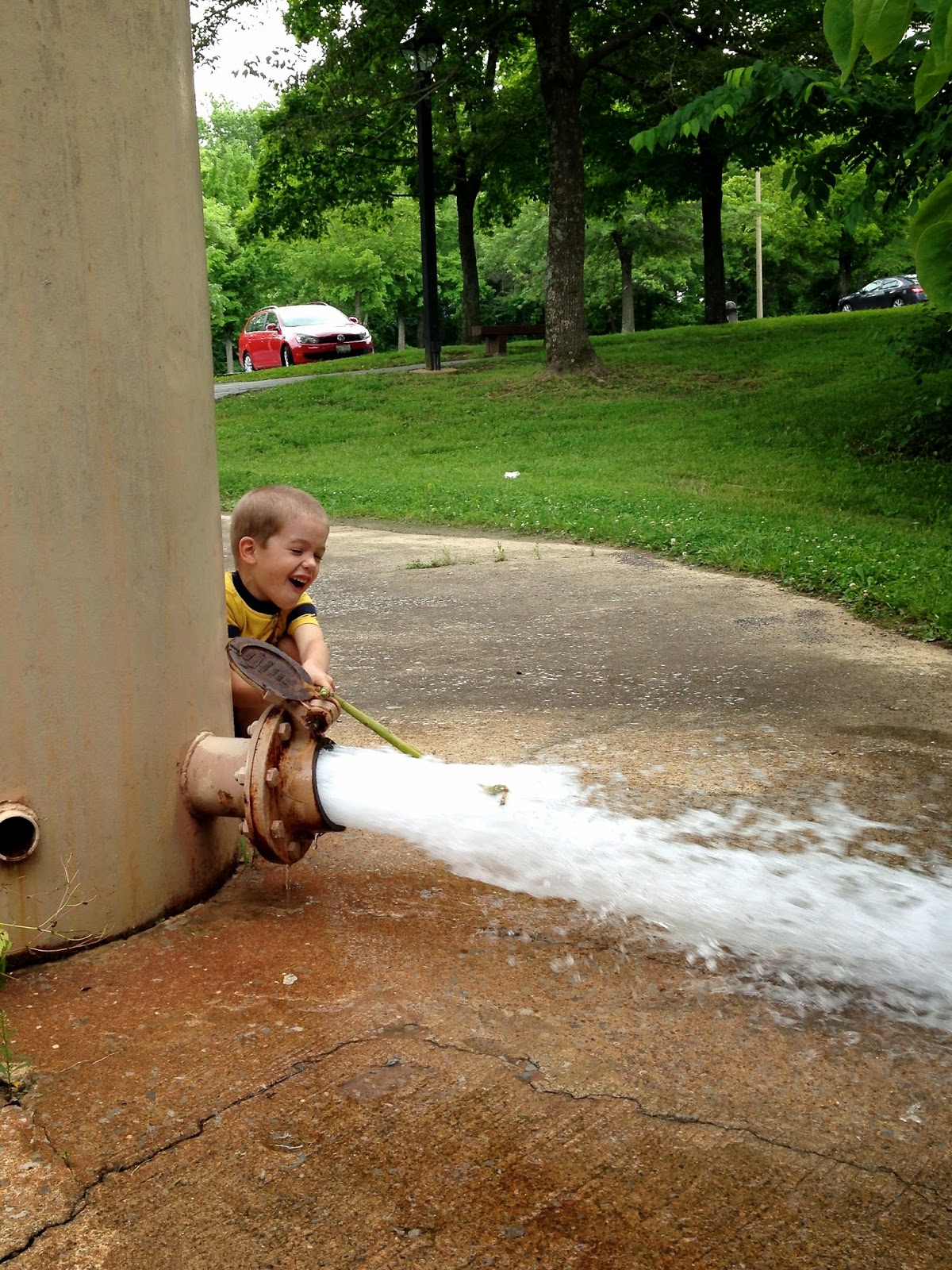 After Camp Cousins was over, we stayed at Aunt Tonya and Aunt Patsy's for two more nights. We were afraid if we headed straight back home that Mini Man and Little Lady would be upset that they didn't get to enjoy their pool. The temperatures had dropped, so it was cool, but we still swam. When it comes to water my kids have no since of temperature.

One of Jeremy's cousins is engaged to fire-figther so we also got to tour his firehouse. 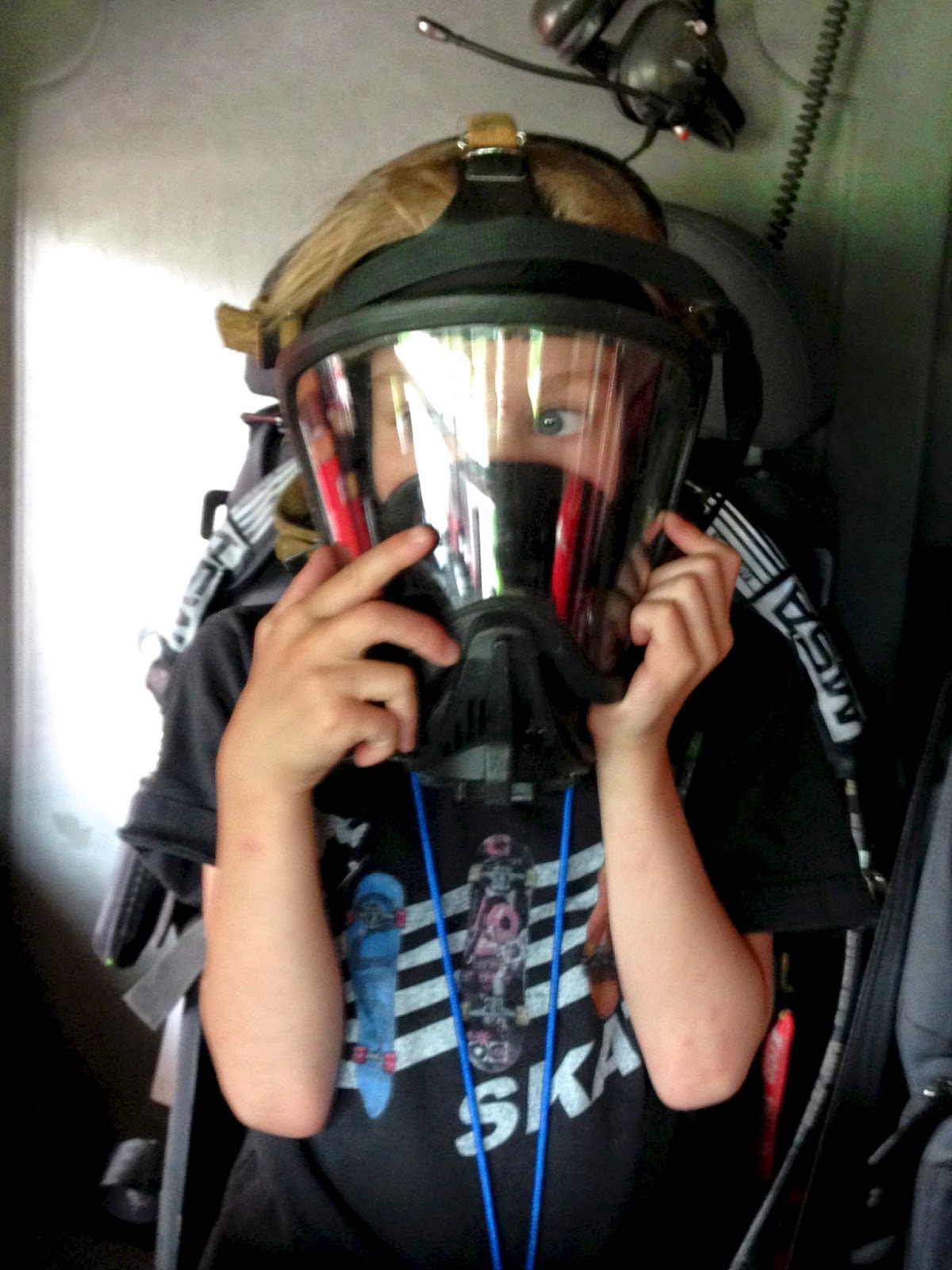 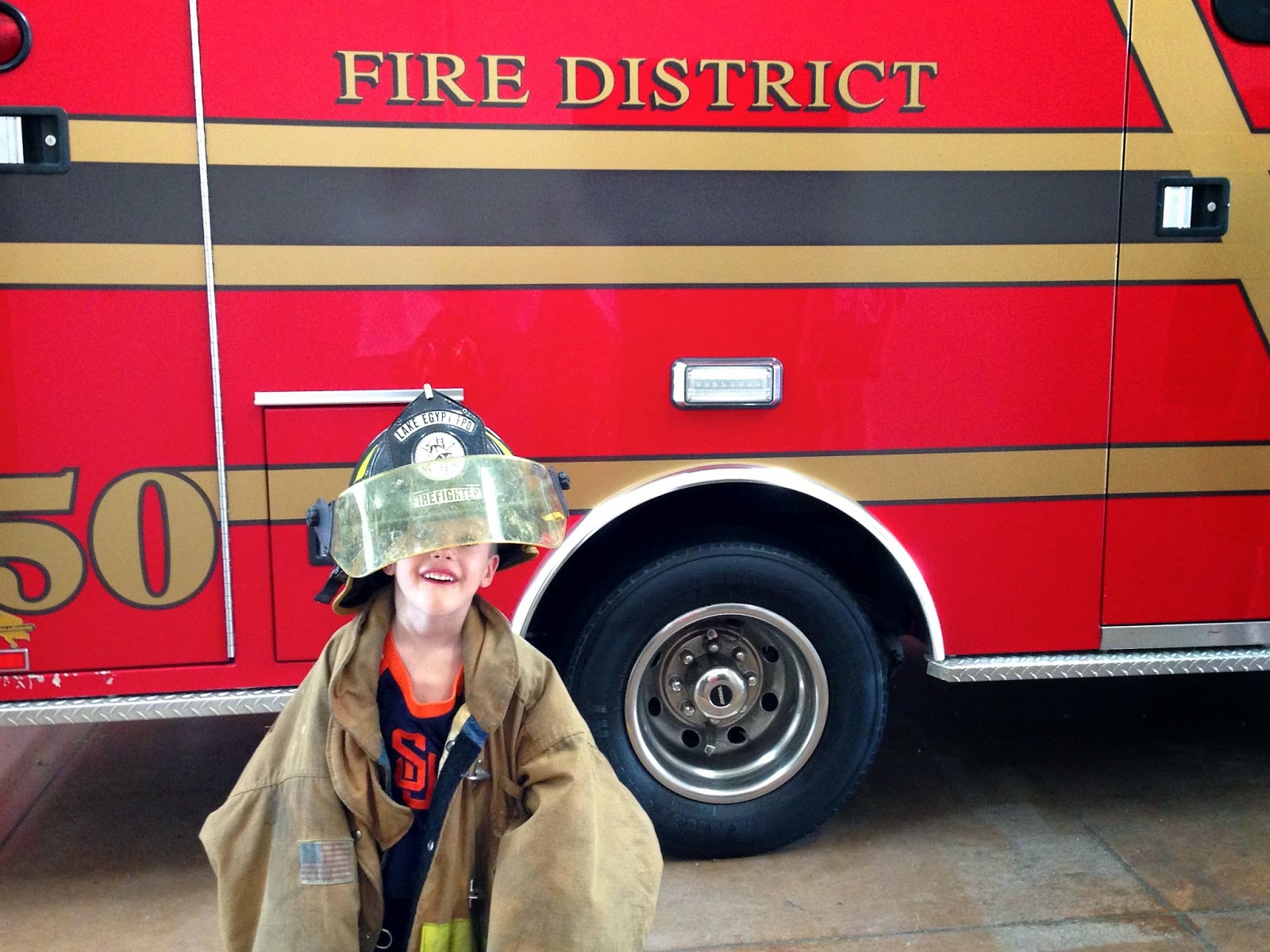 We also stopped by Jeremy's grandma's house for a bit of fishing. 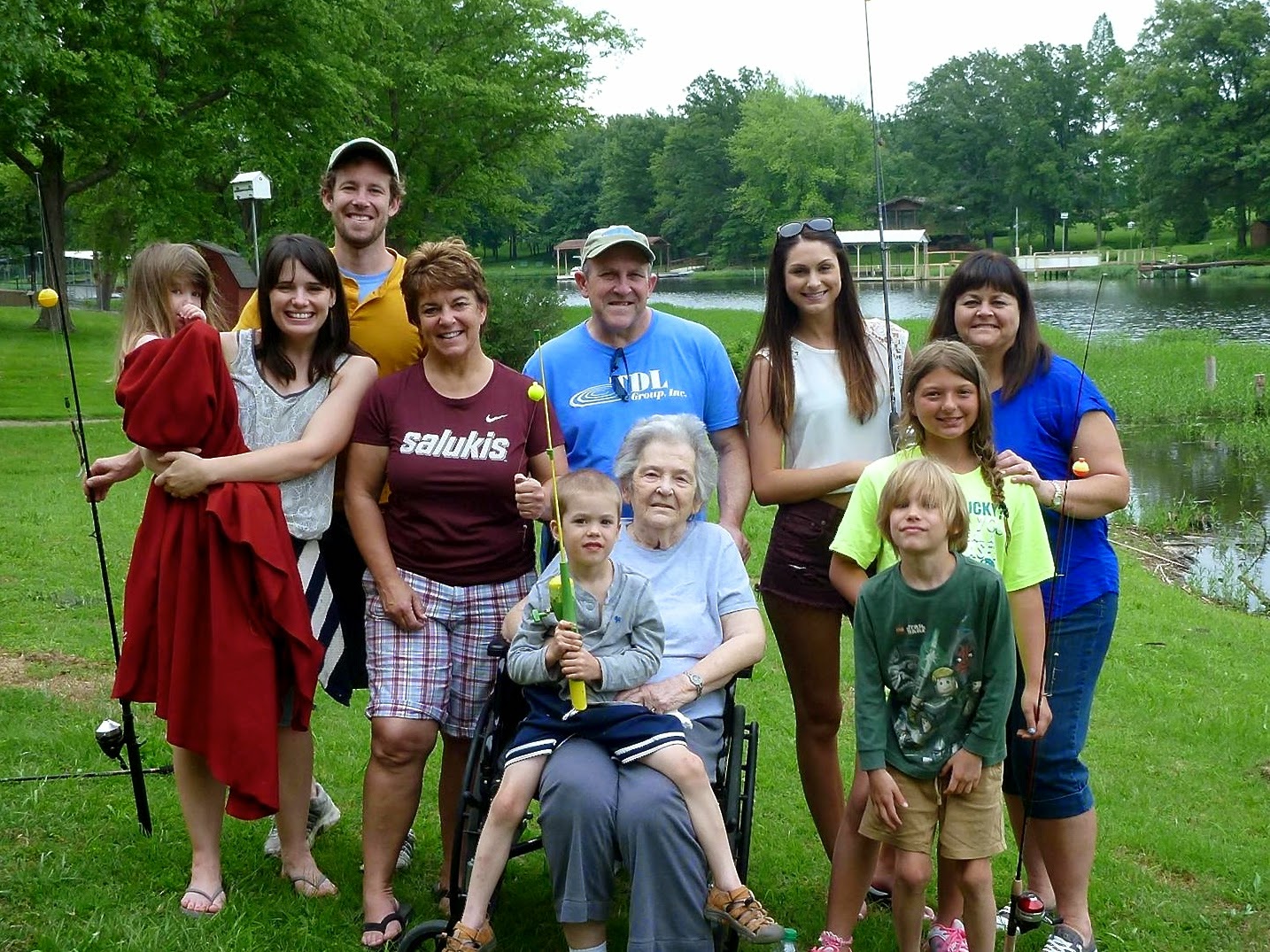 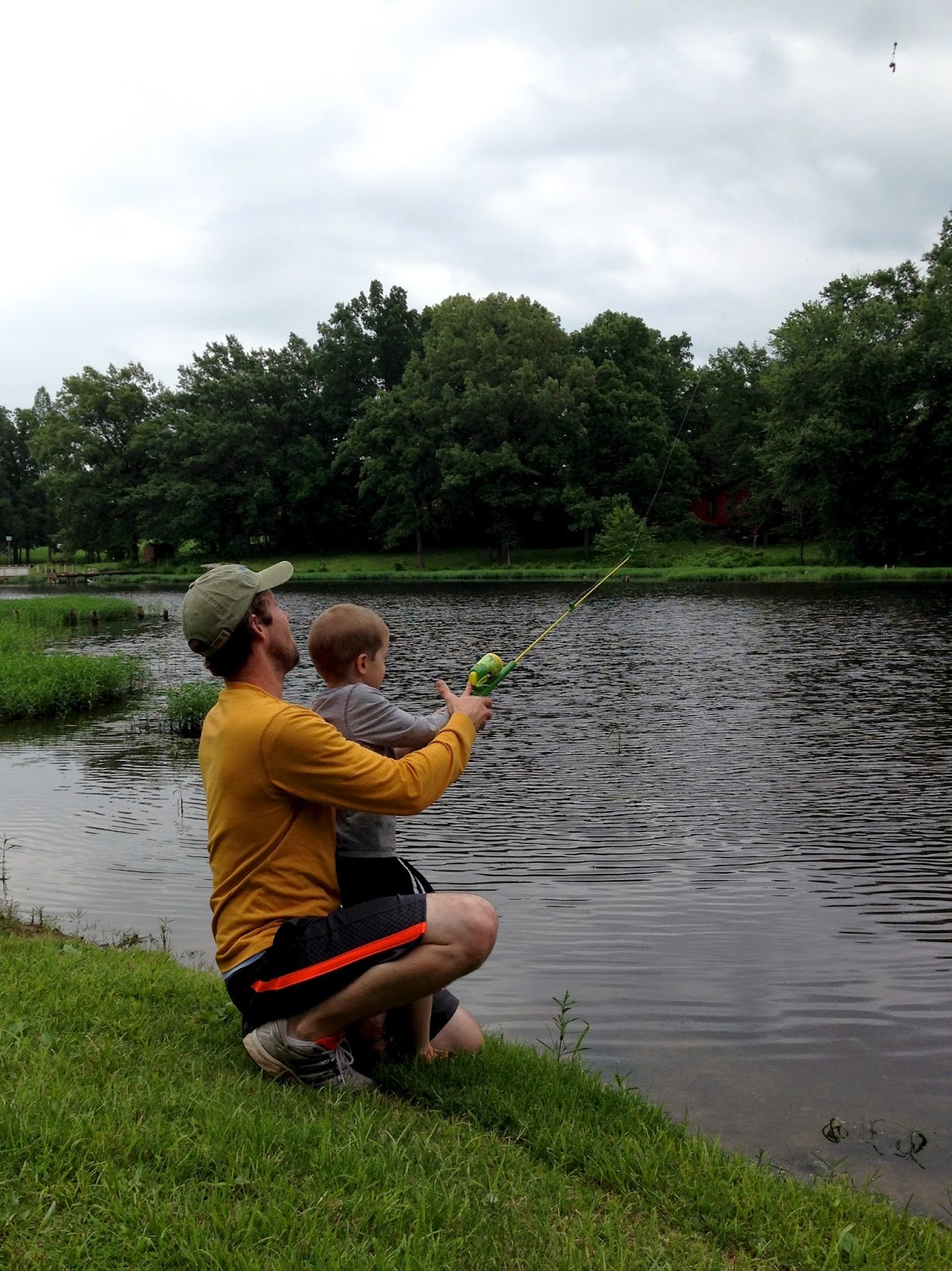 I caught my very first fish. To say I was ecstatic would be an understatement. 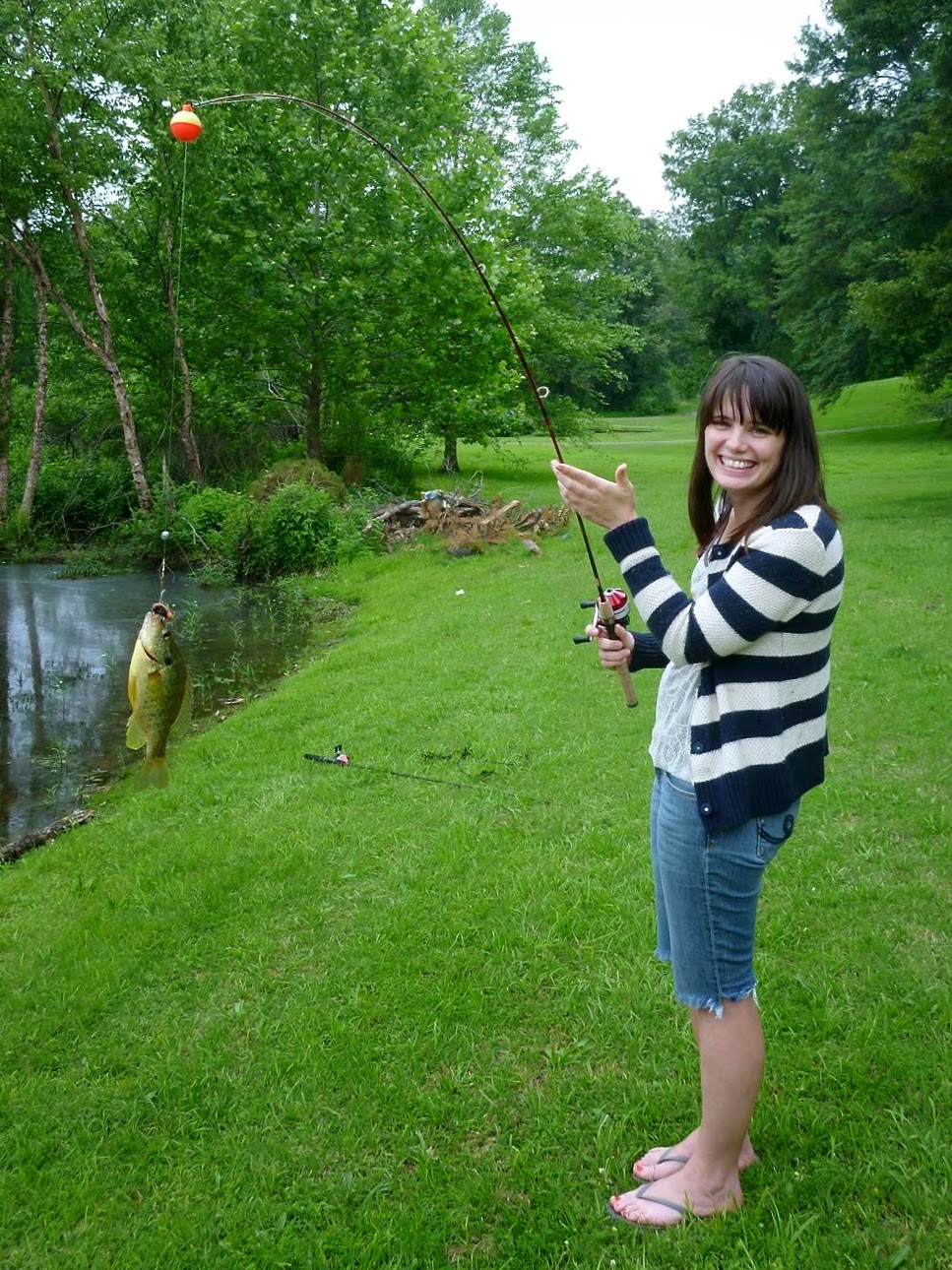 Mini Man had the best luck, though, he caught five fish! Later that day he told me that when he grows up, "i'm going to be a fisherman...when I'm not driving race cars." I think he would fit right in with Nascar. 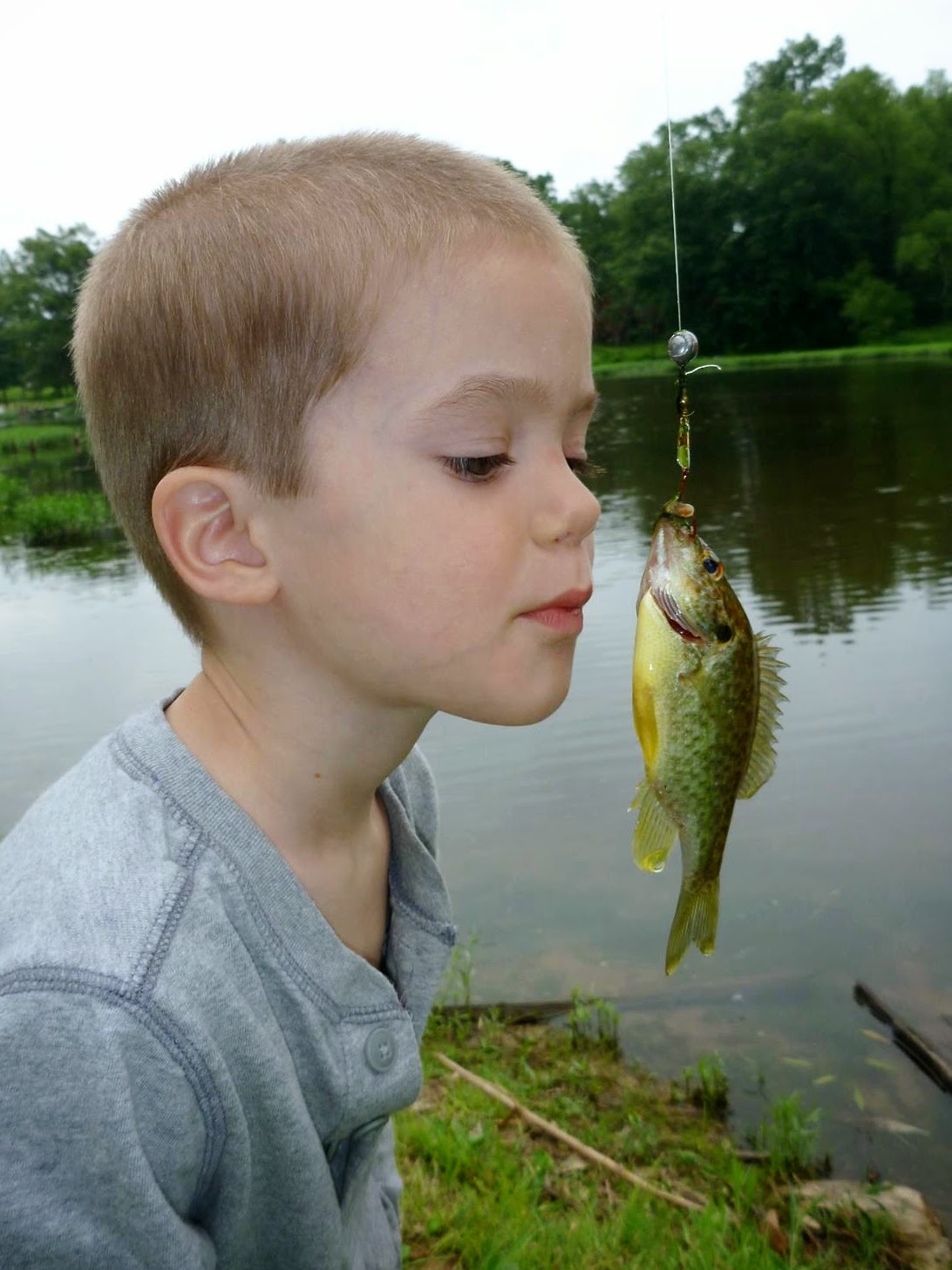