Small Graces and a Smattering of Our July 4th


It's been a busy last couple weeks...I guess I almost always say that, huh? Life with kids is just plain hectic, even when we don't have plans it feels like we never really stop. I've been especially thankful for the few naps I've gotten in recently.  Even twenty minutes can make such difference. 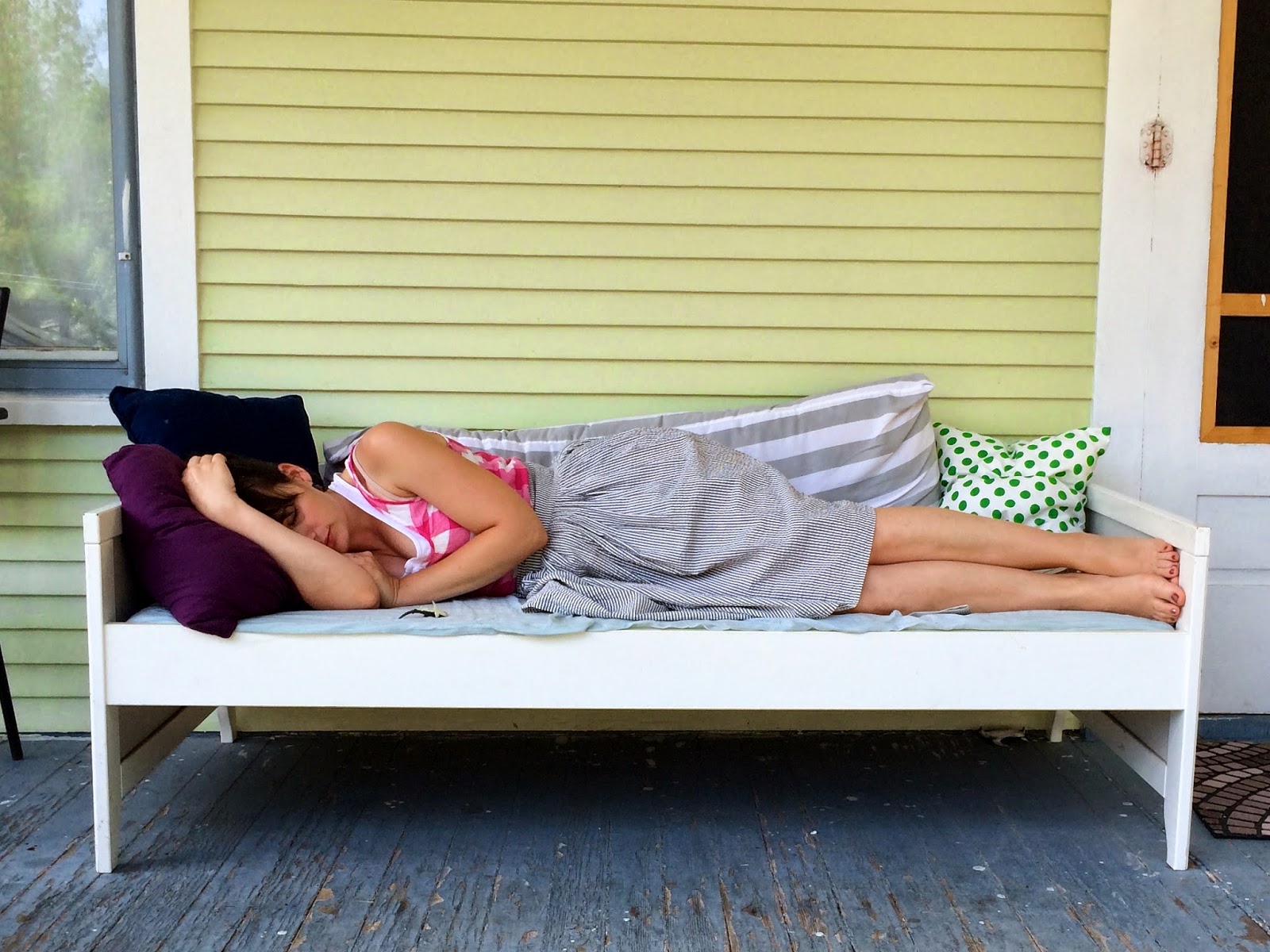 Our front porch has become quite the hang out spot for our family this summer. In the afternoon and evenings it's full neighbor kids. In the morning, however, it's peaceful and the perfect place to enjoy a cup of coffee. Jeremy and I try to sneak out there before the kids are awake but sometimes they end up joining us.


The kids have been in this weird kick lately that they have to be carried up to bed. Somehow, Jeremy usually manages carry all three up in one trip. I love my kids and their cuddles but their are times that my introverted self feels like it cannot take another touch. I'm thankful for a man who's willing to carry 'the load' at the end of the day. 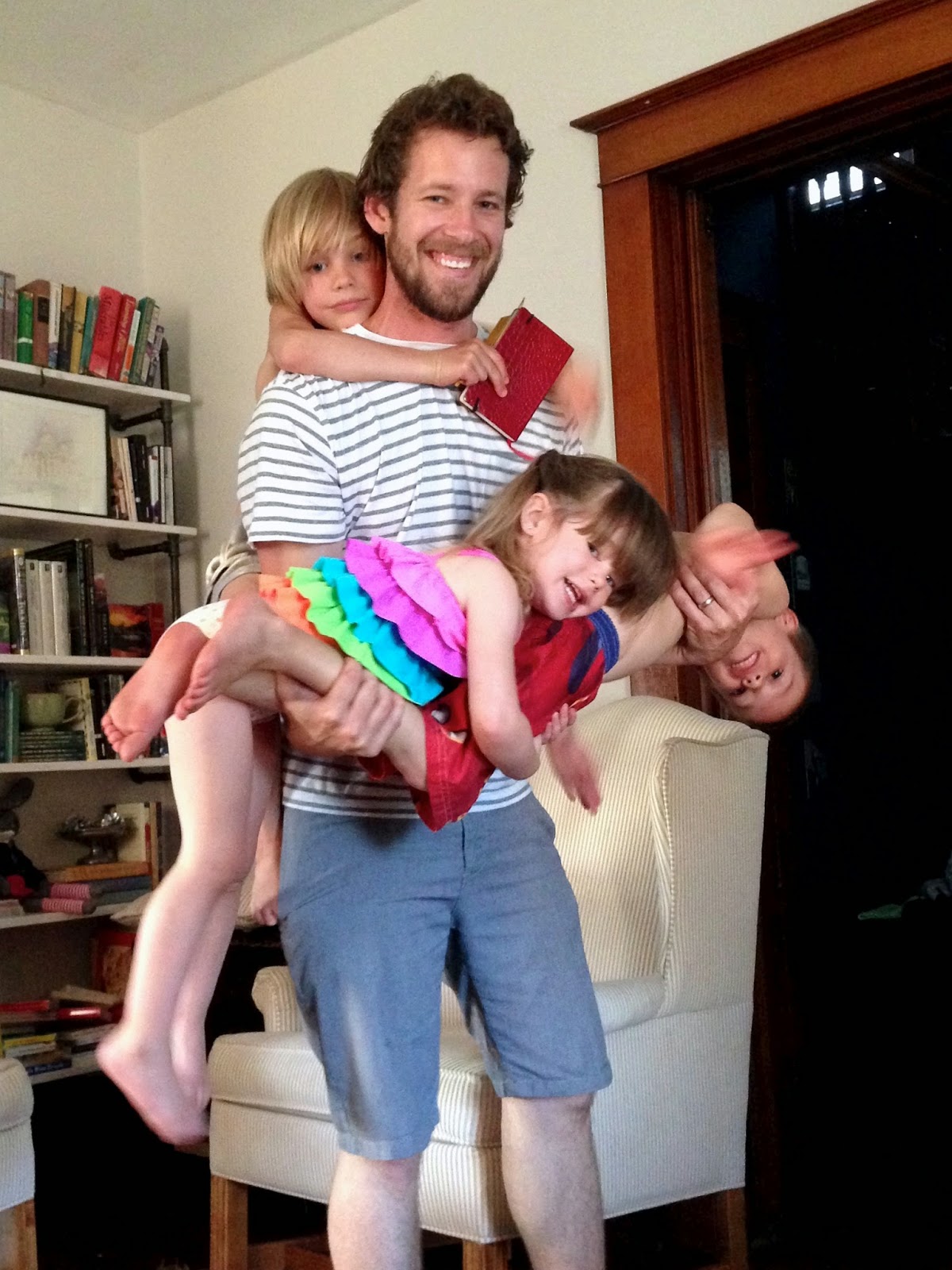 A couple weeks ago the boys had VBS so Little Lady and I took one the days and had some girly fun. She had never really been clothes shopping before so we stopped at a second hand shop and I let her pick out a few treasures - she was on cloud nine! 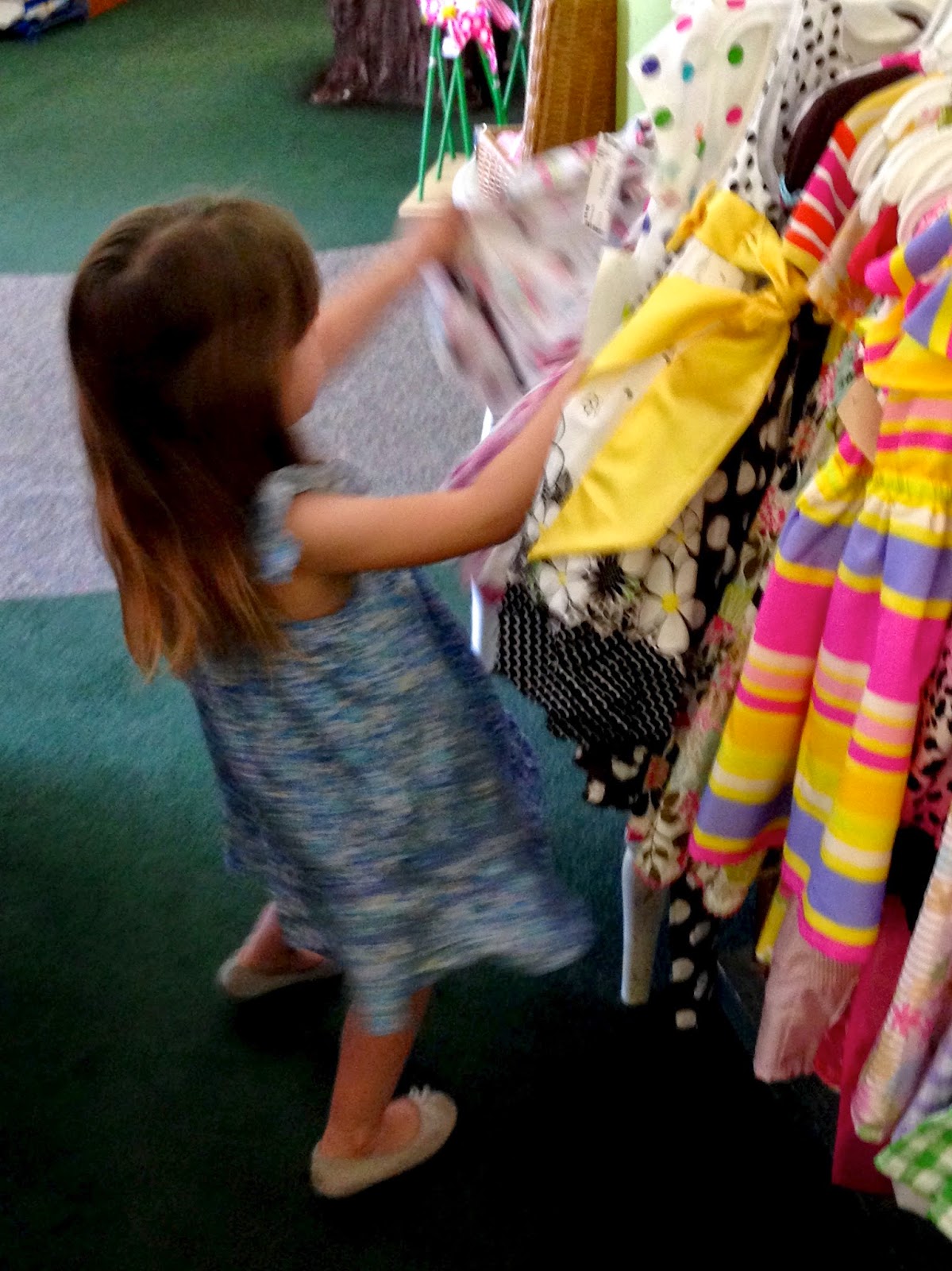 We also visited The Sugar Path for cupcakes. If you are local you must try them out, their cupcakes are delicious and very reasonable priced. 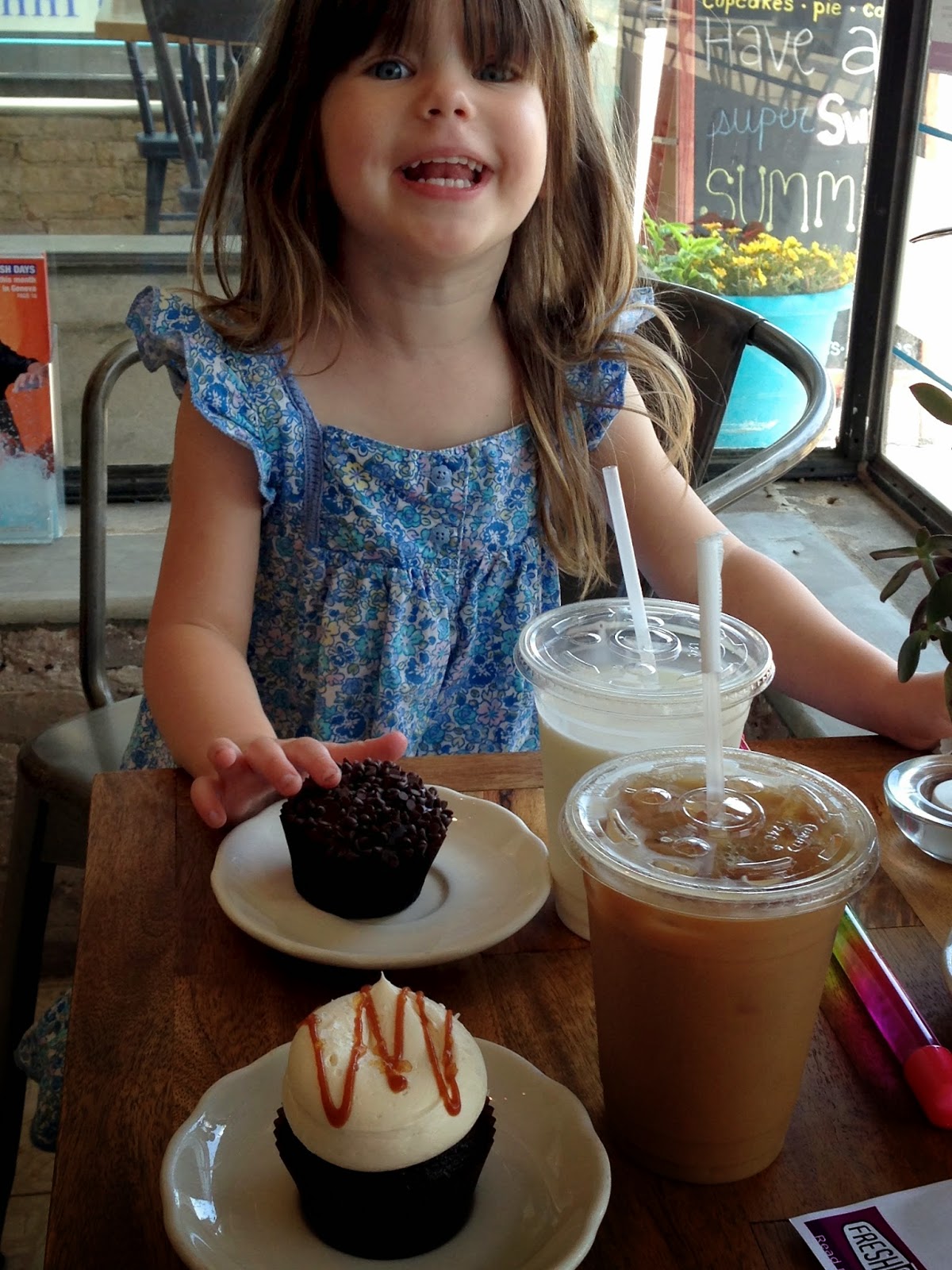 Mini Man was also indeed of some one-on-one time with Mommy, so this last weekend we also went on a little date. He wanted to visit our favorite local ice cream place, Van's Frozen Custard & Burgers. 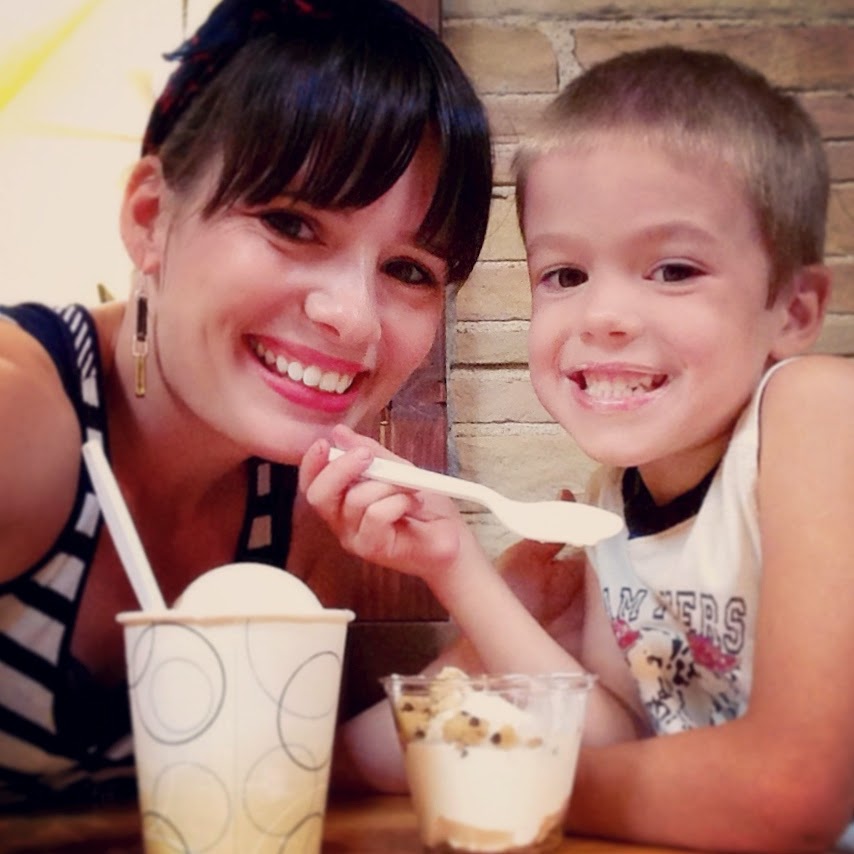 Last week we met up with some friends at The Wade Center in Wheaton; it is a small museum focusing on the seven British authors. We were most drawn to the JRR Tolkien and CS Lewis collections. 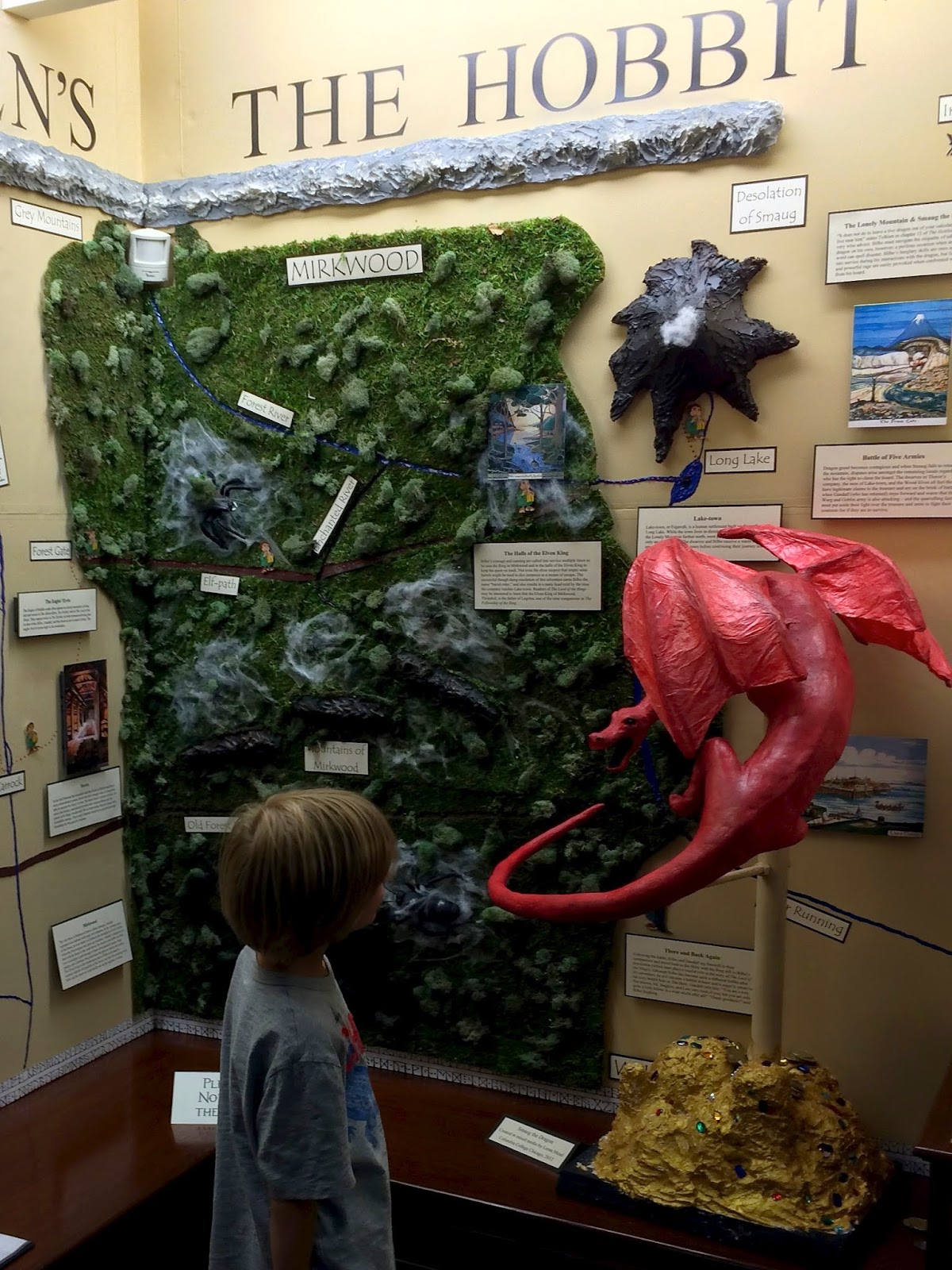 The wardrobe that provided inspiration for The  Lion, The Witch and The Wardrobe. 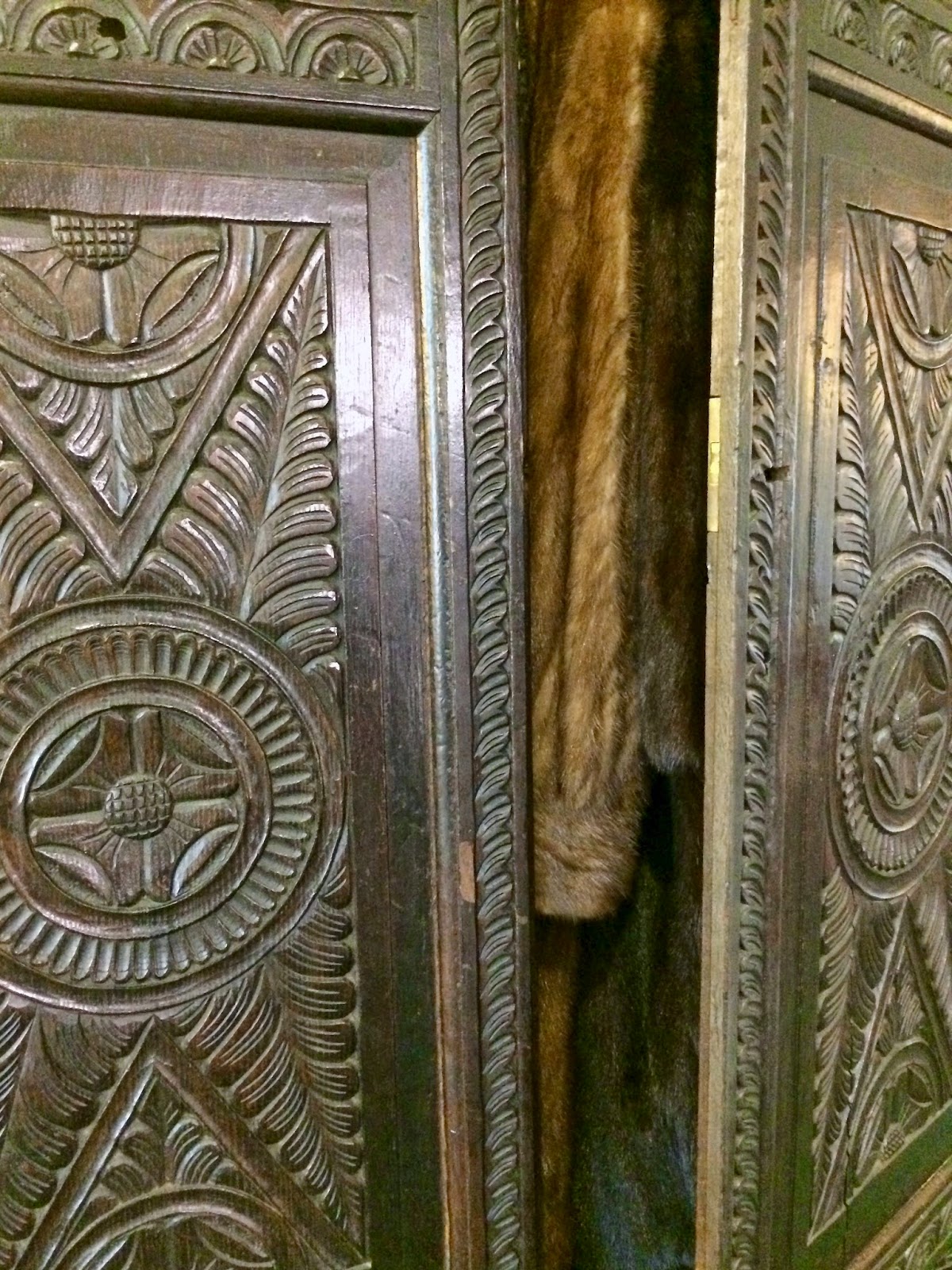 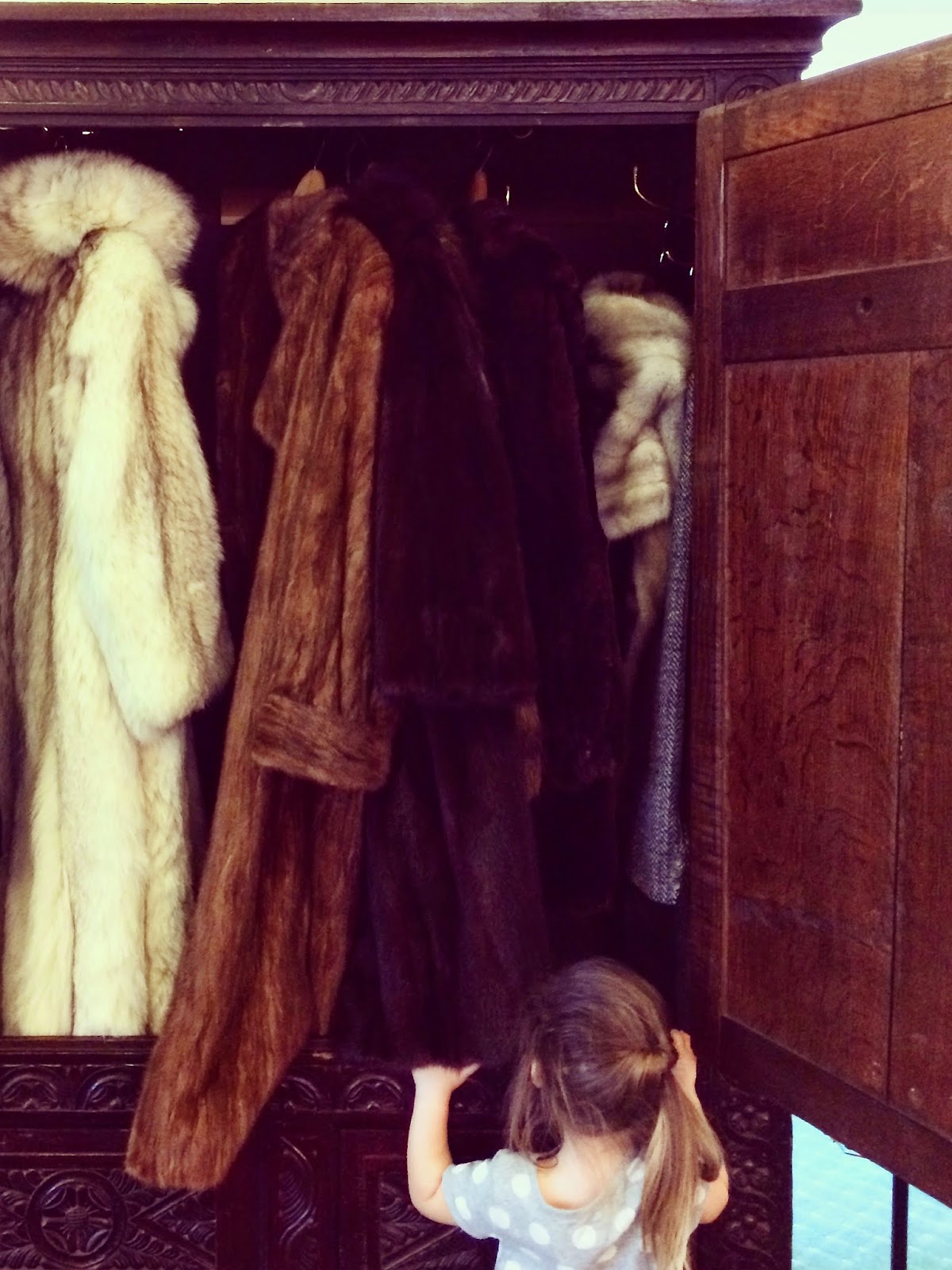 Big Buddy was a little disappointed when he discovered the back. 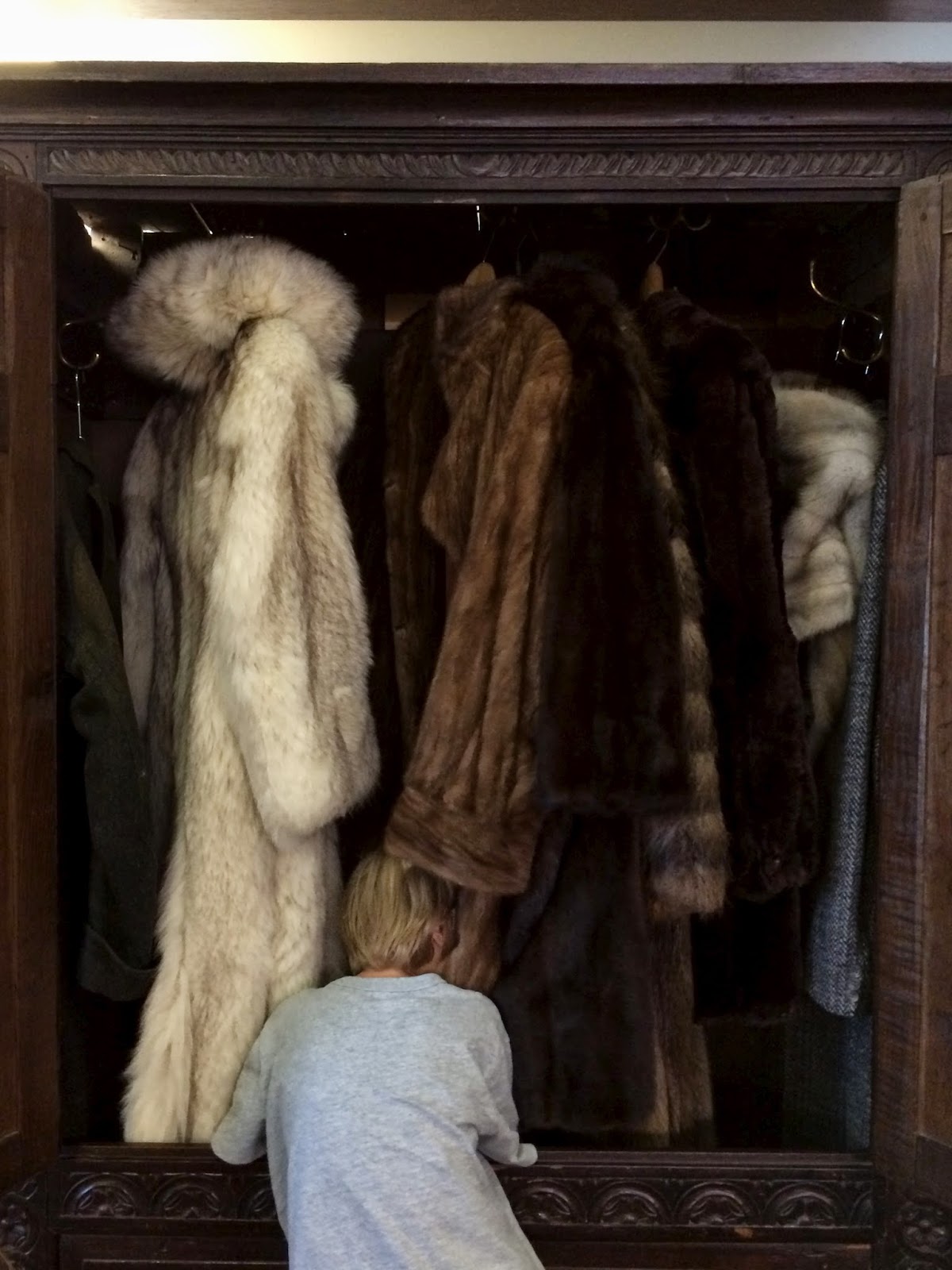 This is the first time the kids have ever really had an understanding of Independence Day which made celebrating with them all the more special. We've been reading lots of American Revolution books and Big Buddy has become a huge fan of the television series Liberty Kids. He's spent a lot time the last couple weeks acting out battles between the American's and the red coats. We started the Fourth by attending our town's parade. We, however, arrived a little late. I somehow got the time mixed up; lucky, my family was very gracious. The highlight of the parade was when Big Buddy's kyuki-do instructor saw him and rushed over to give him a high five. 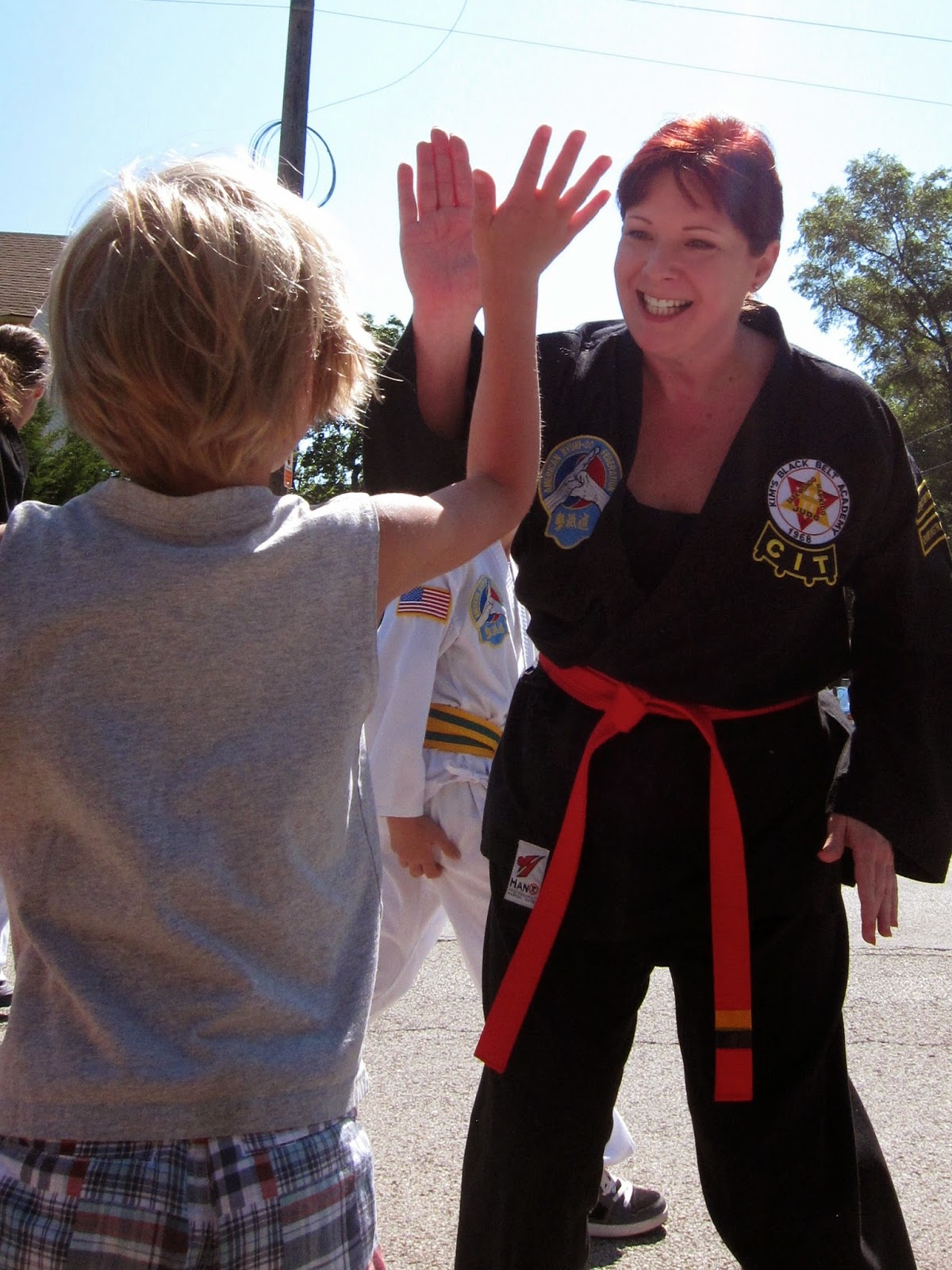 Some of our dear friends always have a party on the fourth to celebrate there daughter's birthday. As usual it was a great gathering of people, tons of delicious food, and plenty of activities to keep the kids busy. When it was time to leave Jeremy almost refused, "but I'm so relaxed!" 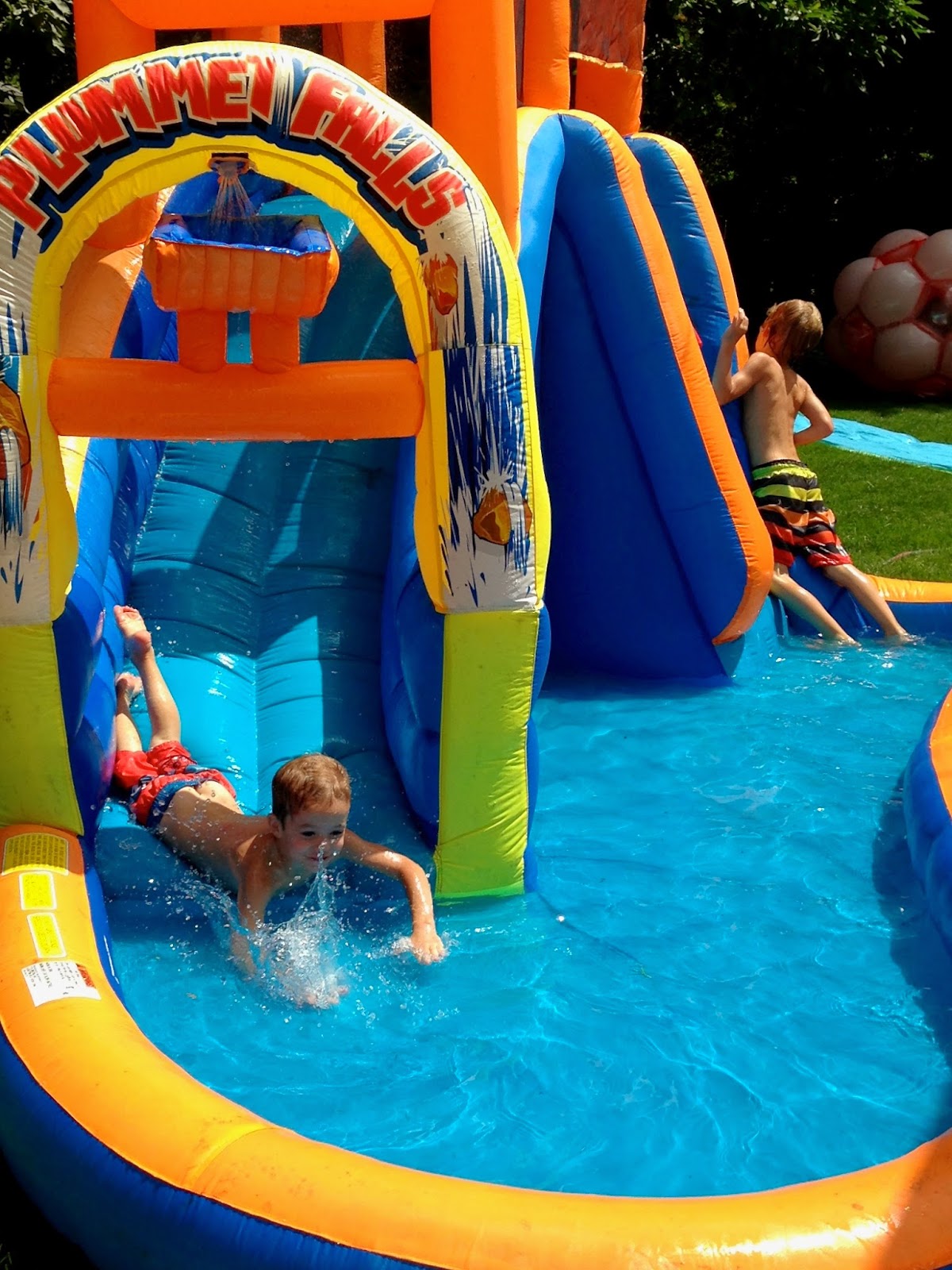 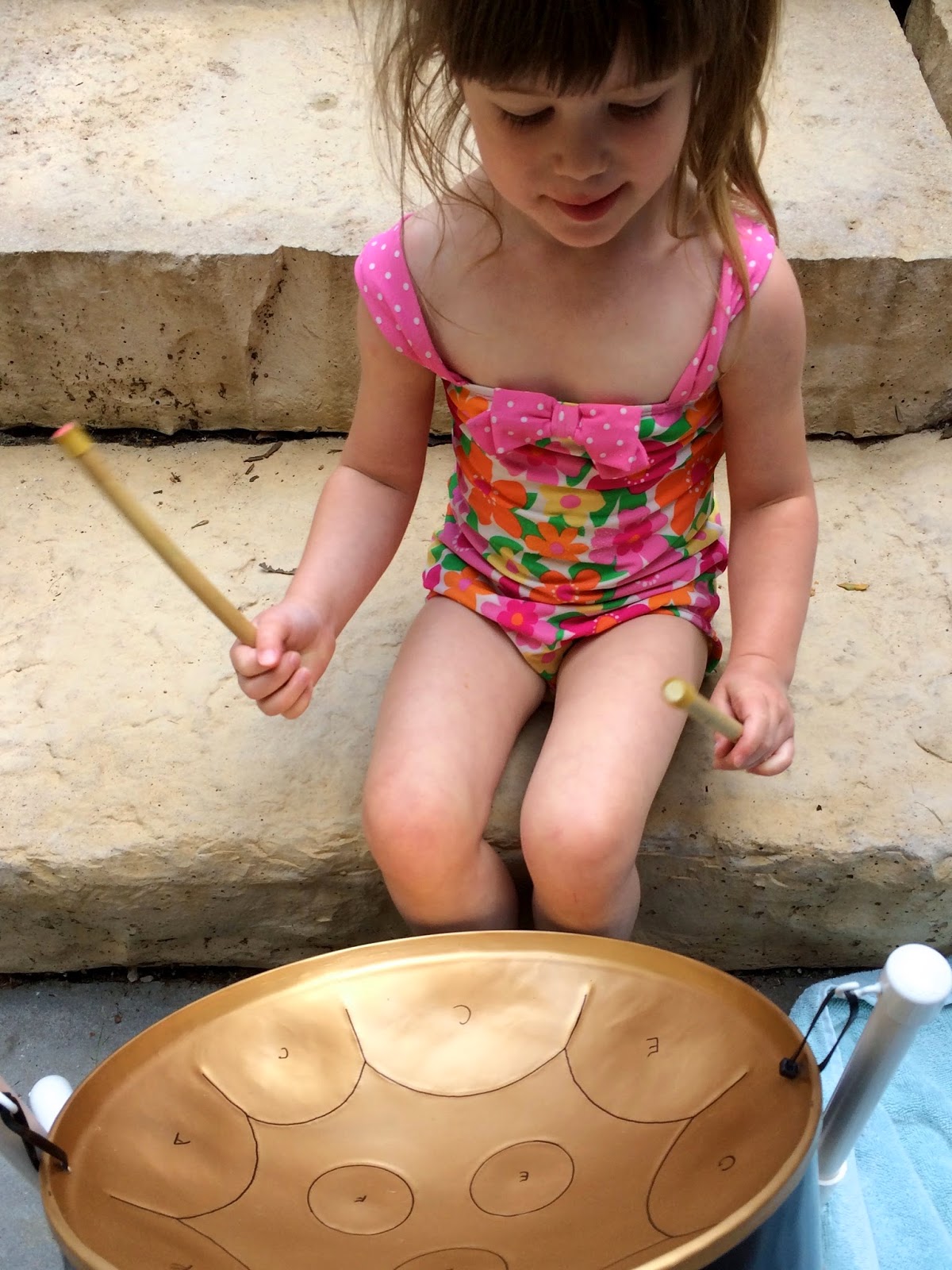 Later that night we walked to out towns river island to watch the fireworks. We thought about heading to the actually park but figured it be too crowded. A small crowd did gather on the island but only enough to make it feel like a bit of party and the view ended up being great. The biggest perk, however, was that once the show was over it took us less than ten minutes to make it back to our house. 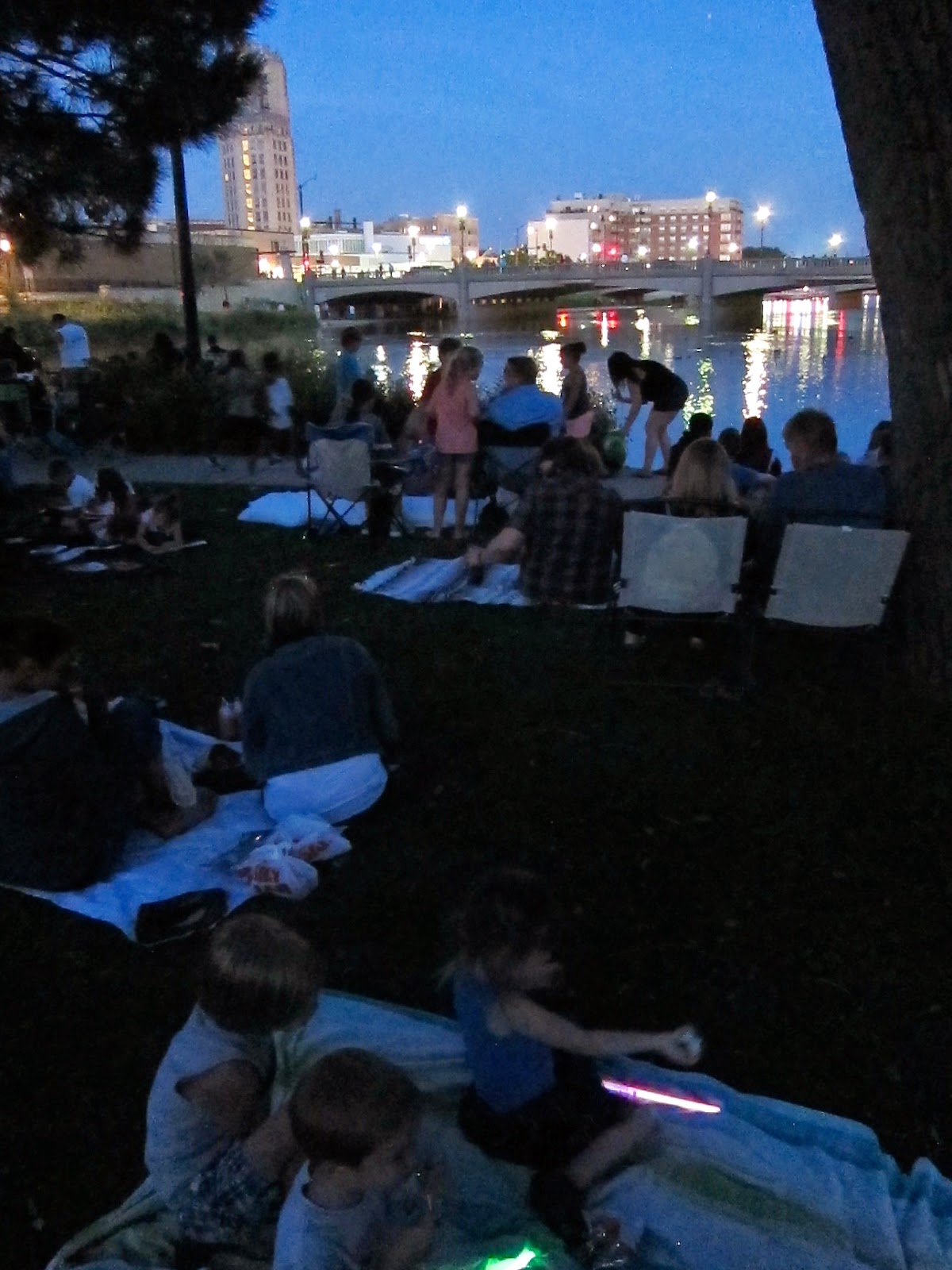 While we waited for the show to start we lit up a couple sparklers. 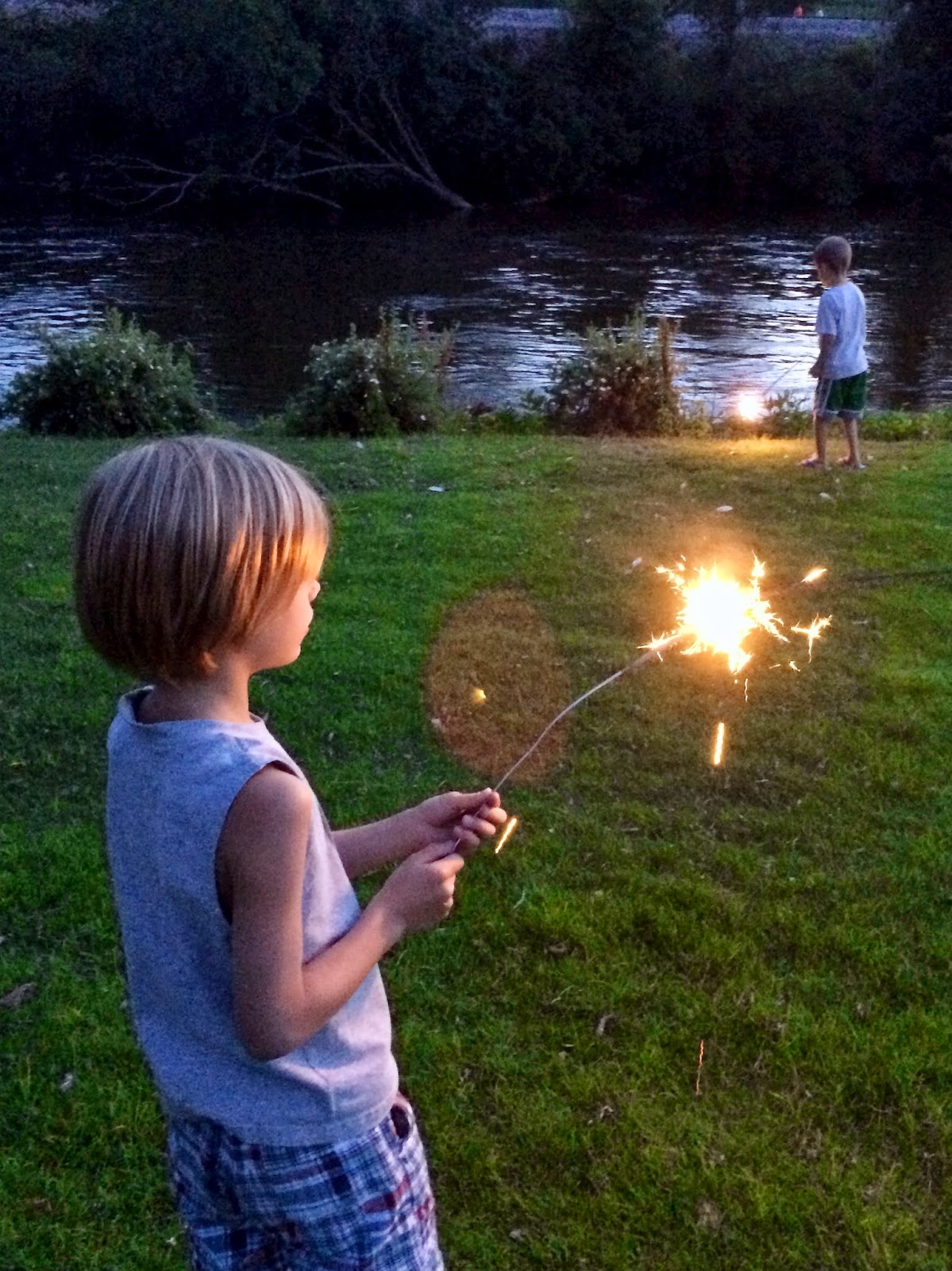 I also found some glow stick swords at Dollar Tree. The kids weren't too keen on sharing though, next time I'll have to remember to buy Jeremy and I some too. 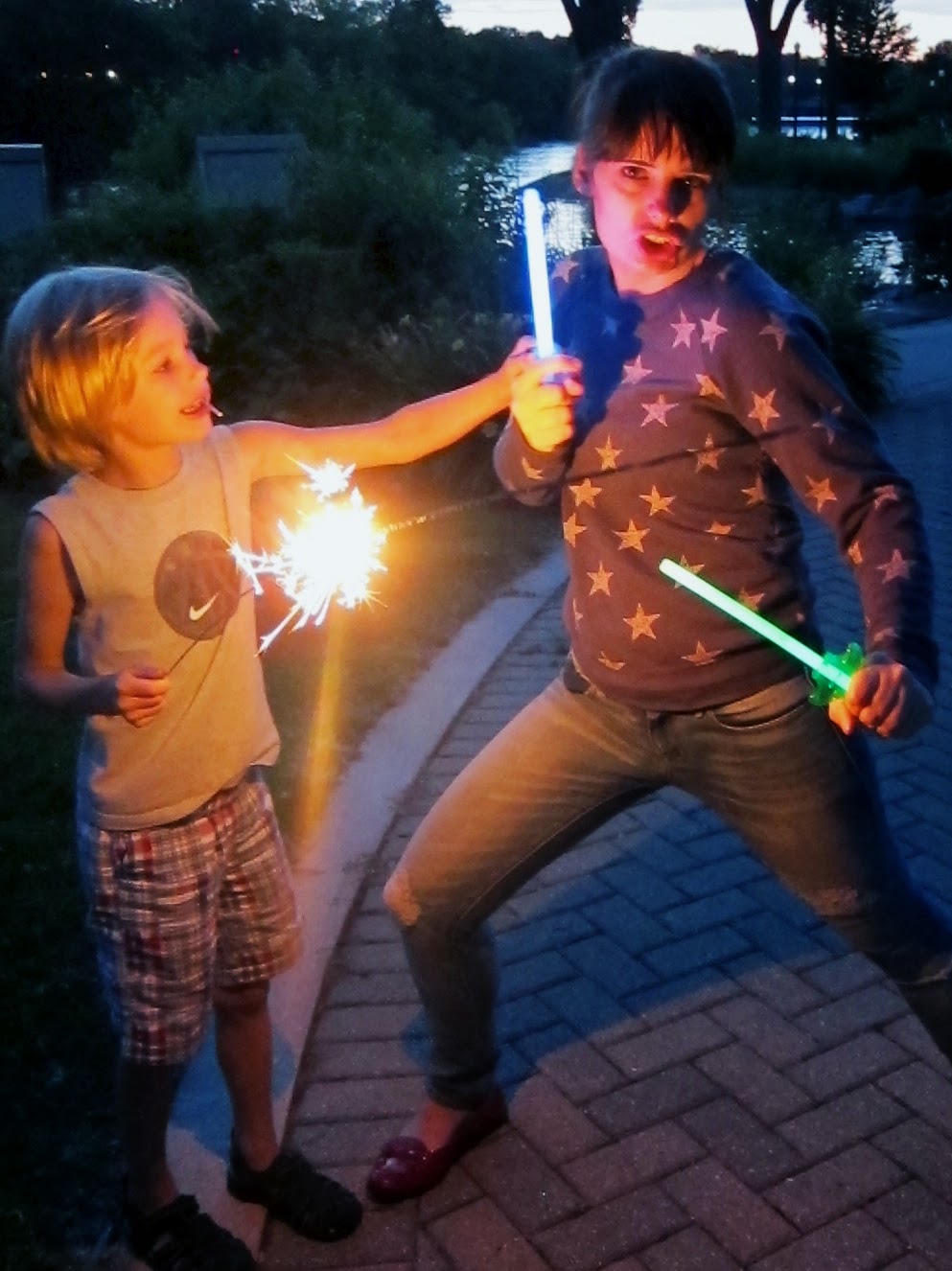 This post is part of an almost weekly series inspired in part by Bob Bennett's song "Small Graces".

"these are the small graces, the little moments when the miracles come...
they are a reminder to the heart there is more to life than meets the eye...
He is in the small graces....
small graces pointing me to the larger one...
little glimpses of the kingdom come..."