October 25, 2014
One of our neighbors works at a nearby theme park called Santa's Village Azoosment Park, and was kind enough to share one of her family passes with us. This was our second visit, we went last year with my sister's family, and once again we had a blast! It's now closed for the winter but if you are local I definitely recommend checking it out next spring/summer.

The park is geared towards families with younger children, only two of the rides have minimum height requirements.  It is a small park with just under twenty rides, but the $19.75 price feels like a bargain. Most of their rides are the traditional kind: a galleon ship, bumper cars, a carousel, a tilt-a-whirl, etc. 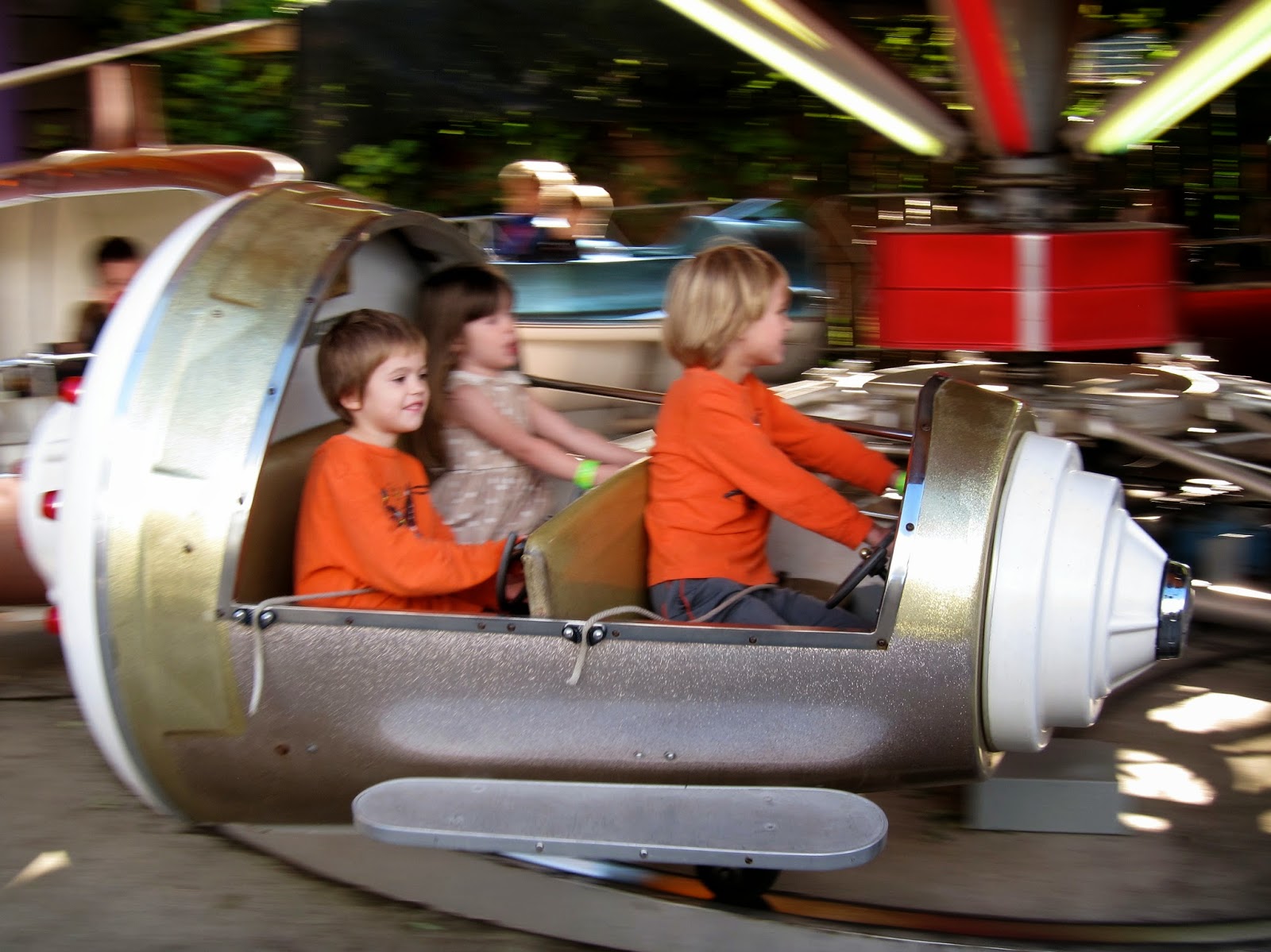 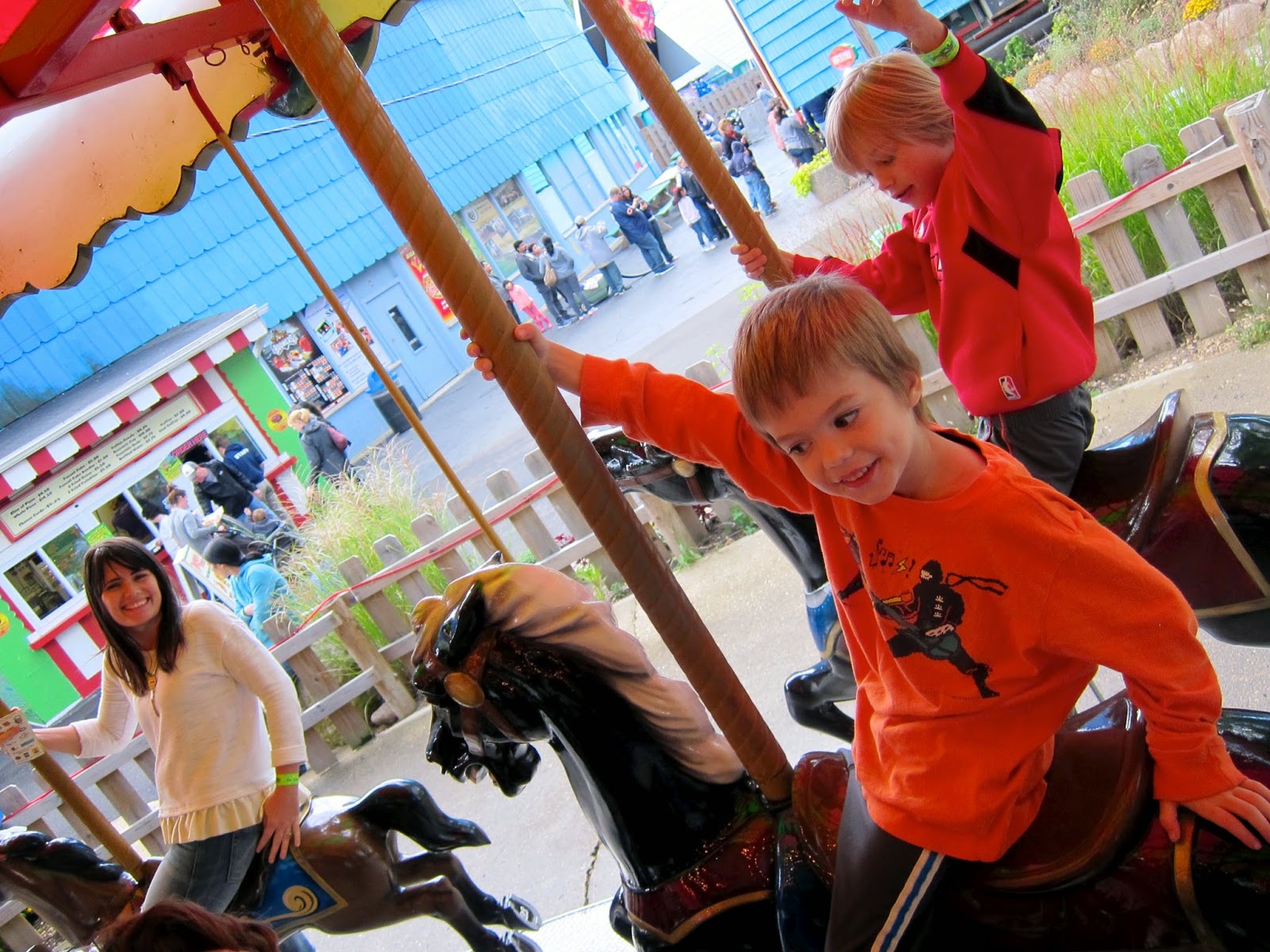 However, they also have a few unique rides: a gigantic slide, a reindeer sleigh ride, and antique cruisers. 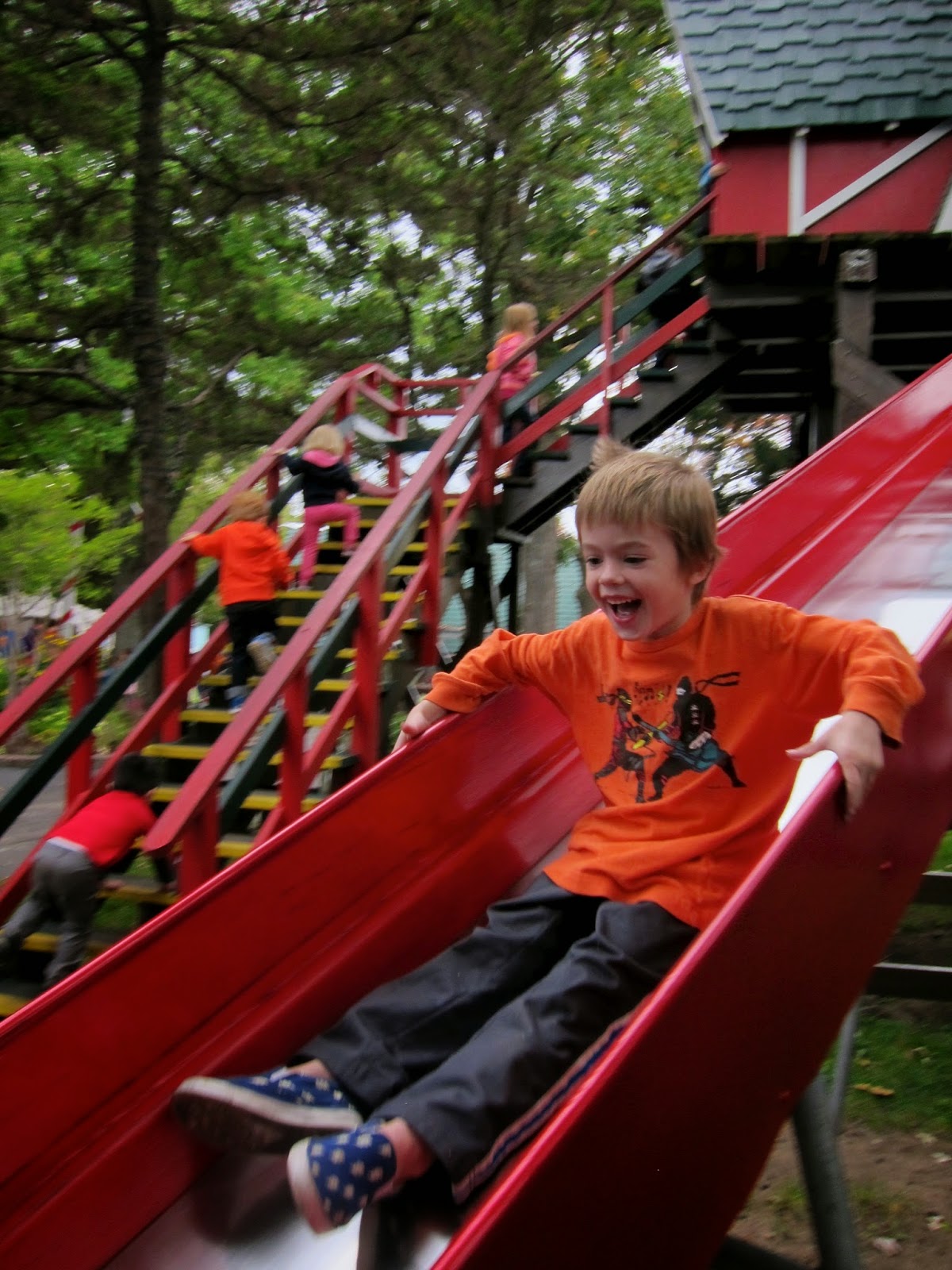 Our personal favorite is the SVFD Engine #3 where the kids get to actually help 'put out' a burning house. 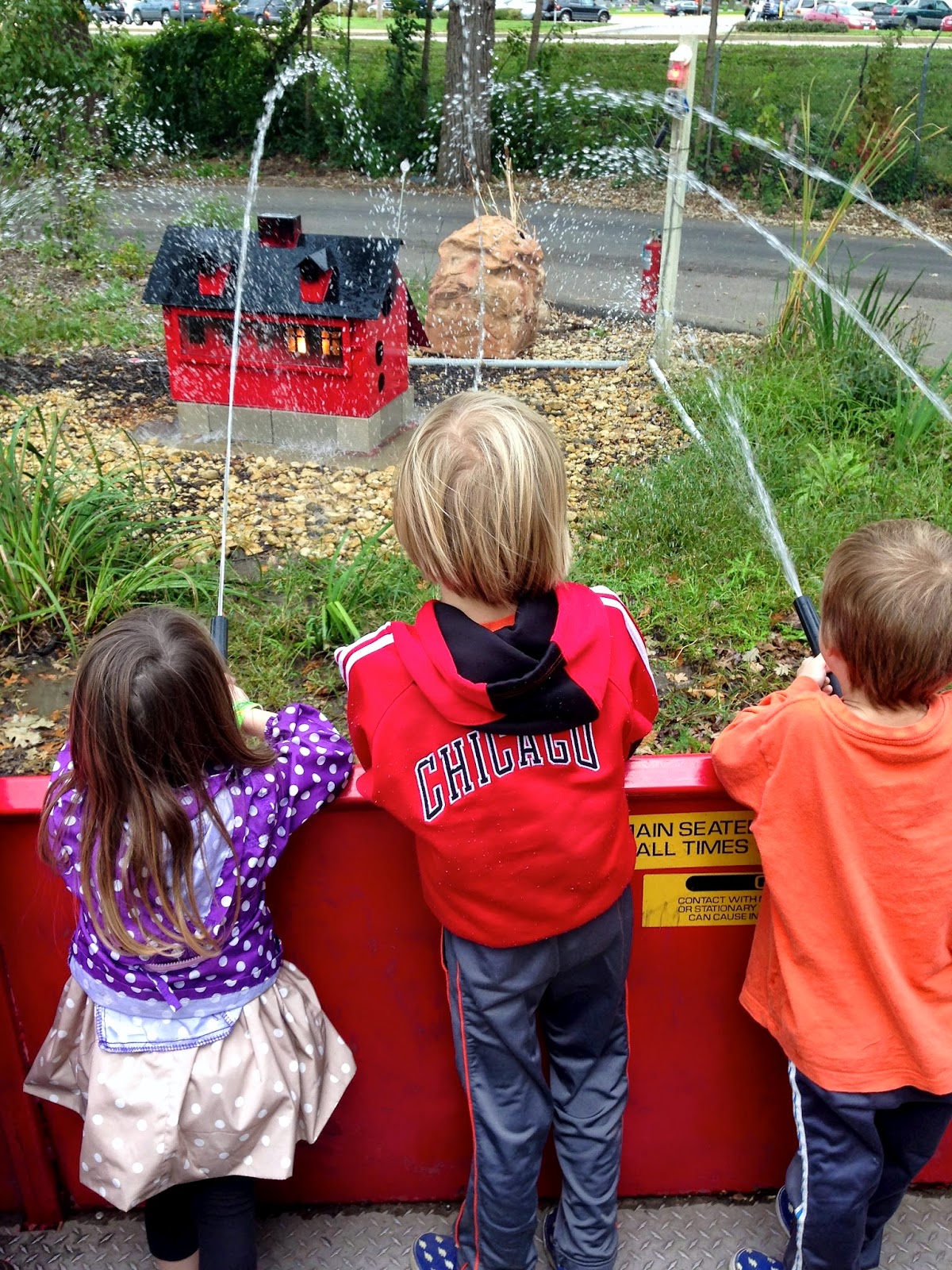 In addition to the rides, they also have a bunch of animals for children to enjoy. Throughout the park there are several animal displays ranging from farm animals to more exotic animals like a lemur or boa constrictor. For a fee of $10 (this includes a picture) you can hold some of the exotic animals. This trip the kids decided it wasn't how they wanted to use their spending money, but last year they did decided to hold the boa - you can see the picture here. 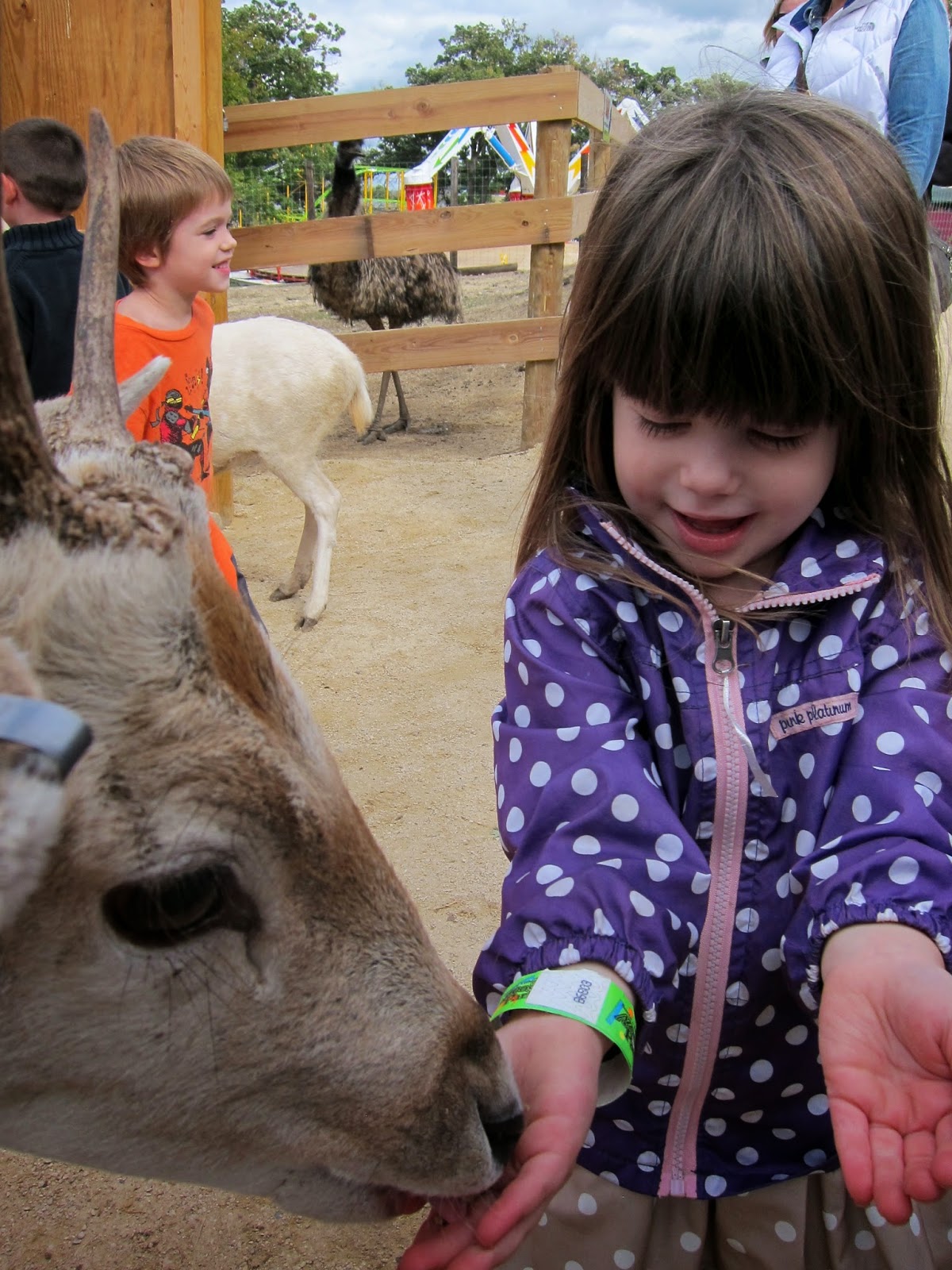 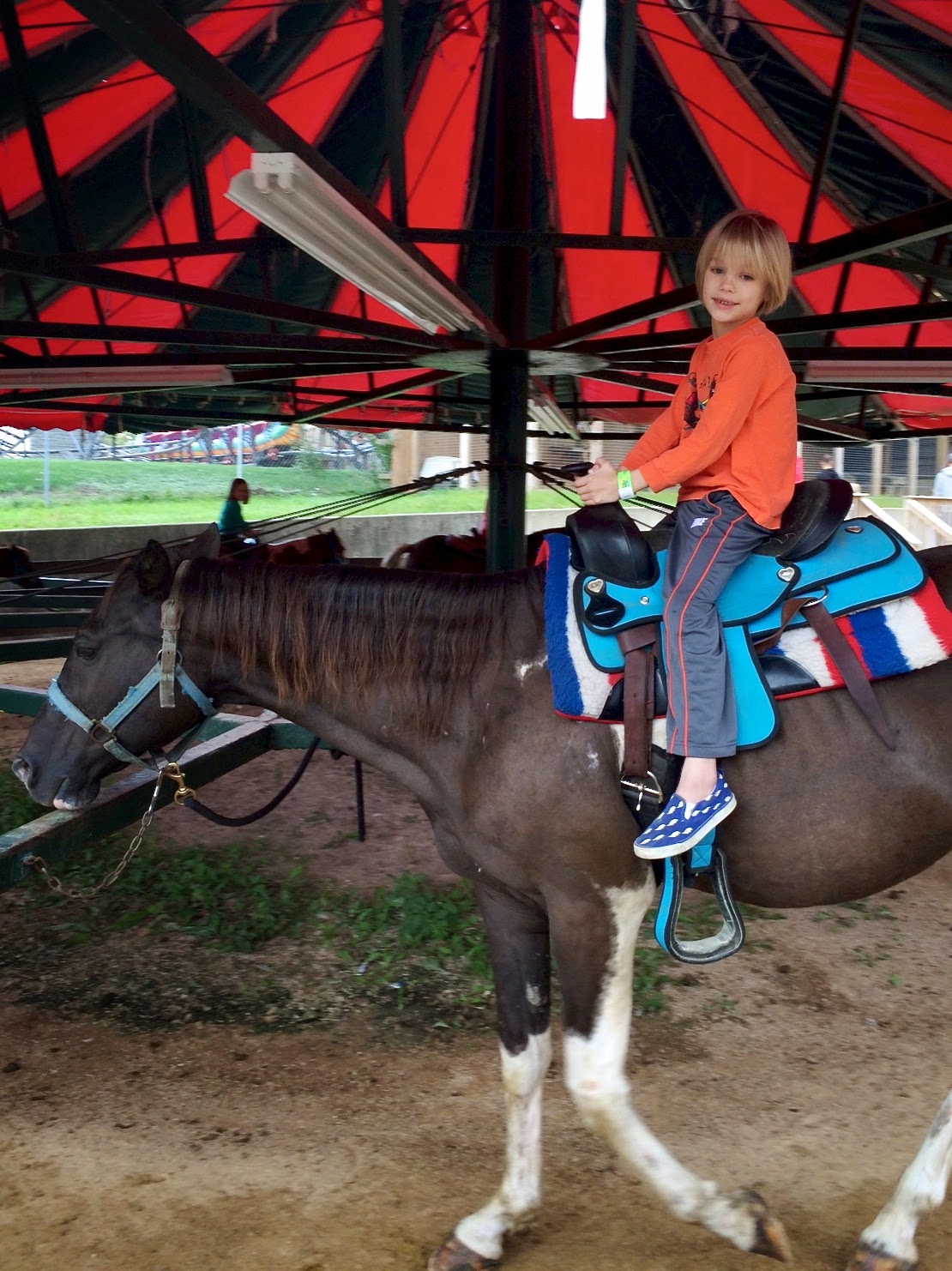 Our favorite animal exhibit is the Parakeet Paradise. For $1 you can get a stick with bird feed and then you can get some up-close encounters. 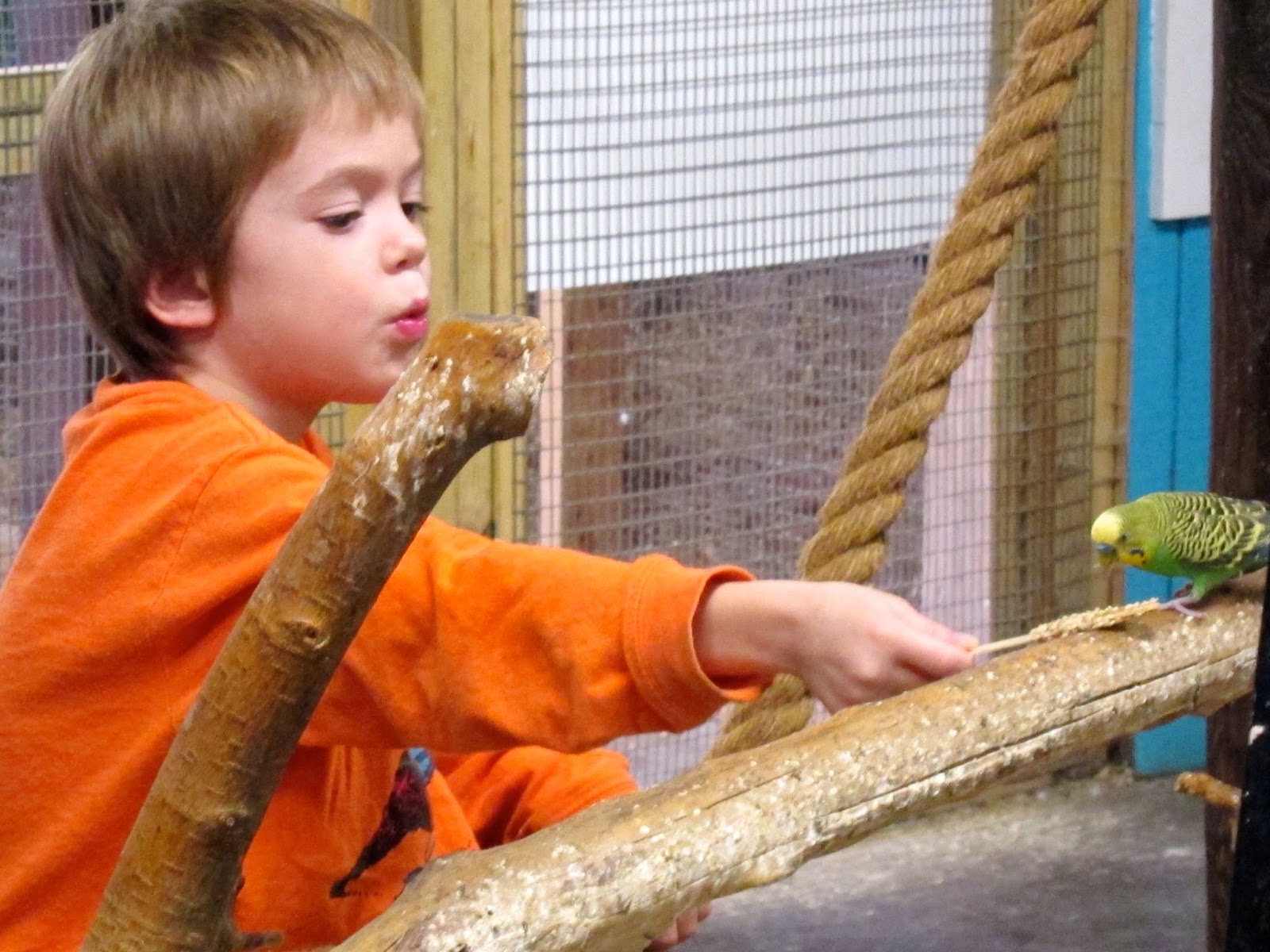 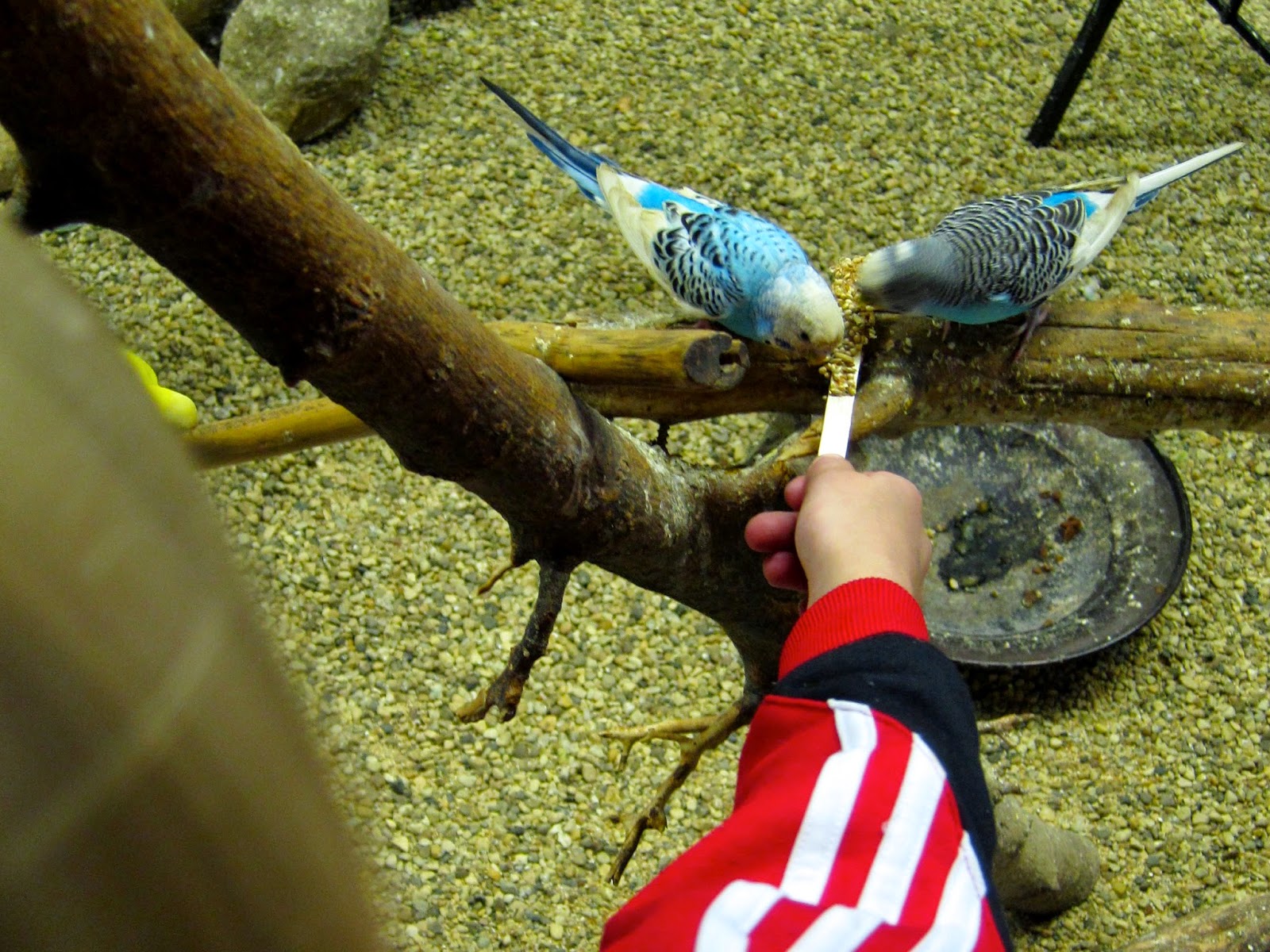 Santa's Village originally opened in 1959 but came upon some hard-times and closed down in 2005. Under new owners it just reopened in 2011. It is well-run, clean, and organized.  You can tell, however, that it's still trying to find it's voice. They still seem to be settling on an identity and I can imagine for the next several years there will be changes and new attractions. One attraction we really enjoyed this last visit - even though it doesn't quite make sense with the parks 'theme' - was the rock mining. You could purchase a bag of silt and then the children could sift through it to find precious rocks, gems, and arrowheads. 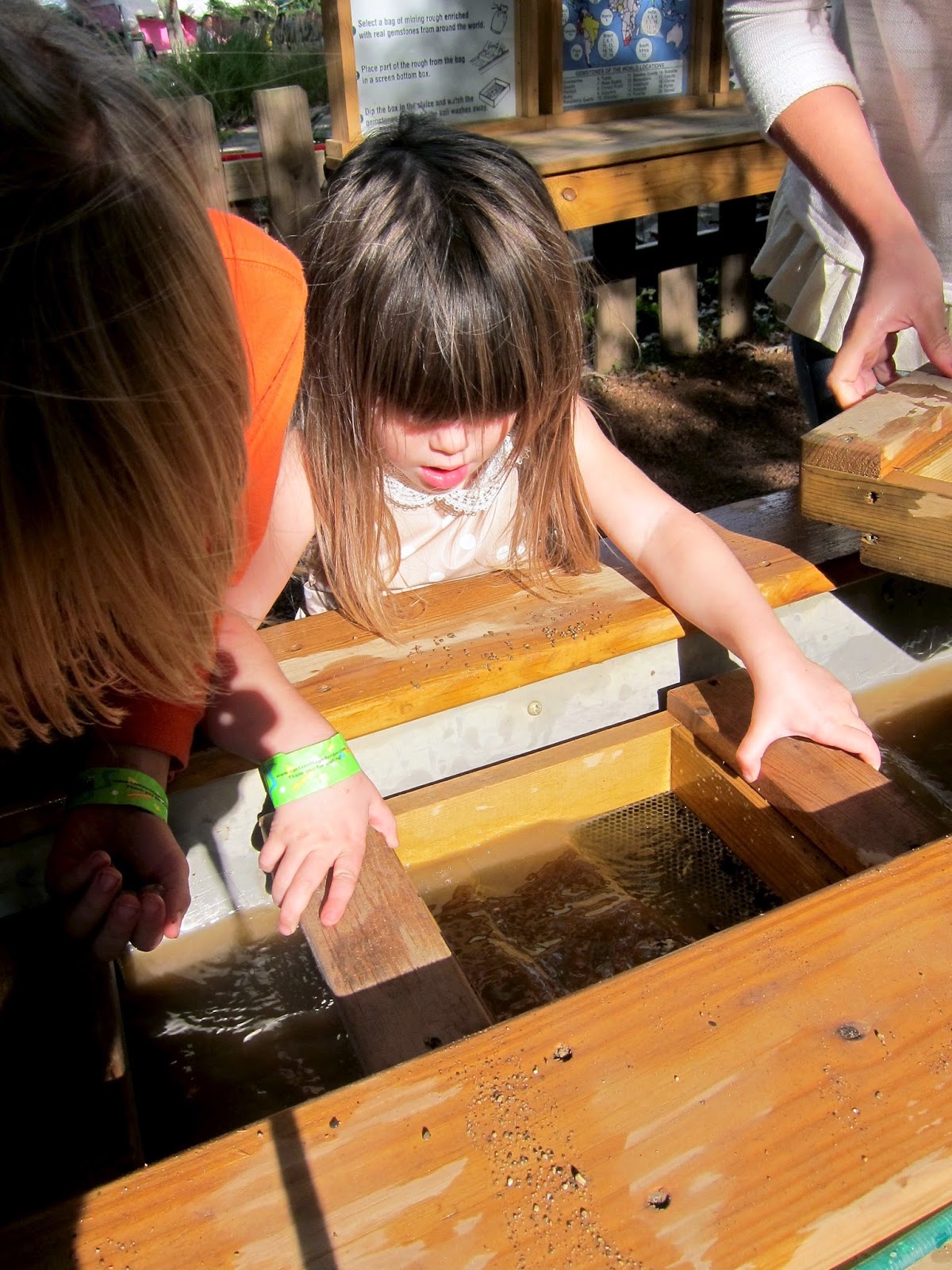 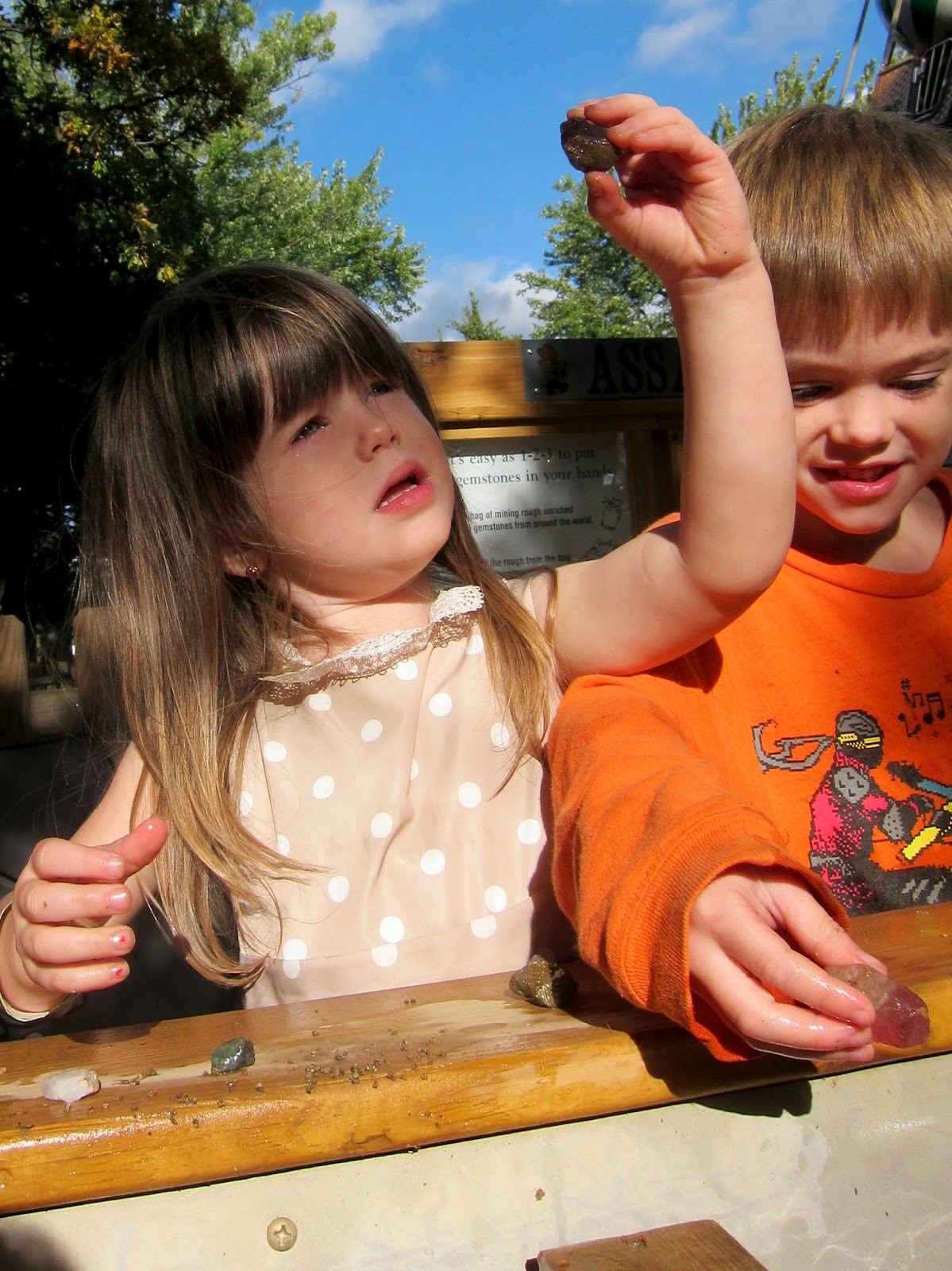 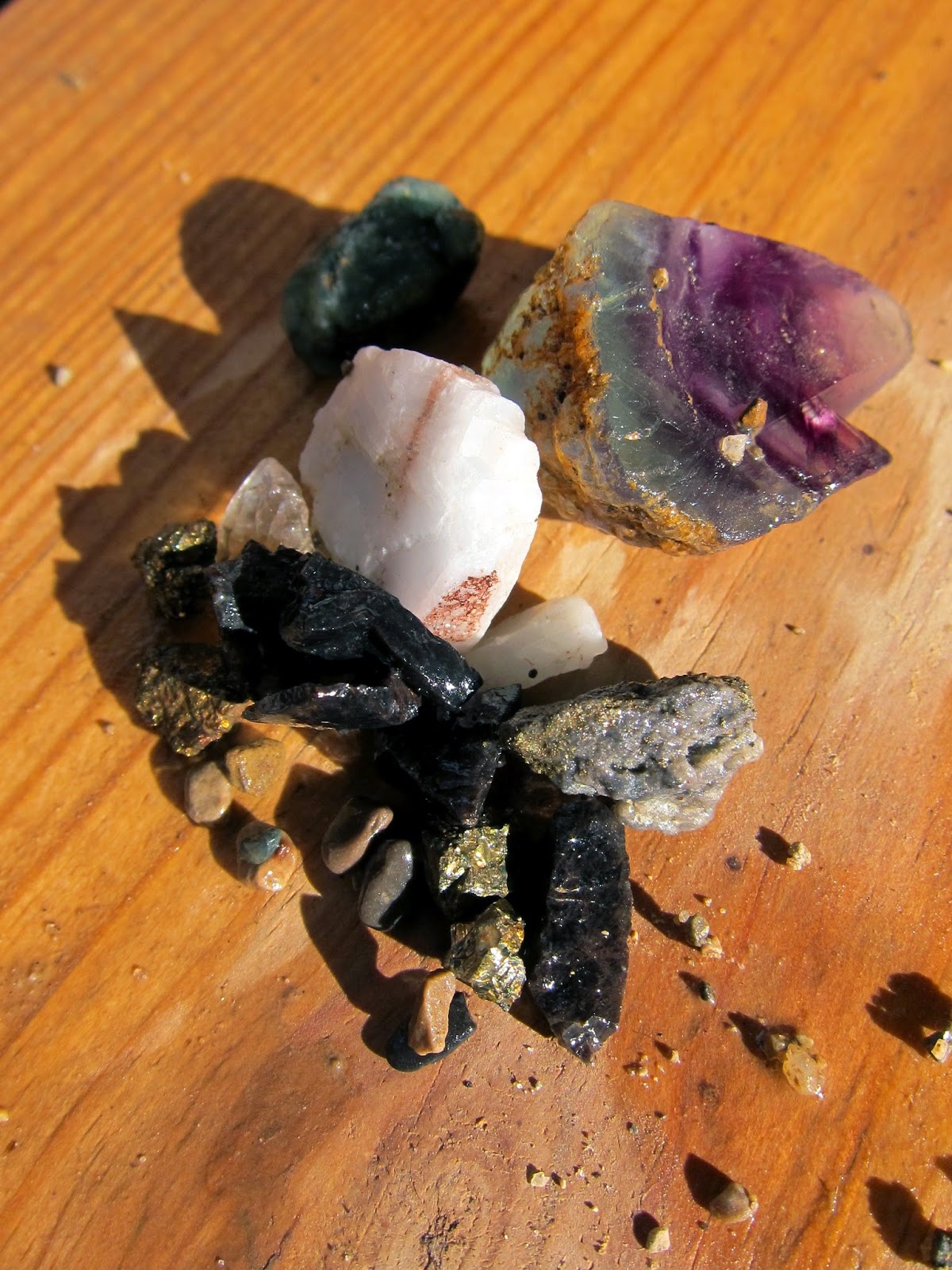 We are all excited to go back next year and see what other changes have been made. It's been fun to watch this place find new life again.

PS...We don't do much with Santa at our house but for those of you that do, I feel like I should mentioned that there is a little Santa's Cottage where children can visit him.