August 22, 2016
Big Buddy turned nine this month! Every time another birthday of his rolls around my emotions are so mixed . My heart could burst with pride when I think about the young man he is growing in to; but I also wish motherhood came with a pause button.

This year to celebrate he wanted to have some of his favorite friends over at a local forest preservse so they could shoot each other with Nerf guns. 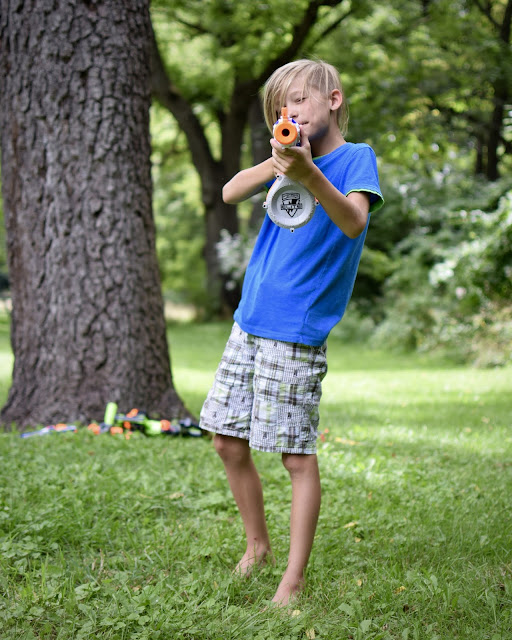 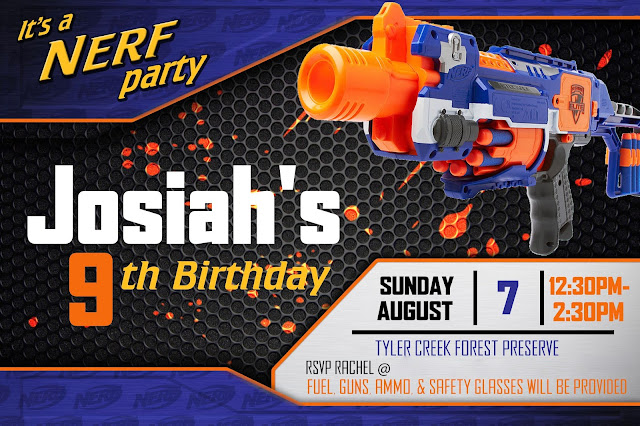 I like party planning and going big with themed food, decorations, and favors. Those aren't Big Buddy's things though so we kept this party pretty simple. I found the invite on Etsy. For favors each of the boys received a small Nerf gun, safety glasses (to help put the moms at ease), and a carabiner with a bag attached to hold bullets. 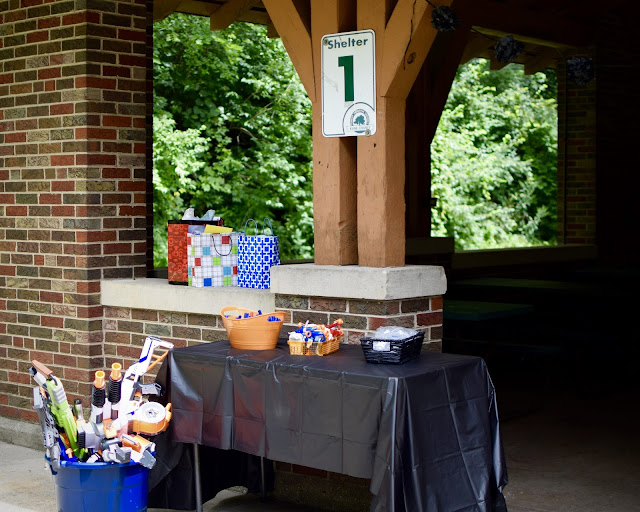 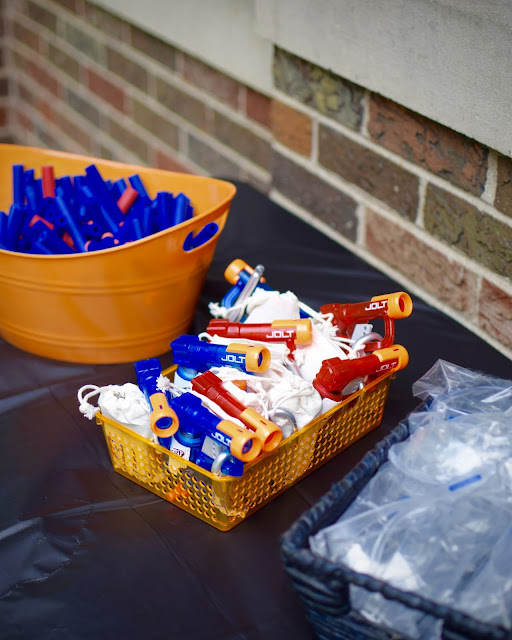 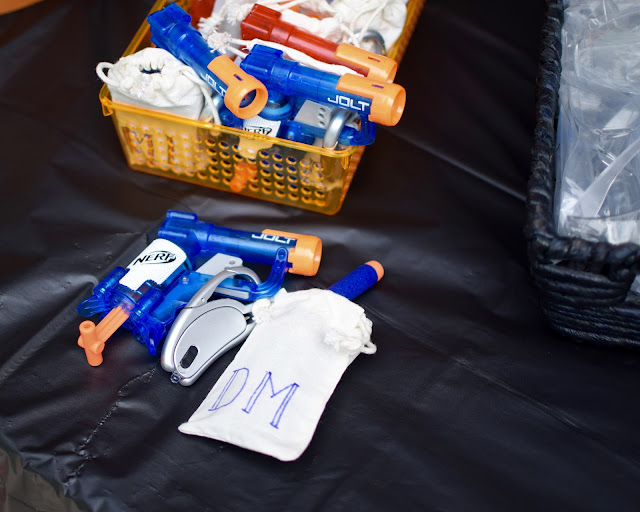 The food was really simple: pizza, carrots, apple pouches, and gatorade or water. Big Buddy is not a huge fan of cake but he raves about this simple ice cream sandwich cake. It really is very simple; him and Mini Man made it pretty much all by themselves. 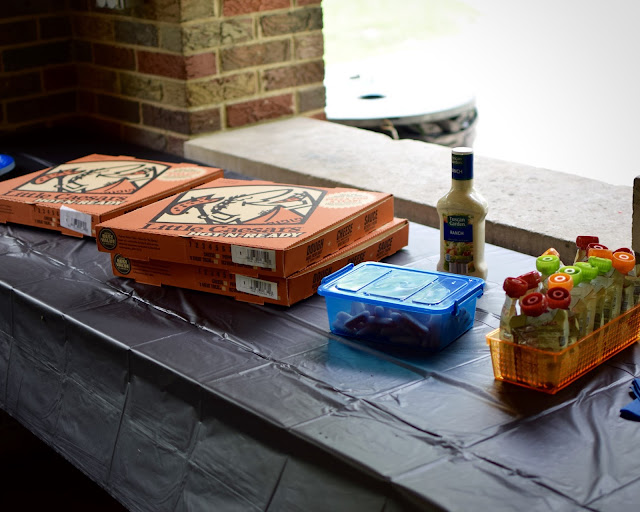 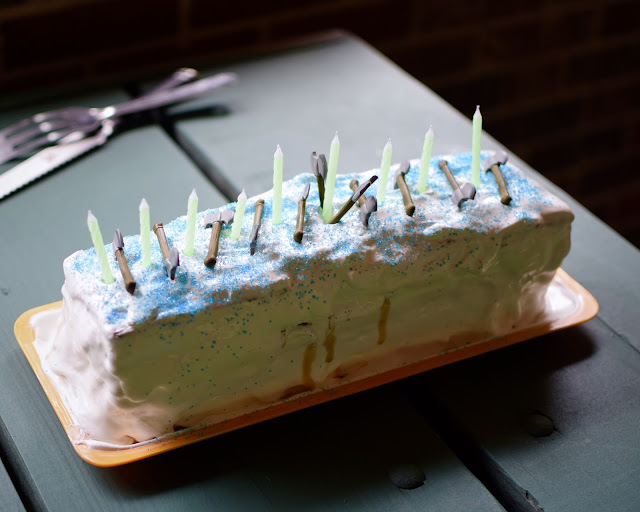 The stuff you see coming out of the side of the cake is caramel syrup...the boys loved it, they thought it looked like blood. 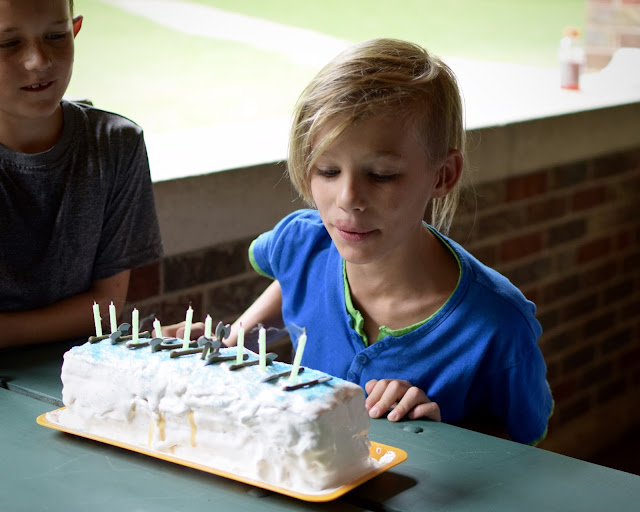 I brought some cups that I had planned to stack for target practice but the boys really just wanted to shoot each other. They created their on games of Nerf dodgeball and capture the flag. 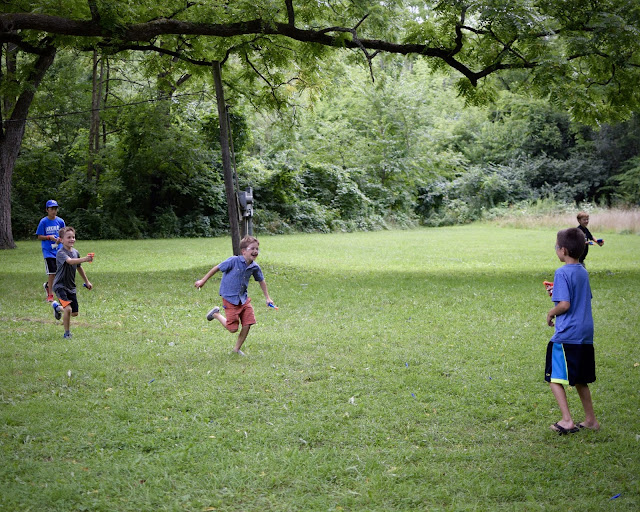 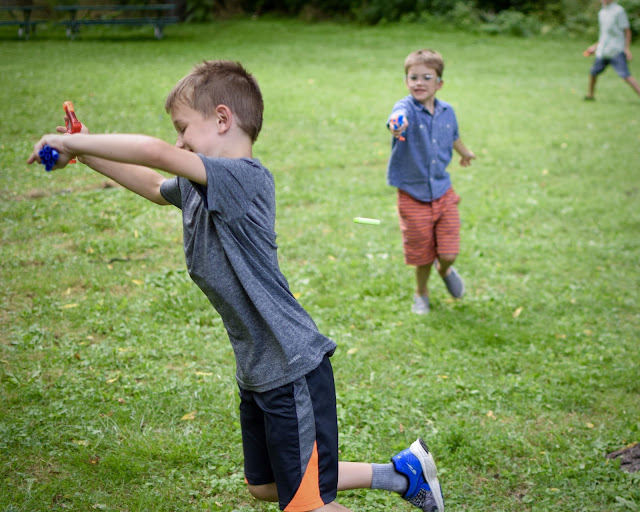 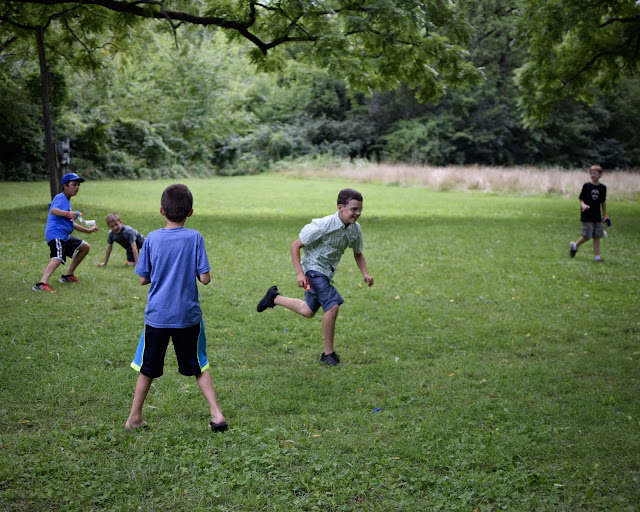 So thankful that Big Buddy as developed so many solid strong friendships. I know many of these boys will be some of the iron that God uses to sharpen him.