November 27, 2016
Christmas trees just scream happiness, there is something just warm and comforting about them. This past Friday we went on our annual Christmas tree hunt. It's become one of our favorite traditions. Jeremy grew-up cutting down a real Christmas tree so in his mind fake is not even an option. There were plenty of years were my family didn't have a tree; so, it took me awhile to understand what the big deal was. But now I'm in full agreement - real trees are the way to go! 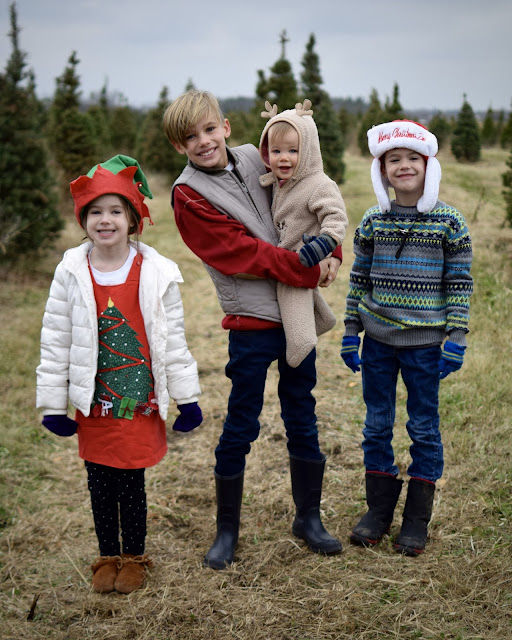 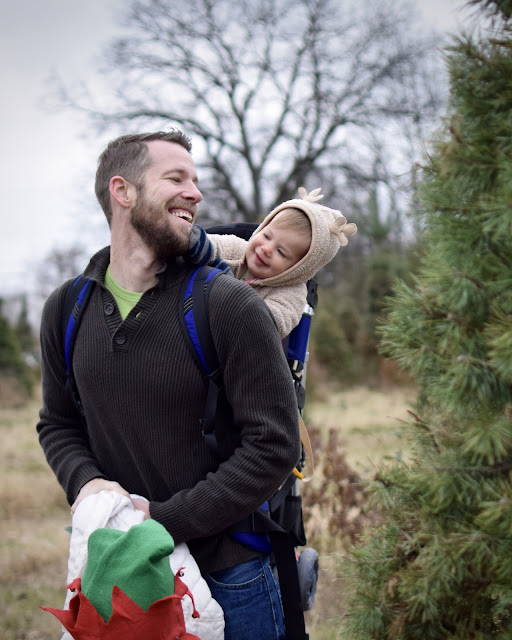 There is a huge part of me that loves Christmas - the celebration of our Lord Jesus choosing to be our Immanuel! If I'm honest with you though it's not always the easiest time of the year for me. Growing up the holidays were always a chaotic time. Instead of being full of celebration and joy they were tense and sometimes explosive. It's been a struggle to not continue to carry this baggage. I can get overwhelmed with trying to make everything perfect. My desire to give my kids better memories can sometimes backfire when I become tense because everything isn't going as I planned.

Other Christmas tree excursion haven't been bad. Jeremy is such a perfect match for me; he keeps his laid-back-go-with-the-flow temperament even when I start to spin out of control. This excursion was probably our best one yet though. I didn't let the hiccups (and there are always hiccups when you have little ones) faze me. I took a page from Jeremy's book and let things slide. I was able to focus on what was really important and I had so much fun.

It hasn't been as quickly as I would of liked but Friday and this weekend has brought me so much  joy because I can see my prayers being answered. The Lord is slowly changing me. It's nice to have a tangible example of the old (controlling, irritable, etc) slipping away and the evidence of new (patience, gentleness, and joy) taking it's place. 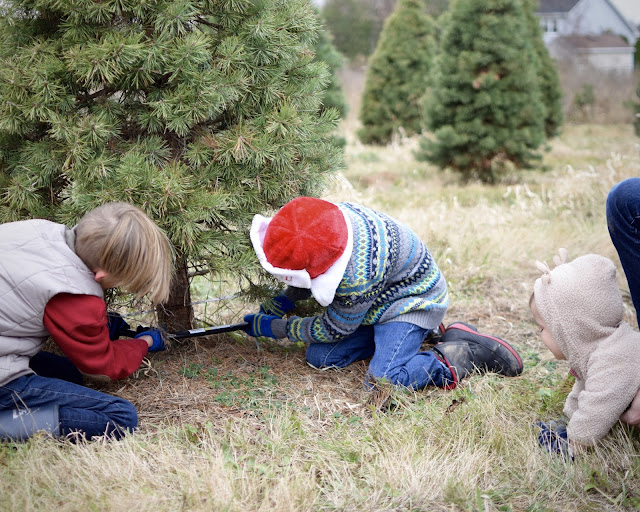 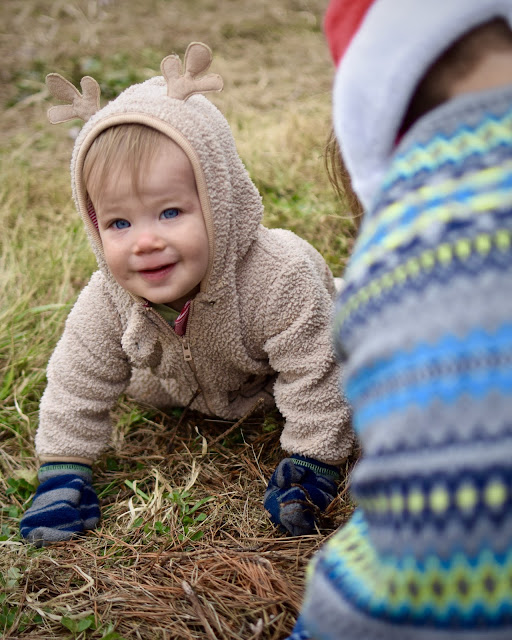 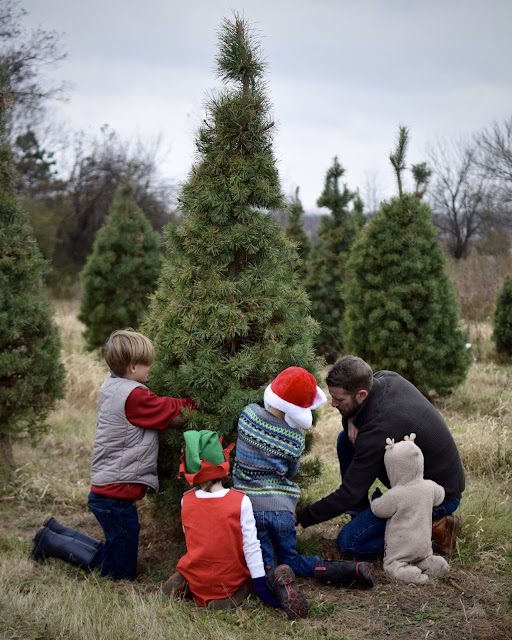 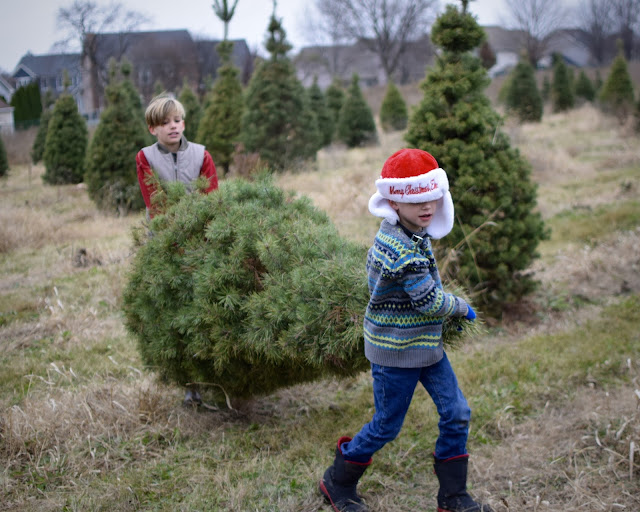 Over the years we have visited five Christmas tree farms in our area and we are all in agreement that Abbey Farms is our favorite. They have a huge selection of reasonably priced trees. The staff are super friendly. Plus, while they shake and net your tree they treat you to complimentary hot chocolate and apple cider donuts. 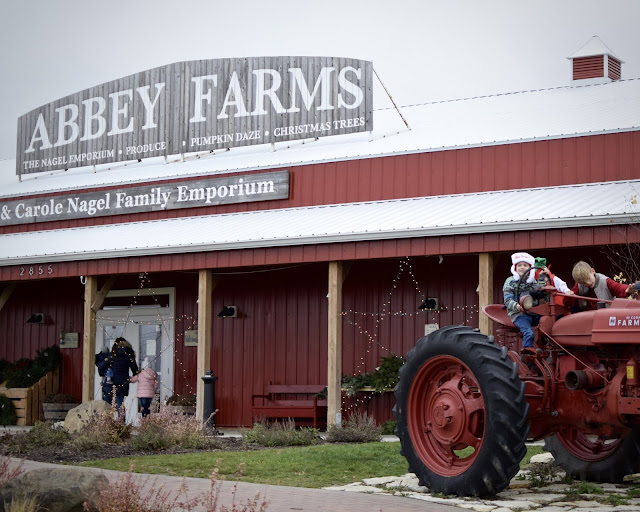 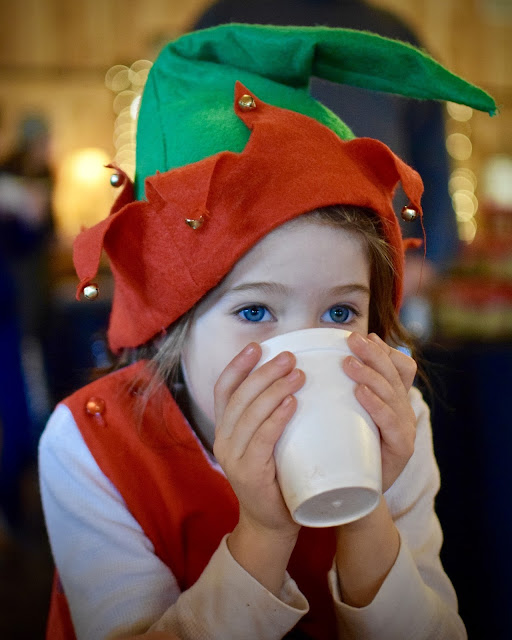 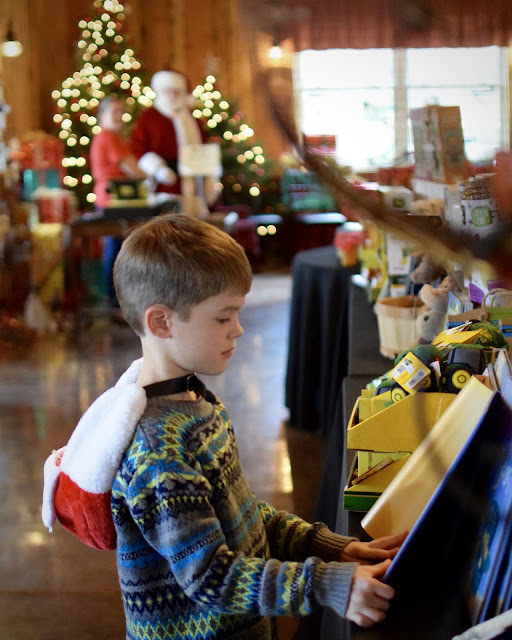 They also have a Santa for pictures and friendly chats. Little Lady is so funny. We have always been open about the fact that Santa is a make-believe character. We've read about the historical St. Nicolas and basically have told the kids that Santa is fun secret way for people to give gifts to those less fortune than them. The kids have never received gifts from Santa because we tell them they are fortune enough to have lots of family members who can afforded to spoil them. Instead we have the kids play Santa to some lower-income children in our area. Last year, when Little Lady saw the Santa at Abbey Farms, though, she was convinced he was real. She talked about him for days and had come up with all these reason about why he was the REAL Santa. This year she was so excited to see him again and still insists that he is the one true real Santa Claus. 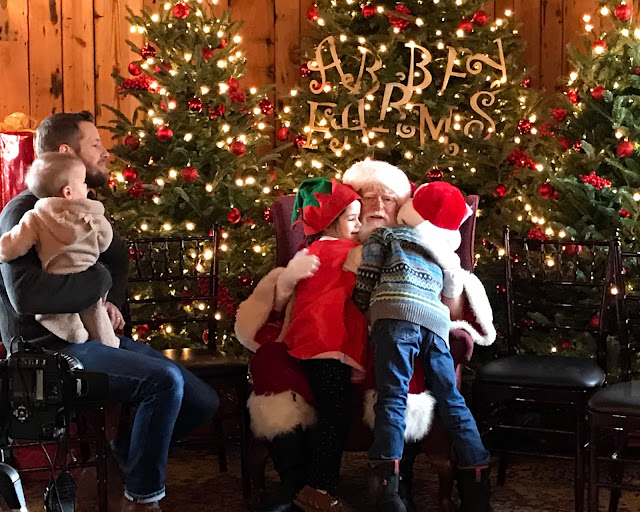 We also got around to decorating our tree on Friday. So far BabyZ has done a great job at leaving it alone. He loves to look but hasn't tried to pull off any of the ornaments. It's an Australian pine tree so the needles aren't super sharp but I don't think he's a fan of how they feel. Hopefully, his aversion will last at least until January 2nd. 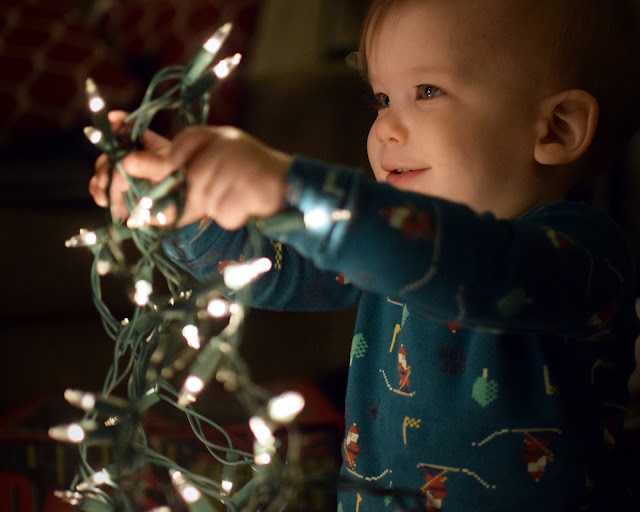 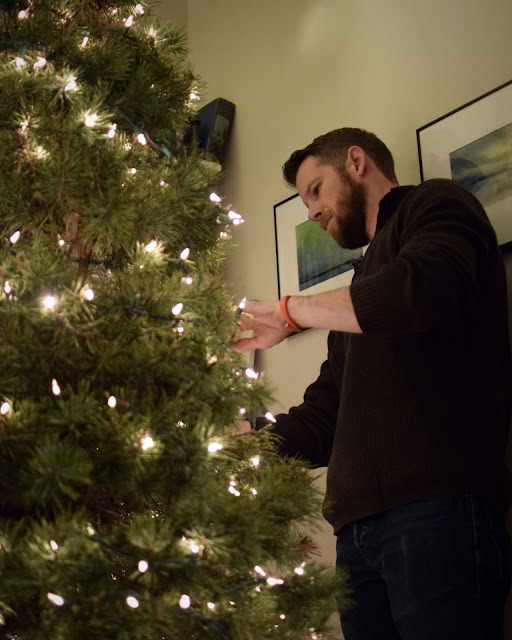 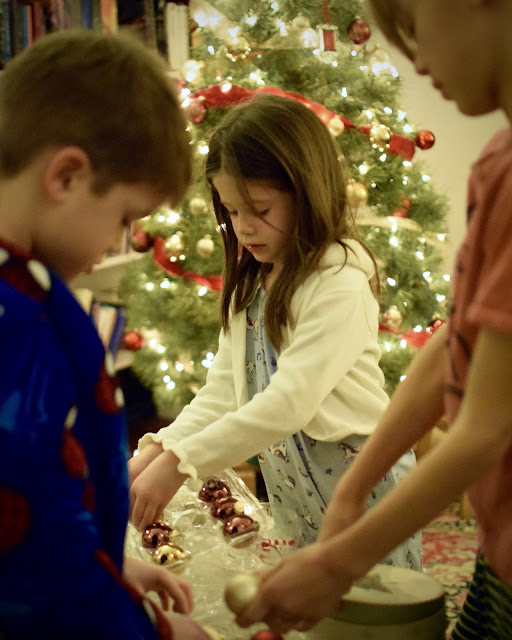 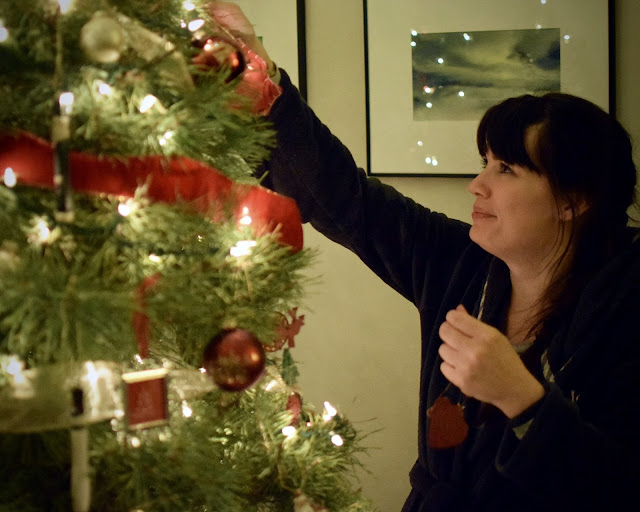 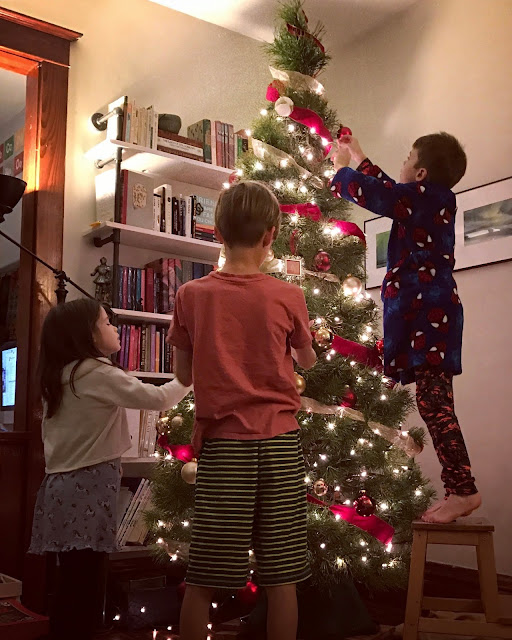 Just like the with scarecrow costume, I've also made all my kiddos dress-up as reindeer. 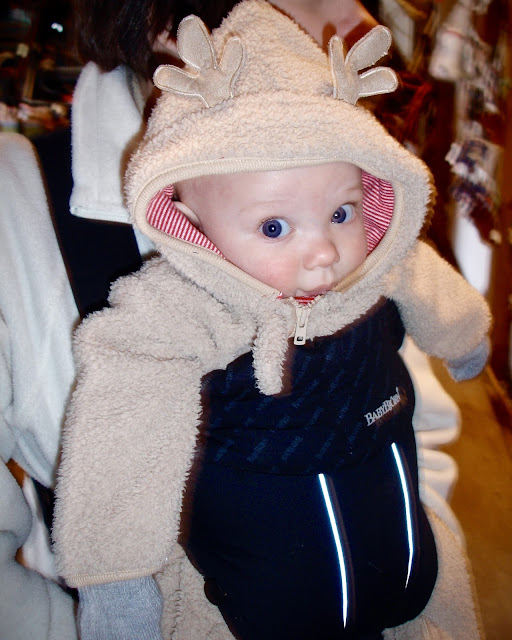 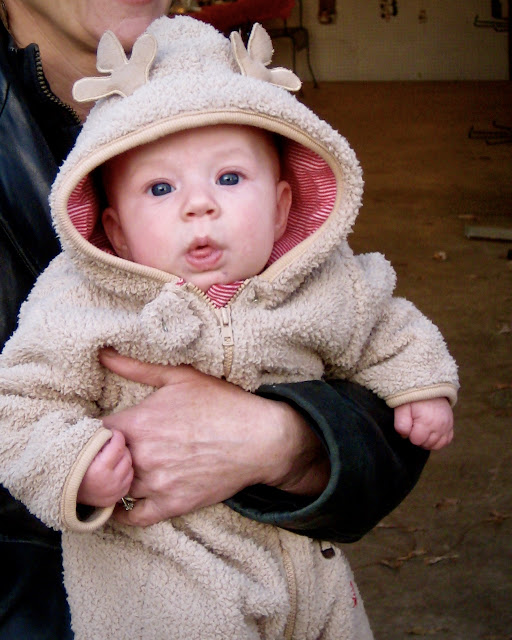 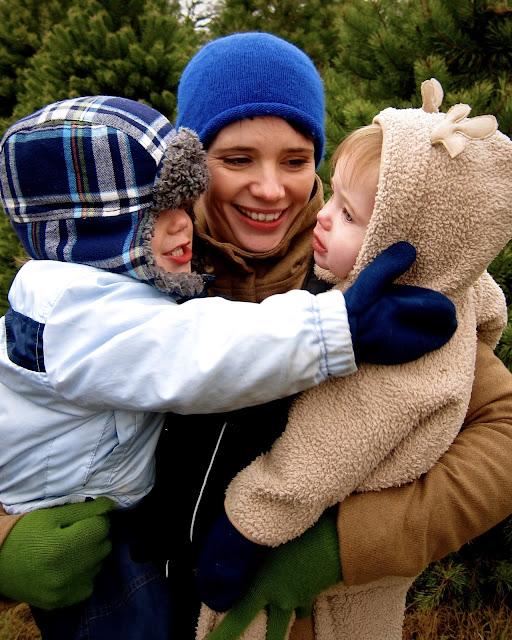 It makes me smile that they have all worn this sweet little outfit...hoping they'll agree to let me put it on my grandkids someday too.