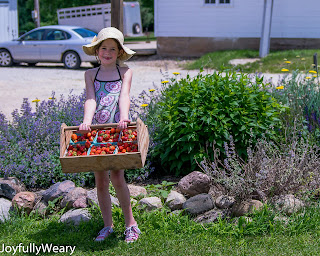 A couple weekends ago we went to one of our favorite farms to pick strawberries. This has become one of our cherished summer traditions. This year was extra special because Maca got to join us for the fun. 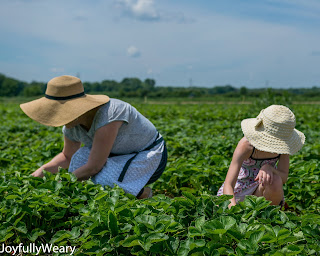 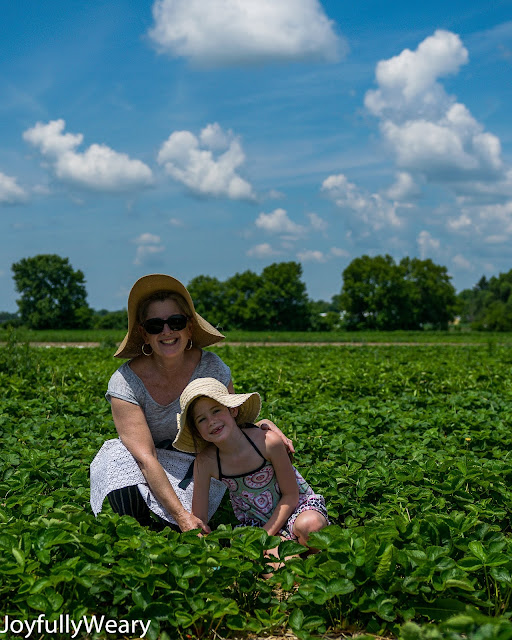 It's usually best to go early in the morning when picking Strawberries so you avoid the heat. We however, took things slow and didn't get out to the field until a little after ten. BabyZ was a trooper for about ten minutes and then decided he'd just rest on Dada until we were finished. Jer's such a rock that he took it all in stride. All the rest of us mentioned the heat a couple times, but despite the extra baggage Jer never complained and went along picking and smiling the whole time. 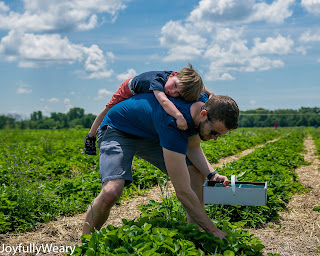 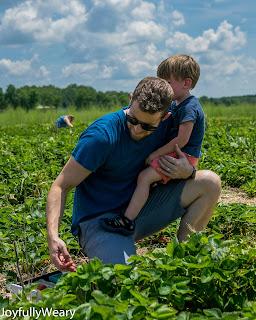 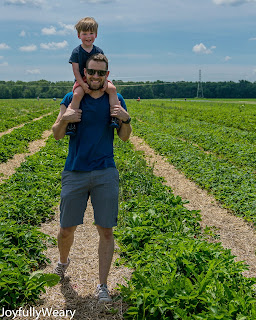 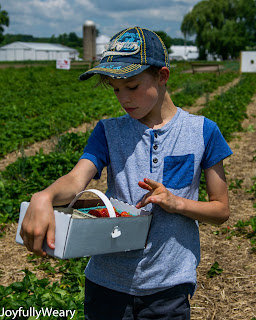 Big Buddy has always been a finicky eater and for the most part turns his nose up at fruit (thankfully, he's a bit better with veggies)...that is until we go pick it ourselves. He didn't like apples until we went to an orchard when he was three; and then he ate over 1/2 dozen as we were picking. He also wasn't a fan of strawberries until we started picking them ourselves. He'll eat them at other times too but he's pretty insisted that fruit tastes better when you pick it yourself. 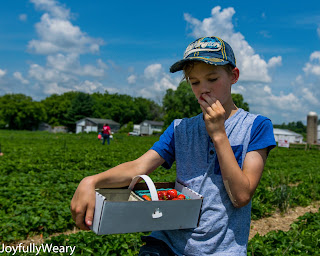 At the edge of the orchard are a couple really good climbing trees. I think this time around it was the kiddos favorite part - they were so excited for some shade! 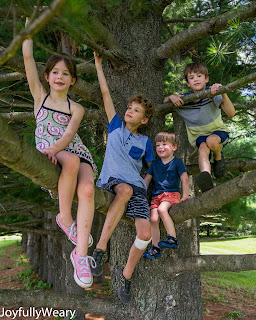 Look at the pictures Jer and I were blown away but how much our kids favor each other - we really only do make one face. 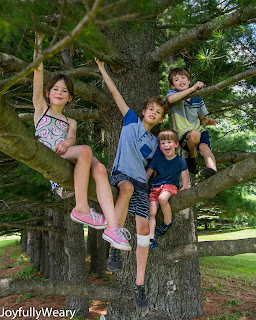 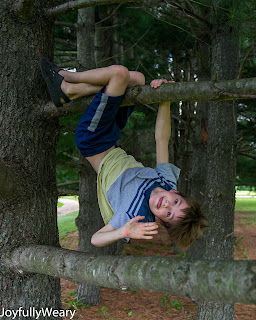 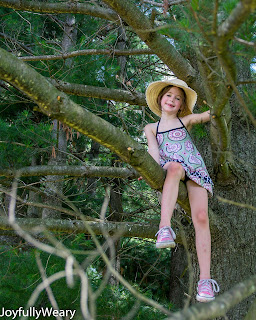 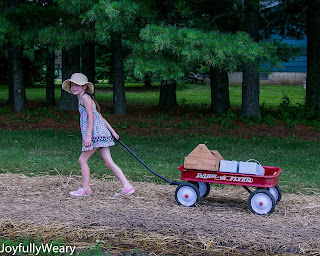 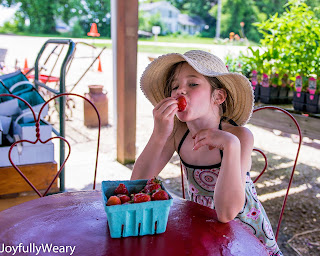 One of the things I like best about Cody's Farm and Orchard is that it's not too commercialized yet. Fingers crossed they stays this way; I'm a bit of a snob and if we are going to visit a farm I want it to feel like a farm. I think it's the Iowa girl in me coming out - orchards and farms don't have exotic animals and carnival rides...they just don't!

That said, they do have some other nice amenities to help stretch out the fun. There is some cute nostalgic tables for enjoying food plus some simple play areas for the kiddos to roam. 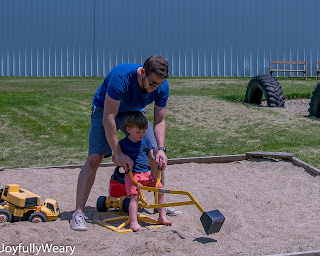 They also had come goat kids which BabyZ loved. He was pretty sure they were meant to be best friends. 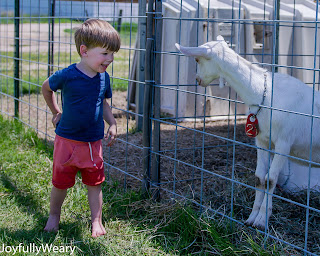 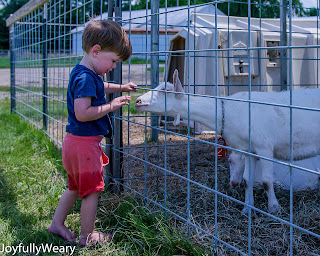 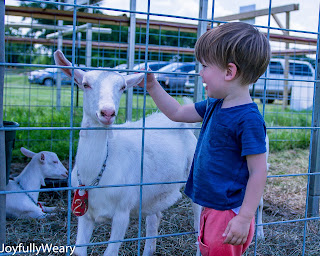 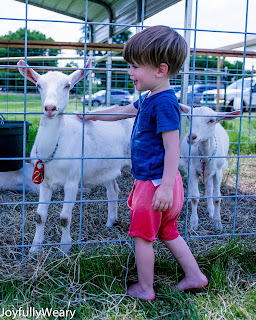 You can see photos from our other strawberry picking outings here and here.

I'm all about the books, if you are looking for a read-aloud I highly recommend Strawberry Girl. It's a Newbery winner written by Lois Lenski; set in the early 20th century, it tells the tale of a girls excitement and the obstacles she faces as her family tries to harvest their first strawberry crop.

If you have any strawberry themed book recommendations please share.