March 17, 2018
I've mentioned before that we are big on traditions, especially holiday traditions. St. Patrick's Day doesn't get left out! Every year the kids' aunts send them a box full of St. Patrick's Day goodies.  We deck our house out in in green and then count down the days until the leprechaun visits. This year was a little bittersweet for me, because in past years the kiddos didn't call it St. Patrick's Day; it was a count down until Green Day...nobody called it Green Day this year. They are growing up too fast!

At our house the leprechaun hides some gold/golden wrapped candy under a hidden rainbow. To find the rainbow the kiddos have to solve five rhyming riddles.  He also dyes some milk green, sets out the Lucky Charms, and usually leaves behind balloons. 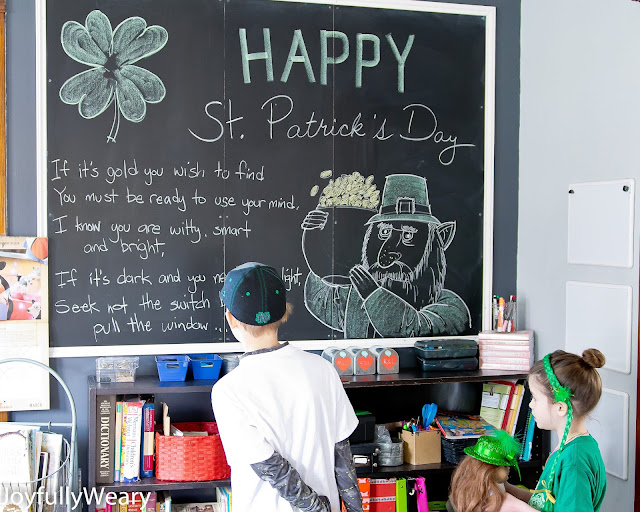 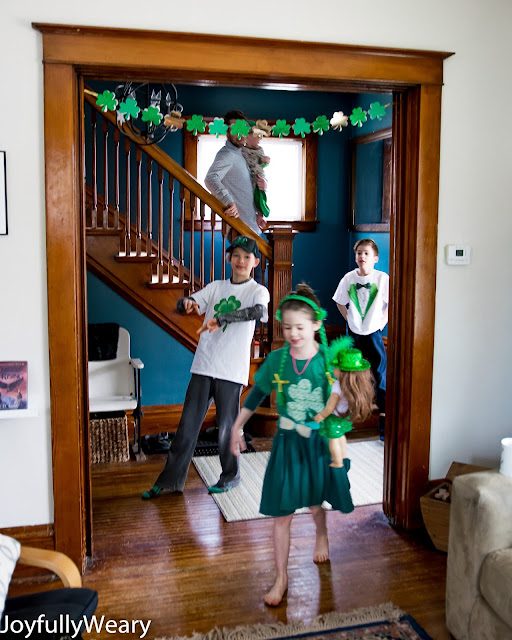 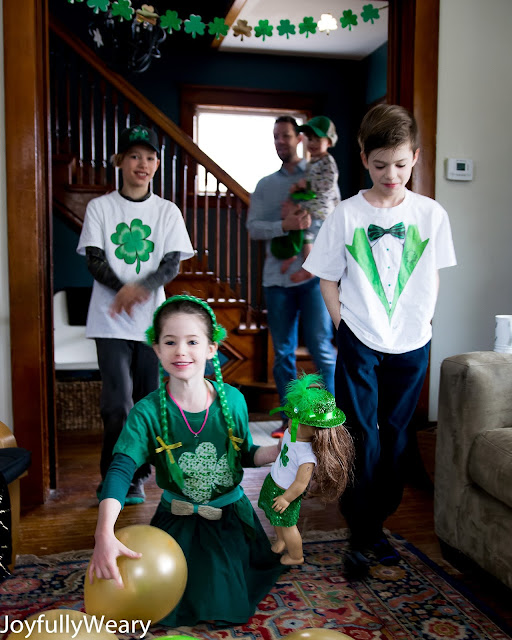 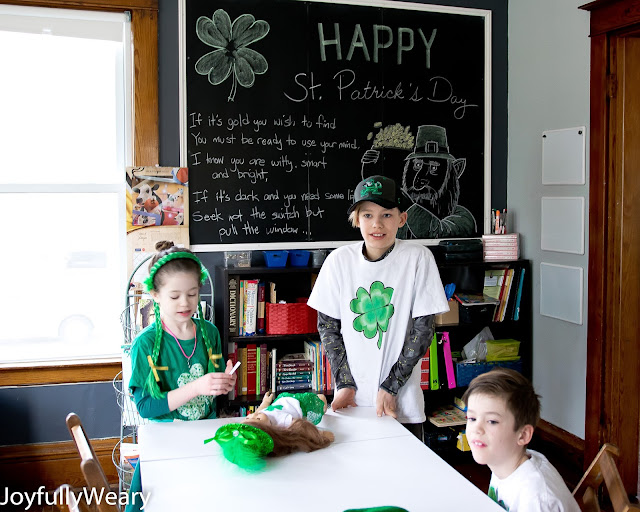 We thought the second clue would be really easy for them but it took them awhile for them to solve. That right answer was just coming to Mini Man in the picture below. 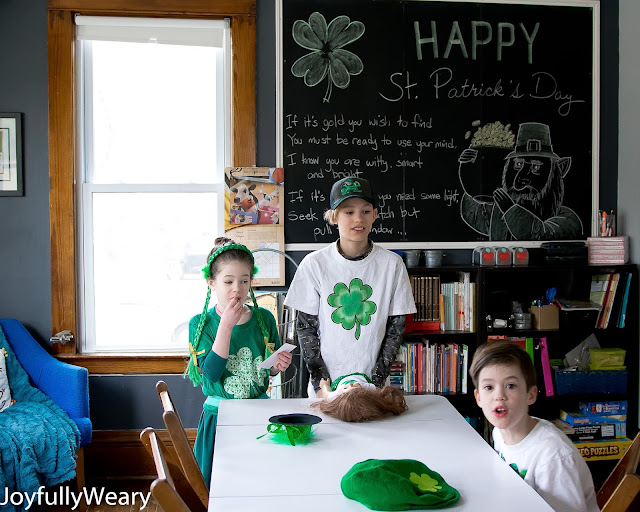 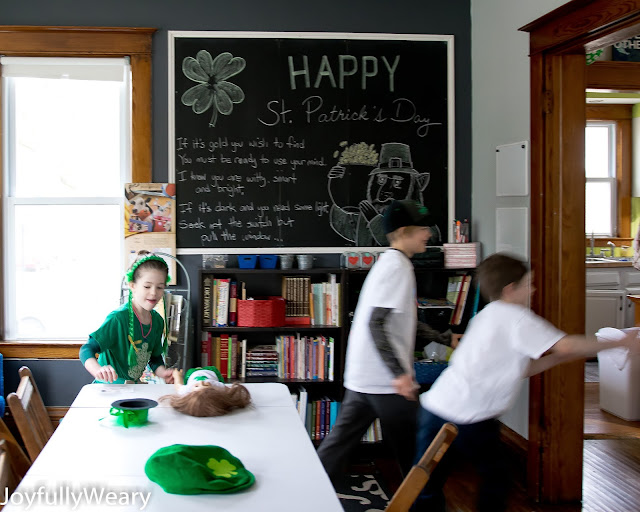 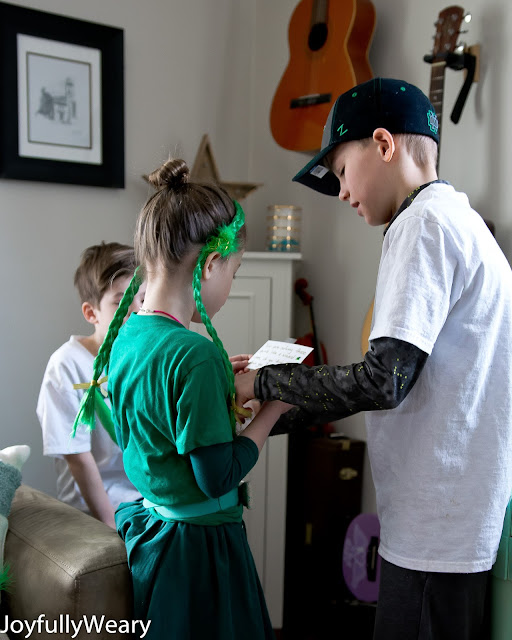 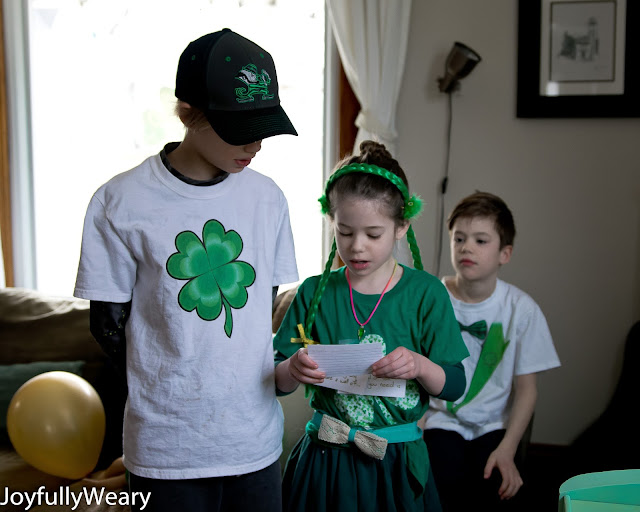 BabyZ wasn't sure what to think about this change-up to his morning routine. He could tell that his siblings were excited and tried to join the fun. When they read the last clue, though, and tried to get him to come look at his crib - he wasn't having it!  Poor guy, I think he thought he had to go back to sleep. Hopefully, the marshmallows for breakfast erased in negative feelings about the day. 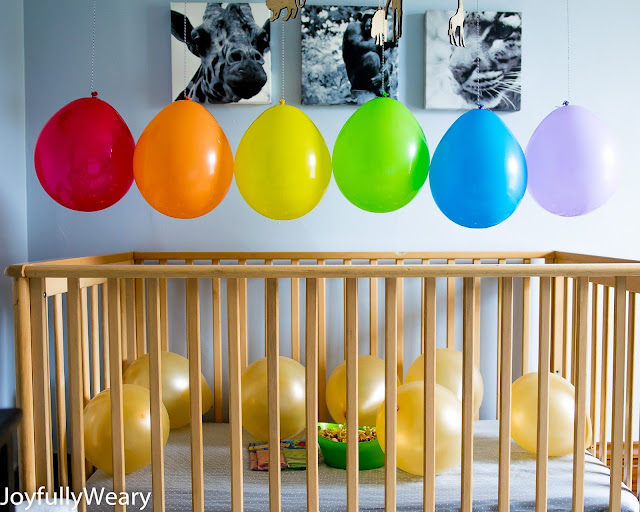 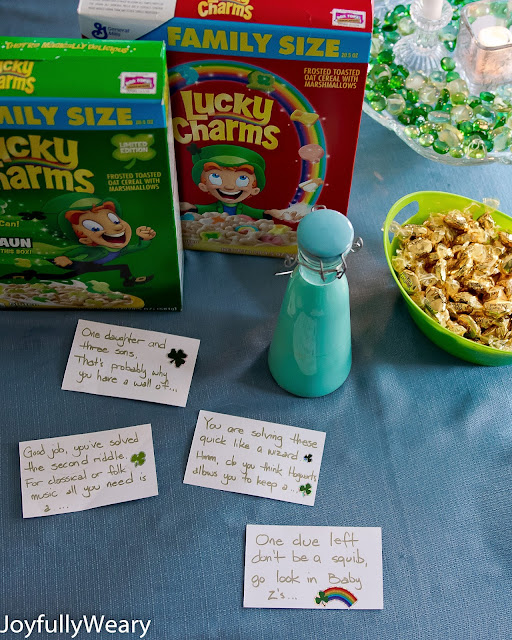 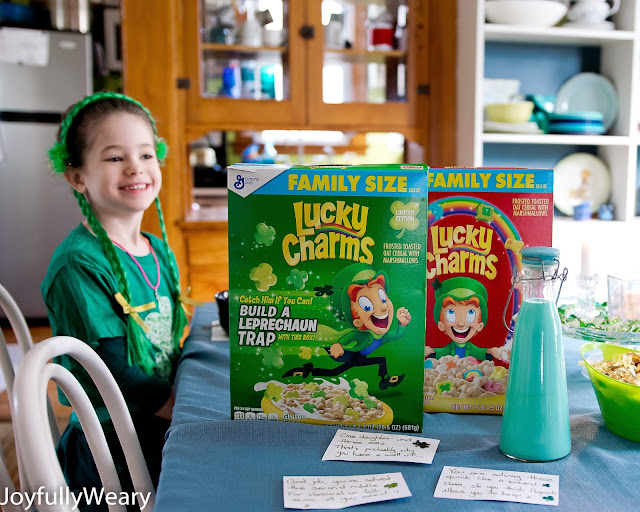