April 04, 2012
Lately, both the boys have been really in to "searching games", so I know they will love Easter's candy filled egg hunt.  I decided to capitalize on the egg hunt concept a little earlier though, for the last several days we've been searching for alphabet eggs.

I used scrap-booking paper, stencils, and a sharpie to make the eggs and then used painters tape to "hide" them around the house. 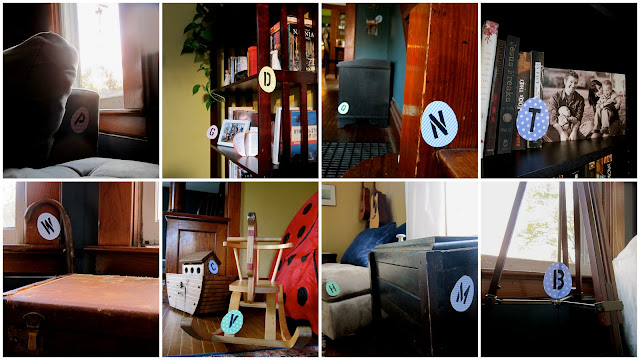 One they are hidden, the boys race around gathering all the eggs... 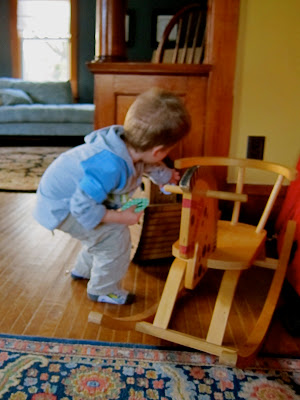 ...which they re-stick on some empty wall space. 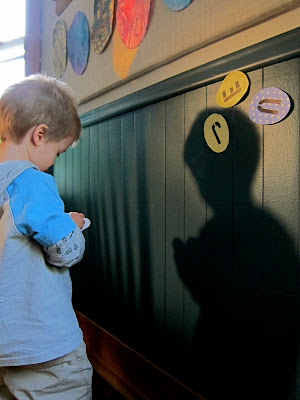 When they think they have gathered all the eggs we work together to put them in alphabetical order. 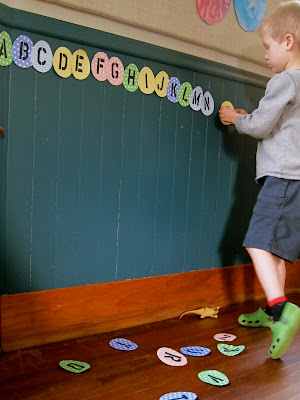 It's been a really fun way to practice letter recognition and alphabetical order. The 1st couple times we played the game Big Buddy would frequently have to go back to the beginning of the alphabet and re-sing the song in order to figure out which letter came next. Now he places most of the letters up fairly quickly.

This game was quick and easy to put together and could be adapted for almost any season - we did something similar for Valentine's Day and Saint Patrick's Day.